The new class of multihyphenates

The way we work now is changing; the nine-to-five, single-industry job is becoming a thing of the past. Multihyphenates are tearing down the traditional career ladder and forging their own paths 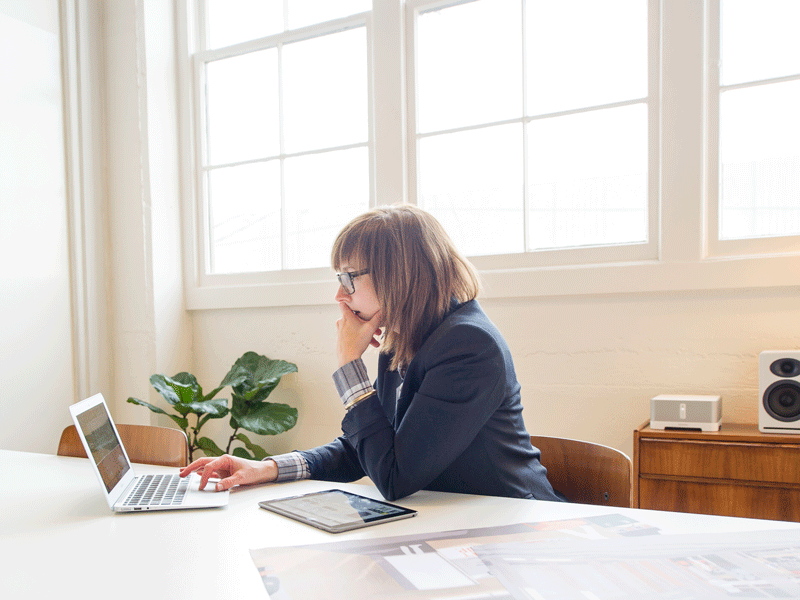 The concept of the multihyphenate has been thrust into the spotlight in recent times, as more people recognise the benefit of having a multi-faceted and varied professional career
Lifestyle

The Oxford English Dictionary (OED) defines a multihyphenate as: “A person, especially a celebrity, with several professions or skills.” According to the OED, the term originates from the 1970s, but a flick through relevant literature of the era doesn’t prove particularly fruitful, and there’s little to be found online that predates 2016.

The term multihyphenate may be a wholly modern buzzword, but the concept of having many strings to your professional bow is not revolutionary

The term has been catapulted fervidly into the mainstream this year by the work of Emma Gannon. The author-consultant-podcaster-journalist published her second book, The Multi Hyphen Method, in May 2018. It immediately shot to the top of the bestseller charts, and sparked conversation about the changing nature of the modern world of work.

In the introduction, Gannon describes her book as “the career guide I wish I’d had”. She writes: “The Multi-Hyphen Method is a practical look at how we can reinvent ourselves, the workplace, our environment, and our own personal definition of success.” More broadly, it’s a toolkit for creating a more varied, flexible and fulfilling career.

Future rising
The term multihyphenate may be a wholly modern buzzword thanks to Gannon’s book, but the concept of having many strings to your professional bow is not entirely revolutionary. Many members of Generation X will remember the introduction of the term ‘portfolio career’ by Charles Handy in the early 1980s, which has since been usurped since by terms such as ‘modular career’ and ‘multipotentialite’, as coined by Emilie Wapnick in her 2015 TED talk.

So what sets the modern multihyphenates apart from their portfolio predecessors? Primarily, Gannon argues, it’s about challenging the notion that being a jack-of-all-trades makes someone indecisive or flighty. “Being a multihyphenate is about… having the freedom to take on multiple projects,” she writes. It’s also about severing the deep-seated ties between our jobs and who we are. “Your identity becomes less about what your singular job title is,” she explains. “It becomes more about who you are, what you’re interested in, what pays the bills, and what your hobbies are.”

Gannon also puts heavy emphasis on the significance of technology in a multihyphenate career, praising its power to transform communication, autonomy and productivity. “Technology has given us more power than we ever dreamed of,” she writes. She also claims that we should be capitalising on emerging technology for self-investment, by teaching ourselves “side skills.”

Myriad industries
Although the term has typically been associated with the media and entertainment sectors, there are plenty of multihyphenates to be found in the world of business and academia too. Many have been multihyphenates for years, and for them, this is simply a term to encapsulate a life that they already lead.

Take Christina Wallace, for instance. She double-majored in maths and theatre at university, then went on to do an MBA at Harvard Business School. She’s now VP of Growth at enterprise growth firm Bionic, as well as a public speaker, freelance writer and co-host of Forbes podcast The Limit Does Not Exist, which champions those who have built careers at the intersection of STEM and the arts. “I have long been a multihyphenate, before I’d ever heard of the term,” she said. “But for me, the idea of being a multihyphenate centres around formulating a portfolio of work – and like a financial portfolio, it’s something that you can rebalance at any point in your life.” That “rebalancing,” she argues, relies upon having transferable skills that we can use at any point of our career, according to what we need from a job at that time; whether that’s the chance to be a creative pioneer, or a steady and supportive income.

Wallace is also a keen proponent of Gannon’s idea that our identity shouldn’t been solely rooted in our job. “When I’m asked what I do, I tell people that I’m a technologist, a creative and a storyteller,” she said. “My identity is constructed according to what I give to the world, and my job is how I demonstrate that.” She cites her degree as an example. “When I was at university, everyone thought it was bizarre that I studied maths and theatre – they couldn’t see the connection. But either way, I was creating something, and that applies today too, whether that’s a start-up business, or a podcast.”

For others, The Multi Hyphen Method gave them licence to chase the varied and unrestricted career that they had always dreamed of. Emma Maslin is one such example. A qualified chartered accountant, she left her role in corporate finance to pursue a multihyphenate career, combining consulting work for her previous employer on mergers and acquisitions, blogging on personal finance, and managing her family’s rental property business, which she said gives her “freedom on my own terms.”

Maslin agrees with Gannon’s affirmation that our working culture is changing at a rate of knots. “I’m a firm believer that when our children grow up, they’ll think it bizarre that we used to get in a car or on a packed train and commute for one or even two hours to a desk, and work there from nine until five,” said Maslin. And it seems that fewer and fewer of us believe that there’s any longevity in our current working hours. According to research from the Recruitment and Employment Confederation, just 13 percent of Brits believe they will be working in traditional nine-to-five employment by 2025.

Clark Boyd is another multihyphenate who has eschewed his nine-to-five within an advertising agency in favour of becoming a “teacher-writer-researcher-workshopper-consultant.” He now teaches online classes for MIT and Columbia to students across the world, from India to Dubai to California. He also consults for various digital marketing firms, running workshops for Google, and writing regular features for Search Engine Watch and The Startup.

Feeling “uninspired and stifled” in his corporate role, he left several years ago to pursue a multihyphenate career and hasn’t looked back since. “In my agency job, I felt completely removed from both the production and the results,” said Boyd. “Now, there’s a direct relation between me and the work, and me and the reward.”

Like Maslin, Boyd is dubious of the nine-to-five trap. “Conceptually, we think that work is nine to five, but there’s no reason for anyone to work those hours anymore,” he said. “We could all be living much more flexible lives.” He credits technology as the facilitator of this flexibility. “It collapses time and space,” he added, reflecting on how technology allows us to work with anyone, anywhere, any time.

Shifting parameters
The rise of this new class of multihyphenates is symptomatic of a wider societal shift away from the single-career life, and a desire to future-proof ourselves in order to adapt to a rapidly changing workplace. In notoriously competitive industries such as media and finance, having multiple strings to our bow allows us to stand out from other candidates in interview processes and makes us more valuable employees. But it’s not just about what we can offer to employers – on an individual level, what we want to get out of our careers is shifting. We valorise flexibility and fulfilment more than ever before, and pursuing a multihyphenate lifestyle is just one way that we’re achieving those things.

Gannon cites The Multi Hyphen Method as a way to “leapfrog over old barriers”. These barriers might be technical skills that you never had the chance to learn in a corporate role, or a rigorously prescribed career ladder that is practically impossible to climb. This way of working, she argues, allows us to overcome those challenges, by not only changing the way that we work, but also the way that we value ourselves. There’s not one of us that wouldn’t benefit from feeling more empowered, more valued, and more ready for what the future might bring. If a multihyphenate lifestyle allows us to achieve all of those things, so much the better.