Alex Ljung never stops thinking about sound. The young CEO has taken Soundcloud from plucky internet start-up to the web’s largest audio-distribution platform and is looking to expand even further 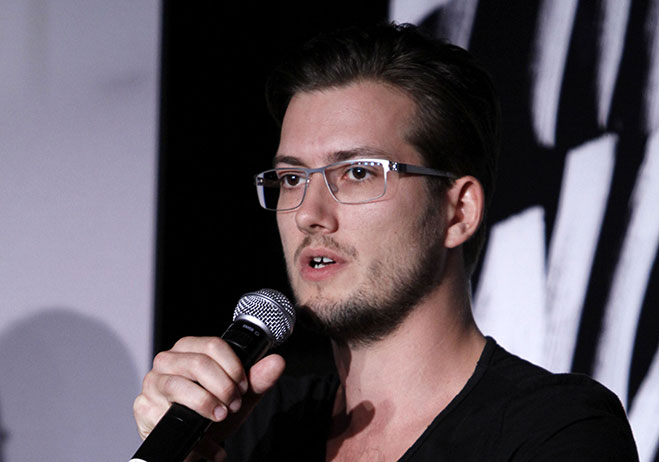 “For every single human in the entire world hearing stuff is a key part of how we experience life,” Alex Ljung says. “It’s one of the senses and therefore deeply fundamental, we totally take it for granted and it hasn’t been developed enough online.”

That all changed in 2007, when he and partner Eric Wahlforss launched SoundCloud –  a platform for musicians to share their works with one another (or as Ljung describes it, “the Youtube of sound”). Five years on, the site has become the largest of its kind. It currently serves as home to 30 million registered users and the figure is said to increase by 1.5 million every month. SoundCloud has also become integrated into virtually every social app, and so reaches a further 180 million people every month. Ljung’s days are spent dreaming up ways to reach the web’s other 2.3 billion users.

The right track
Born in the UK but raised in Sweden, the origins of SoundCloud’s success can be traced back to Ljung’s teenage years, when he developed an obsession for both music and technology. He began to envision ways he could infuse these two passions, so decided to try his hand at producing a homemade music album. A post-production studio heard it and snapped up Ljung right out of school. Yet in order to learn more about technology he also enrolled in Stockholm University on the side. It was there he met future partner, Eric Wahlforss.

Before SoundCloud, the workaholic partners pursued a number of side projects. While at university, Ljung founded his own media production agency. The engineer was also able to learn more about business strategy and development while working for production companies like SF Anytime. During these early stages of his career, Ljung’s work received some impressive commendations – least of all an Academy Award nod and a gold medal at Cannes for his sound contributions to foreign films and advertisement campaigns. Although continuing to prioritise artistic freedom, Ljung was beginning to realise the lucrative potential of commercialising good ideas – which pushed him back into school. Ljung earned a marketing degree at Stockholm’s School of Economics in 2006, and then pursued an MSc in media technology. All the tools were now in place.

Click to play
The key to SoundCloud’s success is undeniably its user-friendly platform; creators Ljung and Wahlforss knew this would be paramount from the site’s embryonic stages. As the two brainstormed various ways to improve accessibility, they were inspired by the ways in which sites like WordPress and Flickr allowed everyone to be their own artist and create something new. The duo decided this was the sort of site they wanted to build.

As Wahlforss and Ljung continued to bounce ideas off one another, they noticed a growing gap in the market for recording artists who wanted to send and receive large music files on the web. It didn’t hurt that the popularity of former music giant MySpace was plummeting. In an attempt to cash in on the behemoth’s fall from grace, the two moved to Berlin and found some start-up cash to launch the initial SoundCloud interface. Ljung became the start-up’s CEO, while Wahlforss took on the role of CTO. Straight out of the gate, the partners stayed true to their mission – although the site did evolve over its first couple of years. Initially focusing on the artists’ ability to record and share music from any device, the site’s platform progressed so as to increase user-friendliness towards fans as well as artists. SoundCloud was exactly what the web had been waiting for, and by 2010 it had completely taken off with over one million users. By the start of this year, it dwarfed competitors like Spotify and Pandora.

As a young CEO, Ljung has proven extremely adept at observing his competition and learning from their mistakes. Where MySpace, for example, tried to fend off Facebook for the top place among the world’s social media sites, Ljung has manoeuvred SoundCloud into partnerships with sites like Facebook and Tumblr, so as to form symbiotic relationships that marginalise competitiveness. Ljung and Wahlforss have also chased down a number of deals over the last two years that ensure SoundCloud is integrated into all the newest apps on every mobile platform. Yet looking past the site’s exploding popularity, its ability to make money is still being questioned.

Turning it up
Where Facebook opted to build up its user base before trying to monetise operations, SoundCloud is currently pursuing a ‘freemium’ model. This guarantees users the ability to create a basic account at no cost, but charges them an annual fee should they choose to upgrade their account to one featuring additional online storage or plug-ins. Users love the idea, but the challenge for Ljung’s expansion strategy then becomes as follows: only five percent of SoundCloud subscribers are paying customers. Consequently, the site still has yet to make a real profit, and is kept afloat solely by investors. Forbes has reported that heavy hitters like Kleiner Perkins recently lifted the site’s total funding to around $45m, and estimates SoundCloud’s total value currently sits somewhere between $350-400m. After tripling its audience in less than a year, investors appear confident the site’s worth will continue to rise.

“We think it’s going to be worth as much if not more than Pandora and Spotify and all those guys,” says GGV Capital’s Hany Nada. “There’s stuff on SoundCloud I can’t find
anywhere else.”

This influx in capital investment based on a belief in the merits of Ljung’s product has allowed SoundCloud to increase its worldwide staff to 170. The site’s designers are constantly developing new-and-improved features that continue to attract new users and edge away from competitors. Alex Ljung’s success as a CEO, therefore, has stemmed not only from knowing his competition, but also knowing his niche. As he continues to pursue new innovations and finally turn a profit, Ljung’s eye for expansion appears to know no bounds. His next goal is to overtake YouTube as the web’s top media sharing platform. If SoundCloud continues to grow at its current rate, he just might be able to do it.