GlaxoSmithKline have been pioneers of the pharmaceutical industry for more than twenty years now. What kind of person carries a beast like this? 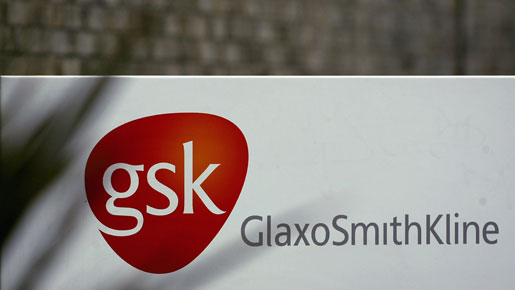 Andrew Witty, the CEO of GlaxoSmithKline, began his work with GSK in 1985, and after building his career within the UK region, his position led him further, fulfilling senior roles on a global scale. When Jean-Pierre Garnier retired in May 2008, Witty filled his role, becoming CEO of the company.

Ostensibly acting as a catalyst for positive social change under Witty’s reign, GlaxoSmithKline, in February 2009, declared it was seeking to reduce the prices of its drugs in African countries to combat diseases which remain untreated. Within the current economic climate, and with world leaders often urged to reduce pharmaceutical prices, it is a brave and pioneering move which sees GSK appearing to place an emphasis on ethical and social outcomes rather than solely commercial gains.

GlaxoSmithKline was formed in 2000, after the merger of GlaxoWellcome and SmithKline Beecham, but in fact the company possess a long and rich history, starting with the establishment of Plough Court Pharmacy in Lombard Street, London, in 1715 by Silvanus Bevan.

In contemporary times, GSK is known as the second-largest pharmaceutical company in the world, and is based in the UK, with its headquarters based in Brentford, West London. The company has been credited with making a pledge to provide three key drugs for the treatment of HIV and AIDS to developing countries at a reduced price, and it is apparent that the work of GlaxoSmithKline in this area is in constant progression.

Witty appears to have developed solid experience in the geographical areas of South and East Africa, in which GSK is now seeking to offer cheaper medicines, as well as in South Asia, where he urges leaders for stricter punishment on drug counterfeiters. He has acted as Senior Vice President, Asia Pacific, leading the Group’s operations in Asia, and in the past has been appointed as Area Director for GlaxoWellcome, South and East Asia. In 2003, Witty was presented with the Public Service Medal, an honour bestowed by the Singapore Government.

A member of many boards, including the Imperial College Commercialisation Advisory Board, as well as being a member of the Health Innovation Council, Witty is also a noted marathon runner, completing the Flora London Marathon in 2008. He graduated with a Joint Honours BA in Economics from the University of Nottingham, where other famous alumni include the writer, DH Lawrence, and Tim Martin, the founder and chairman of the British pub chain, JD Wetherspoon.