CEO and Chairman of Lafarge, Lafont has continuously worked to focus the company's attention on specific issues, especially sustainability 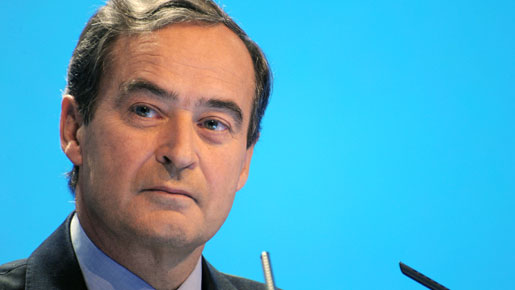 Bruno Lafont has been a Lafarge man since he graduated from university. Joining the company as an auditor in 1983, he quickly rose through the ranks, becoming Vice President for finance within ten years and, in 2007 Chairman and CEO.

The company itself was founded in 1833 in France, close to the Mont Saint-Victor quarry. Thirty years later, it signed its first international contract, delivering 110,000 tonnes of lime for the construction of the Suez Canal. It began expanding through acquisitions and mergers during the 1980s, starting with the cement company Coppée.

Other big names include British companies Redland plc and Blue Circle Industries, and most recently Orascom Cement Group in 2007, an Egyptian based cement producer with operations across Africa and the Middle East.

Before being promoted to his current position, Lafont had been working as the Group Chief operating officer. It was during this time that he began to change the company’s ethos – ensuring that the whole workforce was moving together towards the same priorities, rather than having a fractured departmental attitude. Upon becoming CEO, he launched the “Excellence 2008” strategic plan, aiming to make the Group the best in its sector.

As well as upping production rates and increasing global employee numbers, Lafont decided to refocus the company’s strategy on innovation, cost reduction and the developing world. He has also brought his demanding attitudes to sustainability and workplace safety to the table. As well as reducing CO2 and dust emissions at its cement works, the company now submits all its sites for a four-yearly environmental audit.

In January 2010, Lafont told Businessworld of the importance of adopting environmentally friendly and sustainably produced products when dealing with countries such as India, “When you look at the need for building materials in India and for the construction boom that will soon happen in other emerging markets, the sooner we adopt sustainable, quality building materials, the better. The urgency to adopt environment-friendly materials is now.” He also recognises that building on traditional construction techniques, such as vaastu, could help to address issues of sustainability and cost reduction.

However, despite voicing its support for environmental credentials very loudly, it is precisely this area that has caused this largely controversy free company two particular problems. Between 2004 and 2006, the Lafarge cement works in New York was the greatest source of mercury emissions in the city. The facility dates from the 1960s and much of the technology within it is up to 20 years older, leading to heavy pollution. While the company began on its own initiative to address this issue in 2008, the upgrade won’t be completed until 2013 at the earliest. When you consider this story, Lafont’s assertion that “the urgency to adopt environment-friendly materials is now” certainly rings true.

The second incident took place the same month Lafont’s interview with Businessworld was published. The US Environmental Protection Agency issued a statement saying that it had filed two Clean Air Act motions against the company and glass manufacturer Saint-Gobain Containers Inc. The claim covered 13 and 15 factories respectively – which represented the totality of Lafarge’s operations in the country.

Combined, these facilities produce 41,000 tons of sulphur dioxide (SO2), nitrogen oxides (NOx), and particulate matter (PM) each year. SO2, NOx, and PM can trigger respiratory difficulties and asthma, and environmental harms such as acid rain, visibility impairments, and water quality impacts. The company has agreed to spend $170m on improving air pollution control technology, as well as reportedly paying a US$5m penalty.

What cannot be avoided is that cement making is one of the world’s most polluting and destructive industries – the process in itself is never going to be one that is easily turned ‘green’. So perhaps the remarkable thing is in fact that there have only been these two isolated incidents. Even so, the fact that within Europe Lafarge has been lobbying against the introduction of tougher carbon emission targets for heavy industry, as reported by the Guardian in May, doesn’t seem to fit with the company’s ecological ethos.

There are few companies that have such a conflict between declared priorities and real world actions as Lafarge.

Despite Lafont having chosen to nail his ecological colours to the mast when he took the joint post of Chairman and CEO four years ago, what is clear from these cases is that there is a lack of continuity. The company is participating in initiatives such as the Year of Biodiversity and joining with the WWF to focus on the work it has done at a quarry level, but if the enthusiasm doesn’t stretch to the less glamorous yet most polluting aspects of production, then there is confusion within the company itself. It is now up to Lafont, as CEO of one of the largest building material manufacturers, to take decisive action on Lafarge’s environmental direction.