Succeeding in a fast paced world 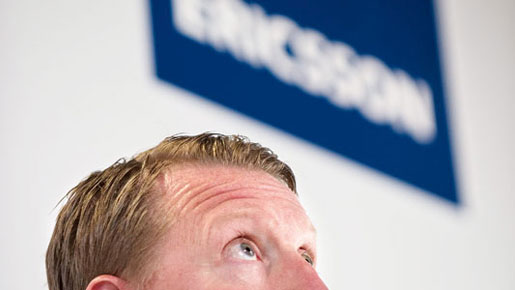 Hans Vestberg, President and CEO of Ericsson, the mobile communications giant, grew up dreaming not of boardroom battles, or corporate restructuring, but of becoming a professional handball player. He even played the team game to a high standard in Sweden’s national league. But, despite his undoubted ability, Vestberg chose not to pursue his sport for a living. Instead, he has found success at the most senior level, away from the handball court, in the equally competitive, fast paced, often tough and challenging environment of the information and communications technology industry.

Hudiksvall (population 15,000) is a small city on the north east coast of Sweden, more famous for its trading history and nickname of Glada Hudik  (Happy Hudik) than its reputation for producing CEOs of multinational corporations. It is also the city where Vestberg grew up during the 1960s and 70s and where, when he wasn’t day dreaming of future sporting exploits, Vestberg harboured ambitions of working in the finance department of the local Ericsson factory.

That ambition was soon realised. After obtaining a first degree in business administration and economics from Uppsala University, graduating in 1991, Vestberg immediately joined Ericsson, a company at the forefront of the mobile communications technology revolution.

Founded in Sweden in 1876 by Lars Magnus Ericsson, L.M. Ericsson was operating in the nascent telephone industry in the 1880s. Seventy years later when Vestberg joined Ericsson the company was once more ahead of its time, collaborating with its Nordic rivals to create Nordic Mobile Telephony (NMT), the world’s first mobile telephone system.

Ericsson almost missed the mobile telephone express train. At first the company was reluctant to get involved in the NMT project. Fortunately, on the other side of Stockholm from corporate HQ, a small innovative subsidiary Svenska Radioaktiebolaget (SRA) was making huge advances in mobile telephony.

A challenging time
Vestberg took his seat in the CEO’s office in January 2010, at the back end of an efficiency and restructuring programme started at the beginning of 2009, and at an uncertain time for the business.  The company had already been through an extensive cost-cutting exercise after issuing a profit warning on March 12, 2001, when half its revenues vanished almost overnight. Employee numbers shrank from 107,000 down to about 55,000 in just a few years.

Carl-Henric Svanberg, Vestberg’s predecessor appointed CEO in 2003, hauled the mobile giant to its feet, restoring profitability, but now the clouds have gathered again as the banking crisis precipitated a global economic slowdown.
Vestberg’s appointment was announced in the summer of 2009. Svanberg remained in situ for six months to ease the transition. This time, after the externally appointed Svanbarg, the Board drew from Ericsson’s own talent pool.

Vestberg has made it to the top the hard way, working his way up through the business, holding the positions of head of global services, executive vice president, and CFO, and serving stints in several countries.

“From a working point of view I have spent all my life in Ericsson and I will never regret that, because it is a fantastic company,” says Vestberg, in one of his first management team videos. “Basically, I worked in supply, logistics, finance, sales, marketing, business units, market units, in all areas of the company except for R&D. I lived in some six or seven countries, spending the last seven years in Sweden.”

Good CEOs are good communicators, and Vestberg is no exception. He has a laid back style, a sharp mind and, unsurprisingly for a former CFO, an excellent grasp of the numbers. Listen to his presentations and his optimism about the long term success of Ericsson and the future of the industry is quickly apparent.

“Telecoms is no longer about voice only,” says Vestberg. “We do not just connect places and people. We also connect: machines and devices; the developing world to the developed world; rural areas to urban areas. Telecoms is the nervous system of the world.”

“We see LTE continuing at a fast pace, especially when it comes to trials. We have over 50 trials worldwide ongoing and to be started up,” said Vestberg, at the firm’s Q2 2010 earnings conference. “We are clearly the leader with the deals that have been awarded, and I think we are seeing a broad acceptance for LTE as the next generation of technology.”

For now though, Vestberg concentrates on steering Ericsson through the current economic downturn, and on four goals in particular during his first year in charge, getting the company to grow faster than the market, have best in class margins, demonstrate strong cash conversion, and show growth in joint venture earnings.

It won’t be easy, net profit for the fourth quarter of 2009 was down 90 percent year on year at SEK 314m from SEK 3.9bn, while restructuring charges were estimated to rise from around SEK 6bn to around SEK 14bn. Q2 2010 results showed networks and multimedia revenue down, and global services flat, with revenues overall down eight percent year on year. Although gross margins improved to 39 percent, operating margins were down slightly to 11 percent year on year. The joint ventures, such as Sony Ericsson, will require special attention, given their heavy loss making in 2009.

Listen to Vestberg, though, and it is difficult not to feel confident about Ericsson’s long term future. The business has come a long way from the days when the company’s founder Lars Magnus drove around with a phone in his car, using it to make calls by tapping into to the local landline telephone wires. And as Vestberg is fond of telling people, Lars Magnus believed that communication is a basic human need. Fortunately for Ericsson, it’s a belief billions of other people share.