How Swedish start-up Karma put food waste in the spotlight 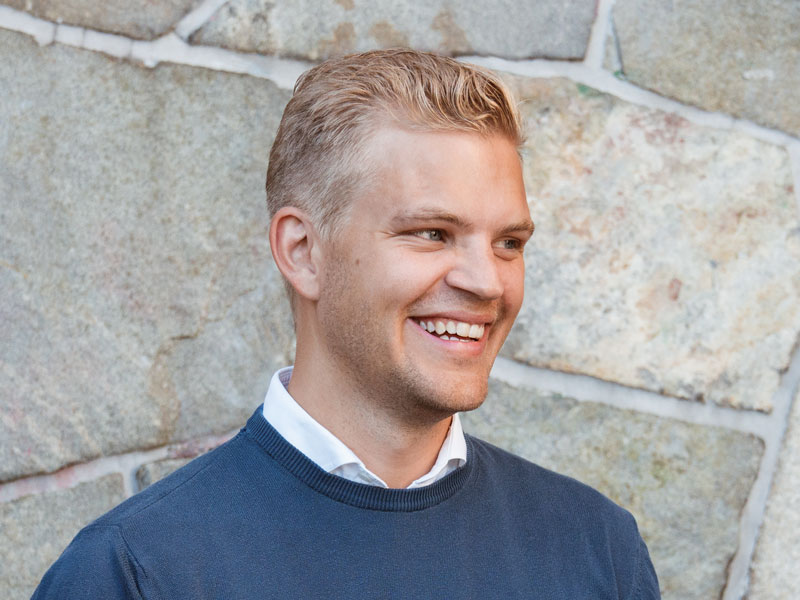 One of the things that annoys Hjalmar Ståhlberg Nordegren, CEO of Karma, is how often people tell him the idea for the company was a no-brainer. “They’ll say that everyone is interested in tackling food waste; that it’s obvious,” he told European CEO. “At the time, it really wasn’t. While a lot of people talked about food waste, nobody did anything about it because there wasn’t any value to be found there.”

But since it launched in 2016, Karma has shown that unwanted food can be big business. The Swedish company partners with restaurants to sell their leftover meals on its app. For consumers, it’s a win-win situation: they can collect dishes from restaurants at a 50 percent discount, and all for a good cause. Restaurants, meanwhile, improve their carbon footprint and get an additional revenue stream.

The platform now boasts over 1 million users, has raised $16.7m in funding and so far has prevented over 1,200 tonnes of food from going to landfill. It launched its first international operation in London in 2018, and its second in France in 2019. Even President Barack Obama is a big fan; he praised the organisation’s “extraordinary” work during a speech in Berlin. European CEO sat down with Nordegren to find out how the company grew to become one of Sweden’s most exciting start-ups.

Waste not, want not

Food waste wasn’t an issue that Nordegren and his three co-founders – Elsa Bernadotte, Ludvig Berling and Mattis Larsson – were set on from the beginning. They stumbled across it almost by accident, Nordegren told European CEO, while they were building a deal-finding app. This was the first iteration of Karma: an app where users could upload anything from clothes to pet food at a discount. One day, the founders noticed that restaurant meals were frequently making an appearance on the platform at the end of each day.

“We said, ‘that’s weird. Why is this top restaurant uploading this dish of meatballs and potatoes?’ I know that doesn’t sound like a dish a top restaurant would sell, but in Sweden, it’s a high-end thing,” Nordegren told European CEO.

They decided to investigate further, and that was when they realised the sheer scale of the problem of food waste. The statistics are horrifying. One third of all food in the world is thrown away. A huge amount of energy is wasted as a result; it’s estimated that uneaten food accounts for 8 percent of global greenhouse gas emissions. This also contributes to the world’s growing food crisis. According to the UN Food and Agriculture Organisation (FAO), the amount of food we throw away is enough to feed two billion people.

“Once you start looking at the issue, it just keeps getting bigger,” Nordegren said. “One fact that really shook me was that 25 percent of the freshwater we consume is used to grow stuff that we throw away. When I read that, I thought, it’s not just about food waste anymore.”

Persuading restaurants and supermarkets to take this issue seriously has been a challenge. But, by being more mindful of what they throw away, businesses in the food industry stand to make a significant saving. “The value of the food wasted is about $1.2trn a year. To take a random industry, that’s about twelve times the annual value of the UK car industry,” he told European CEO.

It’s important that Karma can provide its partners with evidence of the savings they make. It does this by requiring restaurants to upload each unsold item onto the platform individually. By comparison, many of Karma’s competitors ask restaurants to sell their food waste in bulk. Nordegren points out that some of these companies are using the issue of food waste as an excuse to sell more meals and actually end up incentivising businesses to up production, rather than helping them save.

“We actually want to solve food waste and have the statistical proof that we’ve done it over time,” he said. “If someone is selling less food a year after they’d started to use Karma than they did before, then that’s a win for us.”

As a business driven by environmental purpose, Karma is inevitably concerned with its own impact on the planet. It is conscious of the waste it produces and also offsets its energy and essential travel. But Nordegren admits that it’s difficult for a fast-growing start-up to strike the right balance between expansion and sustainability. “I think we do what’s generally expected of us,” he said. “But some people have the expectation that, just because we work with sustainability, we should do everything 100 percent sustainable or we shouldn’t touch it at all. And I think that’s a weird approach to have. By blocking our own growth, we would then reduce the number of meals saved and have a worse carbon footprint.”

Nordegren’s path to becoming CEO of Karma has been a slightly unusual one. As a young teenager, he set his sights on the medical profession and went on to work in an accident and emergency hospital. But the role wasn’t quite what he had hoped. While he loved helping patients and solving their issues – and while he has a huge amount of respect for the Swedish healthcare system – working in such a large, bureaucratic organisation was against his own nature.

“I remember going into an intensive care unit where they were still noting down a lot of the patient values on a piece of paper. And I said, ‘why are you doing this? It’s not something you can run data off. If you ever wanted to study this, you need to put it into the computer instead.’ The reaction was just, ‘we’ve always done it this way’. I think that’s what I’m allergic to. People who just can’t understand the importance of keeping up with the times,” he said.

But despite his ambitions to become a doctor, Nordegren had always been interested in having an impact through his own venture. Like many other tech founders, he started companies at a relatively young age, including a website to help people study for the Swedish medical license exam because the material available was, he explained, “really bad.”

Nordegren’s entrepreneurial instinct and readiness to embrace change has come in particularly handy at a time such as this. Karma was one of many organisations whose business model was turned upside down during the coronavirus pandemic. Meals on the app are collection-only, and, due to lockdown measures, millions of consumers switched to takeaway deliveries virtually overnight.

“We’d never worked with delivery before and we had to get it up and running in the space of about 24 hours,” said Nordegren. “It was basically like starting a new arm of the business.”

On reflection though, despite a “crazy couple of weeks”, Nordegren thinks the company has emerged stronger as a result. Now that lockdown measures are lifting, the business is seeing a resurgence in its collection orders but now it has the added capabilities of a delivery app. The company is also keeping a number of the measures it introduced during the lockdown, such as a tipping feature for restaurants.

“I think another exciting feature we’ve introduced is something called the Karmabox, where you can subscribe to receive surplus fruit and veg,” he said. “We have so many connections with grocers and farms, but in the past, we haven’t really been able to help them. For a year, we’ve been talking about creating this box. But now that so many people are cooking at home, it was the perfect time to introduce it and have the biggest impact possible.”

Karma’s resilience in the face of the pandemic shows that it is succeeding where many early-stage companies fail. Despite its large size, it still has the agility of a start-up. Nordegren shared his secrets for how he preserves the start-up mentality, one of which is giving internal teams a high degree of autonomy and responsibility.

“For us, we’ve found that it works really well to almost break the company into smaller startups as you go,” he said. “So for instance, when we started the Karmabox project, we created a structure where one person would be the founder and someone else would be the CEO and another would be the head of operations. We don’t actually change their title; this is just to create the understanding that, from an internal perspective, this team is now their own start-up. And if they want it to, say, get €100,000 to do something, then they would have to pitch for that €100,000 and really build their case just the same way that we’ve done it.”

Nordegren thinks that maintaining this level of energy and instilling employees with a strong sense of responsibility is crucial to success. “I’m a huge believer that the reason why some start-ups fail is that they stop innovating or stop trying alternative solutions,” he said. “It’s stressful to work at this tempo at all times. But it’s the only thing that’s keeping you alive. If you think of the company as a person, then it has a heart. If the heart decides to just stop beating for a while, then it doesn’t take very long for everything else to die. And I think the heart, in this case, is really that energetic culture. The part that’s asking, how fast can we run as a team? How far can we get?”

The next step for Karma, Nordegren hopes, is international expansion. The company has recently launched an Ambassador programme, where anyone can take the app to their city. “There’s been a crazy boom in applications over the last couple of months,” he said. “People are realising that they want to do something different after COVID-19, I guess.”

Being driven by social purpose, Nordegren said, means there is no shortage of motivation among the team. It may have been a happy accident that they stumbled upon the issue of food waste. But it has become the company’s defining mission.

“The only common theme that I’ve heard from other entrepreneurs is that you’re going to have to go at it for years through ups and downs, and you need to be convinced that you’re doing this no matter what. And I think this was our conviction. Once we saw the problem, it was clear to us that we just wanted to solve it. That’s been true ever since,” Nordegren said. “I’m very happy that we didn’t go with that deal-finding app in the end.”