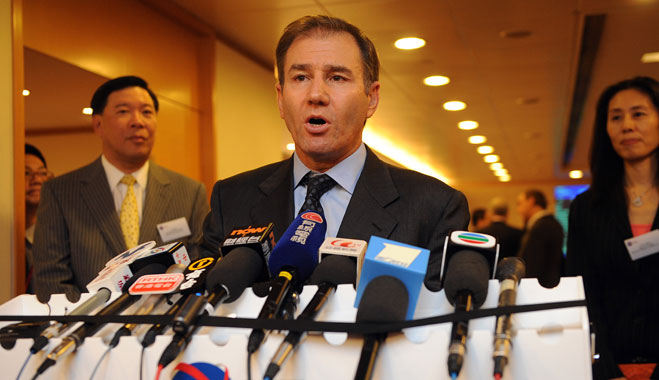 Despite the Russian-sounding name, Ivan Glasenberg was born in Gauteng, South Africa in January 1957. Samuel Glasenberg, his father, was an importer and luggage manufacturer from Lithuania, while Blanche, his mother, was also born in South Africa.

Glasenberg grew up in the Johannesburg suburb of Illovo. He was a born athlete and in his early twenties became the South African (and Israeli) junior champion in race walking.

After finishing high school, Glasenberg continued his studies at the University of the Witwatersrand in Johannesburg, South Africa, where he earned Bachelor of Accountancy and Bachelor of Commerce degrees.

He subsequently served articles with Nexia Levitt Kirson, a Johannesburg-based firm of chartered accountants before qualifying as a Chartered Accountant [CA(SA)] himself.  He later continued his studies at the University of Southern California, where he earned a Master of Business Administration (MBA) degree in 1983.

A year later he started working for Glencore International plc. He subsequently worked in the company’s coal department in South Africa for three years, after which he was transferred to Australia for a term of two years.

At the end of 1988 he was appointed as manager of Glencore International’s Beijing and Hong Kong Offices. In 1990 he became the head of the company’s coal department and in 2002 he became the CEO.

Glasenberg became an executive director of Glencore International plc on the 14th of March 2011.

In 2011 he also became an independent director of JSC ‘Zarubezhneft’. Other directorships include serving as non-executive director of Xstrate PLC since February 2002 and on the board of the former Anaconda Nickel Ltd (now known as Minara Resources Ltd) since December 2000.

Since March 2007 he has also been serving as a director of United Company RUSAL PLC and between June 2010 and January 2011 he served on the board of Century Aluminium Co.

Over the years Glasenberg has become known as a very private man. He is not known to give press interviews, something which he can afford as the CEO of a private company: there is no need for him to charm prospective buyers into purchasing Glencore shares.
He has been described as ‘canny’ by those who do not like his way of doing business and ‘tough’ by those who admire him.

Glasenberg’s career has not been without controversy. In 2005 Business Week described him as a kingpin (‘lieutenant’) in the cloak-and-dagger oil-trading clique of Marc Rich, the super-rich commodities trader who was charged with illegal deals with Iran as well as tax evasion, but later pardoned by then-president Bill Clinton – without ever standing trial.

During August 2011, it was reported that the economic recession had wiped £788m off the market price of Glasenberg’s shares in Glencore. His 15.8 percent share in the company is still worth £4.7bn, however, and he has subsequently used his own dividends to buy another £54m of Glencore stock.