The new CEO of Russian Direct Investment Fund carries a heavy burden. He is the man in charge of bringing investment to Russia – a country plagued with stigma 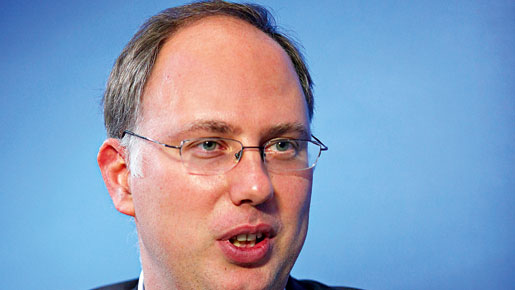 Kirill Dmitriev belongs to a new breed of Russian business leaders. He is proactive, practically minded and has the ability to steer the country’s investments through even the most unclear waters. These were just some of the qualities that convinced the Russian government to name him CEO and let him spearhead the team at Russian Direct Investment Fund (RDIF).

At 36, Dmitriev has achieved what many fund managers can only dream of – he is at the top of his game. Russian Direct Investment Fund’s CEO holds a BA in economics from Stanford University and an MBA from Harvard Business School, both with distinction. He first established his name in Moscow by co-managing Russian focused fund Delta Private Equity Partners in 2002 – at the time, the nation’s leading private equity fund with around $500m under management.

This US-government supported investment fund was aimed at promoting capitalism by backing the development of independent businesses. Between 2005 and 2006 Dmitriev founded the Russian Association for Venture Capitalists, where he counselled the authorities on the creation of the Russian Venture Company. This undertaking was one of Prime Minister Vladimir Putin’s early attempts at kick-starting the venture capital sector.

The right man for the job
By 2007 Dmitriev had moved on to setting up an even more successful fund, the $1bn Icon Private Equity Fund. It invested in fast growing companies in the telecoms, media, and financials sectors throughout the Commonwealth of Independent States. Dmitriev’s direct, no-nonsense methods and his incomparable ability to rapidly nail down the crucial issues of any predicament have earned him a reputation as an unrelenting fund manager who offers colleagues and investors insightful guidance. He is particularly highly esteemed by government authorities who are now putting their trust in his abilities in attracting foreign investment to the country’s privatisation programme and beyond.  Dmitriev has been in charge of making equity investments that generate strong returns, predominantly in Russia, and has proven to officials that he can turn things around. He strongly believes in the RDIF and Russia’s potential. “Russia is a very attractive investment destination.

People have to some extent lost sight of what this country has to offer,” says Dmitriev. The country is the sixth-largest economy in the world and the number of people earning over $10,000 yearly has tripled in the past six years. “I am not saying that everything is great, but rising incomes have led to an incredible amount of change in a remarkably short time,” he adds. His unrelenting efforts and belief have started to pay off recently as the fund has already tempted some foreign investment into Russia. Most notably, in October, he won a $1bn backing from China’s sovereign wealth fund.

A luminary fringe
The RDIF was established in June 2011 and is expected to be funded by $10bn in Russian government funds over the next five years. The structure of the fund has been devised in a manner that dispels any fears foreign investors may have about putting their money into Russia, according to its CEO. RDIF’s biggest appeal is that it offers reassurance to investment firms. “Moscow is using state money to share the risks and rewards of investing,” says Dmitriev. For each of its investments, the RDIF is obliged to secure co-investment that at least matches its commitment. It achieves this by limiting the state to a minority stake while giving investors the security of the controlling share. In addition, investors and the state will both be subject to the same regulations, corporate governance practices and risks.

Meanwhile, a committee of international and domestic investors will be responsible for approving deals of up to $250m, while a supervisory board will sanction deals of up to $500m. The majority on the supervisory board is composed of international institutional professionals and investors and a minority of government officials. The RDIF has established its credibility by recruiting numerous high-profile investors to act as advisors for the fund. These include MD of Kuwait Investment Authority, Bader Al Sa’ad, Blackstone’s CEO, Stephen Schwarzman, and chairman of China Investment Corp, Lou Jiwei – all seasoned experts in the field.

Dmitriev has been monitoring monetary markets closely but remains confident in spite, or because of, recent international developments. The current economic turmoil on the European bloc could likely create opportunities for others, Dmitriev argued at the Asia-Pacific Economic Cooperation (APEC) summit in November. Referring indirectly to recent events in Europe, Dmitriev said: “In Russia there is no paralysis of decision making. Once decisions are taken they quickly get implemented; and in a time of crisis that is a big benefit.”

Benefits to outweigh risks
Dmitriev highlighted that mutual investments across borders were necessary to reinstate growth to the world economy to help avoid a double-dip recession globally. He is certain that the emerging markets including Russia, India and Brazil can aid this development by becoming agents of growth. Russia has proven this by putting into operation the largest privatisation programme in its history, and welcoming foreign investments with open arms, he notes.

Russia is in a particularly good place at the moment as BRIC economies are demanding more energy, oil, and iron. This increased demand in commodities will continue to result in increased commodity prices for longer. Russia, being the second largest oil producer globally, will benefit from this as the commodity and energy prices are strongly correlated with the equity market.

But it is difficult to change perceptions overnight. When Russia’s President Dmitry Medvedev first launched a drive to boost the country’s investment climate, even he found it an effort to find the right words to convince potential investors. He pointed out that Russia in some respects still has a long way to go. Medvedev also recognised that the country’s judicial system “is still not as developed as that in many other countries.” He moreover accepted that in the past Russia did not always stick to the rules. Dmitriev says: “Many investors have not done any business in Russia; they only read the newspapers and the different horror stories.”

But Moscow notes that it has listened to the criticism intently and is ready for change. It now wants to use the RDIF fund with Dmitriev at its helm to help change people’s perceptions. This may well become a game of Russian roulette that pays off.