Oleg Deripaska has a colourful history, much of which has come under scrutiny in the courtroom. Despite clearing his name several times, there’s another high-profile case on the cards 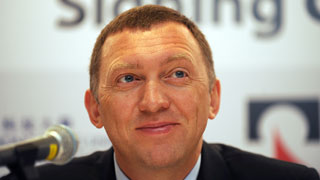 There is a different style of doing business in Russia. Western executives seeking to learn the finer nuances of commercial trading in that vast and growing market would do well to look to the story of Oleg Vladimirovovich Deripaska.

The story contains colour, adventure, allegations of criminality and accolades for public service. Much of it, for legal reasons, remains unprintable. The sole owner and chief executive of diversified investment group, Basic Element, Deripaska has been in several courts of law in several countries attacking and defending his countrymen over manoeuvres to control lucrative corporate interests. Estimates of his net worth have seen his position in the Forbes list of billionaires swing from ninth to 164th place in the space of one year (2008-2009), but by 2010 he was back up to number 57. This is certainly a man to watch.

Born in 1968 in a region east of Moscow, Deripaska grew up in a poor rural area to the south of the country, not far from the Black Sea. He studied theoretical physics at the Moscow State University, and later earned an economics degree from the Plekhanov Russian Academy of Economics. During the breakup of the Soviet Union in the early 1990s he claims to have been close to starvation, working on building sites to earn money for food and the continuation of his studies. As with so many other modern-day Russian oligarchs, he is then vague about his wealth accumulation, obtaining a 20 percent holding in a Siberian aluminium factory during the period 1993-96.

The wild wild East
This was the start of what is now referred to as the Russian ‘aluminium wars’, a bloody period in the country’s post-communist asset grab from which a few dozen oligarchs emerged – and several potential oligarchs lost their lives. At the beginning of the period, Russian aluminium production was in disarray. Alumina, the main raw material, was in short supply domestically, and the foreign holders of refining plants were engaging in a lucrative practice called ‘tolling’. In this complex form of tax evasion, offshore companies took advantage of duty exemptions on the purchase of raw materials which they sold on to their refining facilities at market prices, booking the profits in the low-tax jurisdictions of their offshore havens. The government, allegedly, looked the other way.

As the state began to sell off its resource assets, the size and value of the global market for aluminium, along with the potential for moving money around the globe, attracted such fierce competition that it is estimated 100 people were killed. In the words of Roman Abramovich, who testified recently in his suit over events of that period, “Every three days, someone was being murdered.”

Meanwhile his friend, Roman Abramovich, acquired most of the rest of Russia’s aluminium industry. The phenomenal growth of Abramovich’s personal wealth and the role his business associate Boris Berezovsky played in building that wealth is the subject of legal battles in London courts. From court transcripts, the chaotic conditions governing the Russian business scene over the last two decades are finally becoming clear.

There were few rules, but those that existed were to be respected. Rule number one was to pay for protection, both personal and political. Abramovich admits paying for Berezovsky’s political influence to help smooth the way for the creation of the Abramovich empire. He also states that sums in excess of $500m may have been paid to a third party, Badri Patarkatsishvili, to protect Abramovich in the aluminium wars.

Rule number two was to tread the political path carefully. Berezovsky was an ally of President Yeltsin when he oversaw the breakup and sell-off of valuable state assets.

However, he then failed to stay on the right side of Vladimir Putin, whose sensitivity to political interference from ambitious oligarchs has condemned more than one to prison and Berezovsky to exile. Abramovich, on the other hand, has befriended Vladimir Putin.

According to Berezovsky’s plaint, he used that association to force Berezovsky to sell his Russian assets at knock-down price. Eventually Abramovich merged his aluminium interests with Deripaska’s company, creating Rusal (Russian Aluminium), sowing the seeds for Deripaska’s own day in a London court.

West is the best
While a seemingly lawless country may pose the temptation to grab a fortune, it does not offer any guarantees on the security of your wealth or even your freedom. Most of the nouveau super rich Russians from the 1990s are busy investing in western businesses and real estate. Deripaska is no exception; Basic Element now owns companies and subsidiaries in Africa, Australia, Asia, Europe and Latin America. From 2006 to 2008 the company was acquiring shares and establishing partnerships with LDV Holdings in the UK, Strasburg SE of Austria, Magna International in Canada and was involved in an aborted bid to acquire the Daimler Chrysler Group in the US. Deripaska, following his fellow oligarchs to cool Britannia, set up house in London’s exclusive Belgrave Square.

He has also been busy cementing his reputation as a senior statesman and philanthropist.

Deripaska is Chairman of the Asia-Pacific Economic Cooperation Business Advisory Council, Vice President of the Russian Union of Industrialists and Entrepreneurs, a member of the Competitiveness and Entrepreneurship Council and Chairman of the Executive Board of the Russian National Committee of the International Chamber of Commerce. He sits on several Boards of Trustees for, among others, the Bolshoi Theatre, the School of Economics at Moscow State University, and the School of Business Administration at St. Petersburg State University. He has established Russia’s largest private charity foundation, Volnoe Delo, which supports a wide range of initiatives, from education to health and cultural heritage, benefitting Russians from all walks of life.

But his past still seems to lurk in the background. Deripaska has been accused of abuse of the privatisation process in Nigeria over the award of aluminium smelting facilities in 2004. He has been questioned by the Spanish police in relation to a money laundering enquiry, and although no charges were laid, a dossier was passed over to the Russian General Prosecutor’s Office in November. A 2010 story in the Financial Times explored Deripaska’s links with two heads of Russian organised crime gangs, but probably the most damaging to his reputation on the international business stage was the 2006 cancellation of his entry visa to the US, allegedly due to FBI concerns over his links to organised crime.

An uncertain future
Now global upheavals in financial and metal markets are taking their toll on Rusal. During the credit crisis of 2009, undisclosed borrowings led Deripaska to seek rescue from Vladimir Putin. He needed the money to help refinance loans of $2.5bn that had to be repaid in the fourth quarter of the year; Forbes was suggesting he may not even survive the crisis. He did, with some serious restructuring of the business and its debt, but now he is back, negotiating with domestic and international lenders to seek a further relaxation of repayment terms.

To complicate matters, in 2010 the price of aluminium on world markets fell, and more recently the euro currency crisis caused panic in commodity markets. Deripaska called for calm, saying the continued decline in prices is helping to create a healthy environment in which the gap between oversupply and demand can be narrowed. He has cause for concern; the business still has over $10bn of debt, and the shareholders who participated in its first public offering in Hong Kong in 2010 have seen the price of their shares drop by up to 30 percent.

Meanwhile, Deripaska has become embroiled in defending a law suit of his own relating back to the aluminium wars. The claimant is an Uzbek-born Israeli billionaire who has an international arrest warrant out preventing him from even appearing in court, despite having fought hard for the right to have the case heard in the UK. Michael Chernoy believes that he had signed agreements with Deripaska dating from 2001 – giving him over 10 percent of Rusal – and he wants the UK High Court to enforce them. Deripaska’s defence is remarkably similar to Abramovich’s argument against Berezovsky – that he had simply paid Chernoy money for protection, and no further relationship was implied.

So while he may have won in the aluminium wars of the 1990s, Deripaska needs nerves of steel to navigate his way through the onslaught of challenges ahead of him.