A fantastic place for a conference – Glasgow

Buoyed by regeneration and shaking off its image as a less than salubrious city, Glasgow's business and conferencing facilities lend themselves to global endeavour 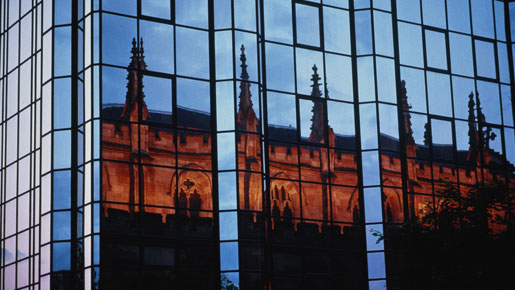 Scotland’s largest city used to be a place renowned for its poor housing, drug problems, and societal problems. The city used to struggle under its own weight, with residents living on top of one another – overpopulation being a serious issue in the UK’s third most populous city. With that in mind, few businesses were attracted to the city, which had few transport connections to the rest of Europe, making it seem geographically isolated.

Thankfully, the last few years have seen the city step into shape and announce a new look. With massive regeneration projects swelling out over the surrounding areas, the population problem has whittled down to little more than a minor issue of the sheer size of the city. With that, crime has dropped to less than the European average, transport systems have been improved and the streets have been cleaned up.

The city’s history and heritage deserve such treatment. Glasgow grew out of the Bishopric of Glasgow and the University, which is considered to have contributed significantly to the Scottish Enlightenment of the 18th century. After that time, the city became the main European hub for transatlantic trade to and from the Americas. It is thought that this period led directly to the city becoming a major centre for shipbuilding and engineering. In the Victorian era, the city became known as the ‘Second city of the British Empire’ due to the monarchy’s reliance on goods and services produced there. It wasn’t until the early twentieth century that the city slumped.

Today, it is one of Europe’s top twenty financial centres, making it a top attraction for conferences and high profile international meetings. With residents such as JP Morgan, Morgan Stanley, and the National Australia Group, the appeal of the city is obviously on a worldwide scale. This is owing in no small part to the government and council, who have set out with great determinism to up the standard among UK towns and cities. By establishing, planning and building the International Financial Services District (IFSD) toward the city’s western edge- near Blythswood Hill and Anderston – the city stepped up and invited a lot of outside investment. Known as ‘Wall Street on the Clyde’, the district provides amazing architecture, such as the Clyde Arc, a road bridge that must be seen to be believed. Toward the end of the twentieth century a huge boom in high rise office space helped sustain the amount of work that was being brought to the city – a trend that has continued into the twenty-first century.

Business trips to the city can be broken up by the vast amounts of culture that run through its streets. Glasgow is proud of its past and present, shown by the various museums, art galleries and annual festivals. Sport is also high on the list of important pastimes for most of the city’s inhabitants, as football and rugby are played and watched with the greatest of attention. The city has also recently been awarded the 2014 Commonwealth Games, beating stiff competition from cities in Canada and Nigeria. The policy for the Games includes the use of existing buildings, whilst plans for new facilities are in the offing. A Games campus will be provided in the East End of the city, which will include a velodrome and accommodation facilities. This will be the third time the Games have been held in Scotland, but the first time the nation will invest in such major construction plans.

Transport
Transport in the city takes the strain off any business trip. Although the city is so large, all districts are surprisingly well supplied. With the most extensive urban rail service outside of London, travel is cheap and extremely easy. The network is organised by the Scottish government, running throughout Scotland making many Highland areas just a few hours away. Failing with the trains, the Strathclyde Partnership for Transport (SPT) has recently won many awards for high standards and confidence. Covering most areas of Glasgow, the bus service also provides city tours and excursions.

The city is served by two international airports: Glasgow International Airport (GIA), in Paisley, and Glasgow Prestwick International Airport (PIK). Both airports are extremely well organised, clean and with many transport networks into the city centre. Together, they serve over 100 locations, making the city geographically faultless for any business meeting or conference from around Europe, America, or the East.

Excellent Conference Facilities
The city is one of Europe’s most vibrant and cosmopolitan, home to the art-nouveau architectural treasures of Charles Rennie Mackintosh, and on the doorstep of Scotland’s glorious countryside. It also serves as the shoppers dream, and has a grand total of over 17,000 hotel rooms of varying budget to provide for many different classes of traveller.

Finding a venue for a conference is a very small issue in Glasgow, compared to many other destinations where there can be little choice and less help. There are many different hotel venues – such as the Abode Glasgow, or the Camanile Hotel, both of which provide an excellent standard of service within the city centre. There are unusual and quirky venues, such as large country estates outside of the city, whilst Celtic football Club provides space for external board meetings, and the Auchentoshan Distillery offers a strange yet enticing arena for any business meeting.

For larger, more general meeting venues, again there is a variety to choose from. From the Scottish Exhibition and Conference Centre to Glasgow Royal Concert Hall, a high standard of facilities are in place to offer both discreet and press friendly environments.

There are many agencies across the city that provide a viewing service for the venues. Accompanying this, documents outling proposals can be issued, and there are free accommodation booking services with many of the conference planners. These agencies also provide multimedia packages, that can make a conference look extremely professional. From microphones to overhead projection units to the latest in digital technology, Glasgow can provide a lot to promote international business relations.

The Teacher Building: A fine combination of historic and modern building design

Celtic Park: Conference rooms at one of the largest stadia in Europe