E.On records heavy losses for the second year in a row

For the second consecutive year, German energy giant E.On has posted a significant loss. In spite of this, the firm is pushing on with its plan to split into two separate entities 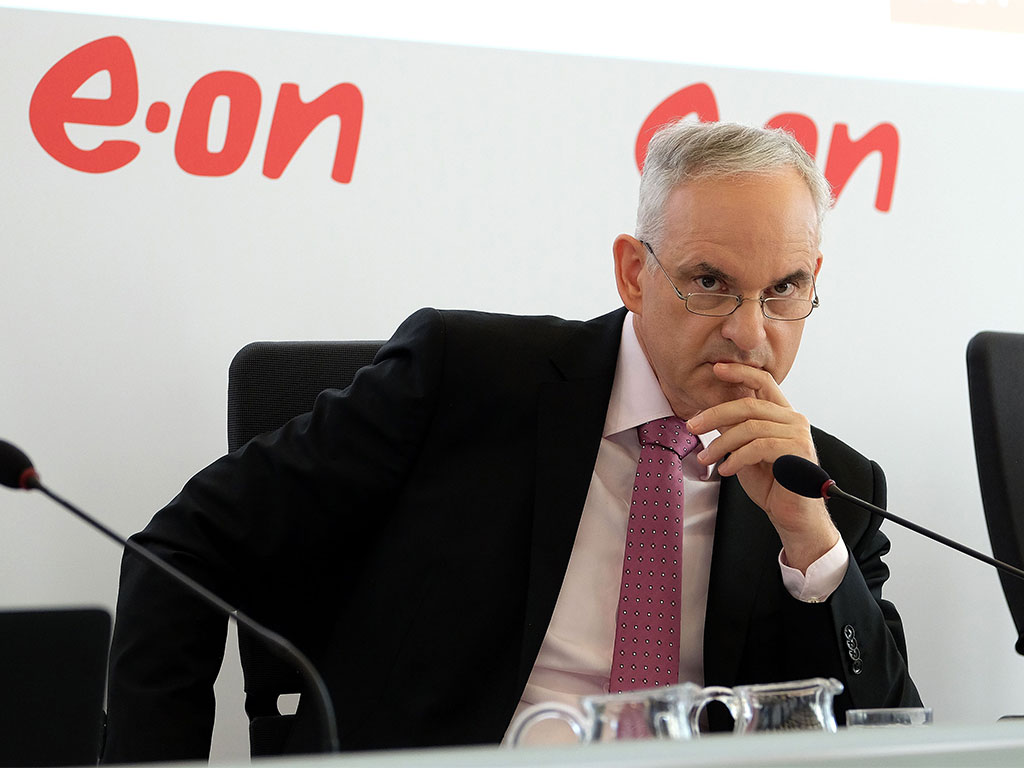 E.On CEO Johannes Teyssen is determined to push forward with the company's plan to split into two separate entities, in spite of massive losses
Management

E.On has followed up on a 2014 loss of €3.16bn with a further €7bn loss for 2015, having been forced to write down the value of its loss-making coal and gas plants and contend with record low wholesale prices. The announcement underlines the crisis unfolding in Germany’s power industry, and goes to show that more changes will be needed to reflect the far-reaching structural transformation and transition to low carbon alternatives.

The country’s shift to renewables, together with record low wholesale electricity prices, has badly handicapped Germany’s big four energy firms. RWE this week reported a €637m loss and announced it would be scrapping its dividend for the year. Going back to E.On, the company warned its future profits, dividends and cash flows will likely suffer, though it remains committed to a €0.50 dividend for 2015.

The company’s earnings before interest, tax, amortisation and depreciation are down 10 percent on the previous year to €7.6bn, and underlying net income remained flat at €1.6bn, both in line with company guidance. One relative bright spot for was a €5.7bn reduction in net debt, and the company’s CFO Michael Sen noted high operating cash flow and proceeds from disposals were the main drivers.

It’s right for us to divide our operations into two companies, which will enable them to develop their respective businesses in line with their own strategy

E.On’s CEO Johannes Teyssen wrote in the company’s annual report: “The dominant theme of the 2015 financial year was the separation of our operations into two independent companies”, a decision he called “perhaps the most ambitious reorganisation of a European company”. E.On started work separating its more traditional forms of power generation into a separate company called Uniper around 15 months ago, while E.On focuses on the “new energy world” of renewables.

The separation and refocus of the two companies is on schedule for the time being. The company is in the process of preparing a spinoff report, to be released alongside an invitation to its Annual Shareholders Meeting on June 8 and shortly before Uniper’s stock market listing.

“It’s right for us to divide our operations into two companies, which will enable them to develop their respective businesses in line with their own strategy”, said Teyssen. “Precisely because we’re facing huge challenges, we need to take decisive action. Our new setup will give our shareholders more options and E.On and Uniper’s management more leeway.”