EU must address the dangers of a post-German Europe

At the start of the 21st century, Germany took on a dominant role in the EU. Now, with the country increasingly inward-looking, Europe must seek strong leadership elsewhere 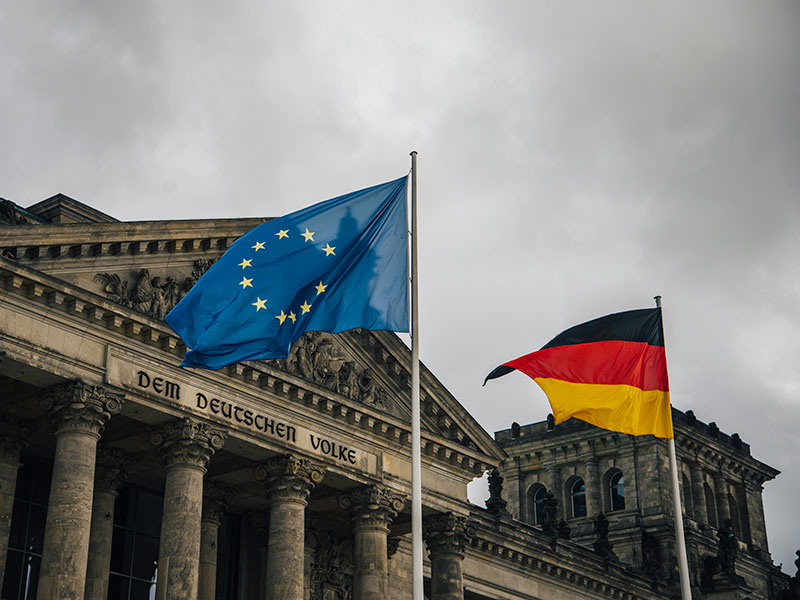 Over the last two centuries, the ‘German question’ – how to contain a Germany whose dominance was buttressed by its commanding size, high productive capacity and geographic position at the heart of Europe – has occasioned much worry and not a little warfare.

Today, with the collapse of negotiations to form a new government coalition, the question has been turned on its head. European leaders worry that Germany is becoming incapable of assuming enough leadership to guide and champion Europe in a globalised world.

Since the Second World War, the solution to the original German question has been to ensconce the country in European institutions. From the Treaty of Rome, which established the European Economic Community, to the Maastricht Treaty, which created the European Union and the eurozone, Germany served as half of the critical Franco-German axis that lay at the core of the European project.

German ascendancy
By the early 2000s, Germany had overcome the challenges of reunification and was in a position to assert even more influence on Europe. Yet France was not so certain about further integration, reflected in its 2005 vote against the proposed European Constitution. With that, the era of German ascendancy began.

It was Germany that pushed the EU’s fifth enlargement – the simultaneous accession of 10 Central and Eastern European countries, which occupied Europe from 2004 to 2008. But it was the global financial crisis that really solidified Germany’s position as Europe’s leader. The European Council led the response, and German Chancellor Angela Merkel was clearly the one calling the shots.

In the ensuing years, as Germany became increasingly dominant, French leadership continued to fade. Other influential powers in Europe have also retreated from the continent: not only did the UK vote to leave the EU altogether; the US, which had long underpinned the Pax Americana that was so crucial to Europe, also turned its attention away from the region. The unambiguous result was to shift Europe’s centre of gravity firmly to Berlin.

In the absence of a true emergency that will galvanise German action, the EU faces
the very real prospect of remaining in a holding pattern

Meanwhile, crises have proliferated, with Germany leading the response to all of them. Beyond the financial crisis, Europe has faced a severe migration crisis and a security crisis, rooted in Russian revanchism. But Merkel’s leadership has not always been celebrated, particularly in the context of the migration crisis. On the contrary, it has fuelled frustration in the economically challenged Southern Europe, in the geographically vulnerable Eastern Europe and in Germany itself.

The latter trend in particular has been complicating Germany’s role in Europe. For the last 18 months or so, Germany’s leadership has become increasingly inward-looking, largely owing to the federal election in September. As a result, fundamental questions about the EU’s future – concerning the Brexit negotiations, migration policy, defence cooperation, the creation of a banking union, and, perhaps most importantly, reform of European institutions – were largely put on hold.

The idea was that once Merkel had secured her fourth mandate, she could finally roll up her sleeves and push through the institutional reforms that the EU so badly needs. But, several months after the election, Europe is still waiting. While Merkel did secure a fourth mandate, it was not nearly as strong as expected. So her Christian Democratic Union and its sister party, the Bavarian Christian Social Union, were forced into protracted coalition talks with the pro-business Free Democrats and the Greens – each of which brings a different agenda and vision to the table.

European uncertainty
Even in the best-case scenario, the presumptive coalition seemed poised to maintain the narrow, play-it-safe approach that has prevailed for almost two years. But things are worse than that: the coalition talks have collapsed, priming Germany and Europe for an extended period of uncertainty. In the absence of a true emergency that will galvanise German action, the EU faces the very real prospect of remaining in a holding pattern – an outcome that the struggling bloc can ill afford.

To be sure, Emmanuel Macron’s surprise election as France’s president has created hope that a revived Franco-German axis could infuse the listless European project with much-needed élan. But, while Macron is saying all the right things and has vision, France cannot advance a bold vision for Europe on its own, especially as it also pursues vital domestic reforms. Germany remains the European partner sine qua non.

The EU is nothing without Germany. That is why Europe cannot afford simply to wait around, hoping that Germany will suddenly decide to resume leadership. Instead, it must tackle the German question head-on, just as it did after the Second World War, by working actively to re-anchor the country in the European project.

Yet, in the meantime, the EU must make even more fundamental changes. By the time a new German Government is in place, the EU will be preparing for the June 2019 European parliamentary elections and the selection of a new European Commission. This will kick the can even further down the road. Unless the EU changes its approach, it will be doomed simply to hold its breath from one election to the next. A perpetual campaign is no way to build a better future.