Many CEOs fail within the first 18 months of holding the role. Elizabeth Matsangou explores the mistakes that many chief executives make, and how these can be avoided 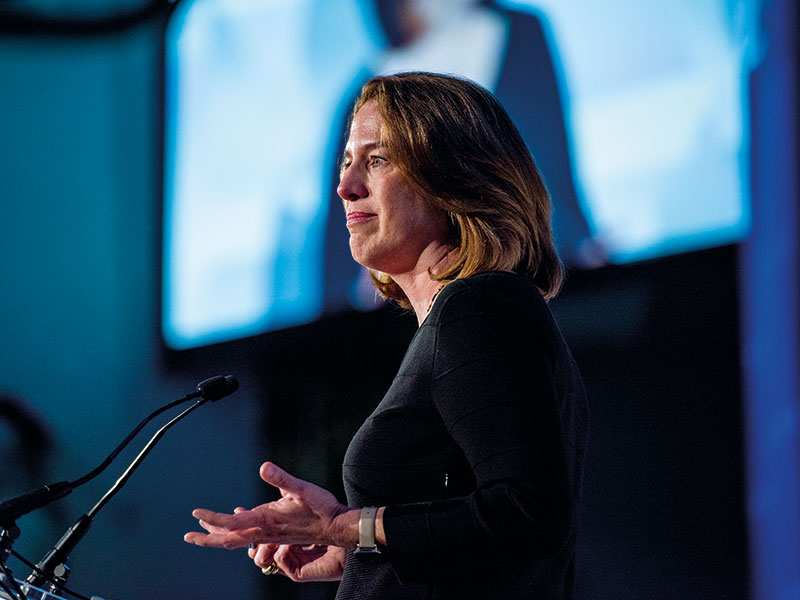 In October 2018, after just 14 months as CEO of multinational conglomerate General Electric, John Flannery was ousted. Not only had he failed to stop the company’s tumbling share price, but it had lost more than half its value during the period. Last year also saw the end of Margo Georgiadis’ tenure at Mattel – also after just 14 months.

Though she had implemented a comprehensive new plan for the toy giant, stock prices took a battering during her time as CEO. Meanwhile, in early 2018, Jeff Jacobson departed as CEO of Xerox – 15 months into the role – amid reports that his pursuit of a multibillion-dollar deal with Fujifilm was motivated by fears of losing his position, rather than acting in the best interests of shareholders.

While these high-profile departures inevitably made big news, they were by no means exceptional cases. In fact, it’s unnerving how common it is for new CEOs to fail within their first 18 months, with the Centre for Creative Leadership estimating the figure to be as high as 50 percent. Clearly there are certain mistakes that many CEOs make when they first take the helm, which soon prove irreparable.

Learning curve
A fair number of new CEOs walk into the role assuming they know what they’re doing. While their experience has certainly led them to the top of the organisation, the post is very different from anything they have encountered before. It’s not simply a case of more of what they’ve done in the past, but on a bigger scale – being a CEO requires a completely new approach.

Being a first-time CEO is a steep learning curve; learning must be done on the job – fast

“They think that what made them successful before will make them successful again,” said George Bradt, author of several books on first-time leadership. “They rely on their instincts and initial impressions. What they miss is the difference in context, and especially in culture.”

According to the River Group’s 2016 Expect the Unexpected report, on their first day as CEO, those surveyed ranked their preparedness at a healthy 7.2 on a scale from one to 10. Six months later, however, this figure dropped to 3.5. “When I became CEO, I kept doing the things that got me there,” one CEO told the River Group. “I soon realised that what got me there wasn’t going to keep me there. I had a lot of learning to do and I found I was a student without a teacher.” But here’s where some new CEOs make their first big mistake – they are unwilling to learn, adapt and evolve.

Being a first-time CEO is a steep learning curve; this learning must be done on the job, and fast. CEOs must also show confidence and sound judgement right from the start. To accomplish this sizeable feat, support is key. “I want to emphasise that it is vital to cultivate both internal and external relationships – it’s not an either/or… You’re sunk if you don’t have either of them,” said Sabina Nawaz, who coaches CEOs and works as a keynote speaker and author.

Only seeking guidance from internal sources is risky. When employers provide feedback to their CEO, personal agendas are at play – whether conscious or not. Sometimes even the best intentions can filter out the crucial advice a CEO needs in order to mould themselves to the post. Receiving advice from an external coach is therefore invaluable, as they can be honest about what their mentee needs to change. Further, someone who has held the role themselves can pass on lessons learned.

According to a survey conducted by Harvard Business Review, CEOs who engaged with an external advisor found the mentor “challenged them and kept them accountable”. CEOs surveyed in the River Group study, meanwhile, rated the quality of internal feedback at 4.2, with that of an advisor or coach being 8.6.

Walk the floor
This isn’t to say that gathering information from the inside isn’t essential as well. As Nawaz told European CEO: “[It’s important so that] you understand who you can rely on, who you need to help you with things, what you need to shore up, and where are some changes that you’re going to need to make. Establishing those relationships gives you an inside track into what’s going on; it actually helps you understand the culture better.”

It’s also vital for a CEO’s approachability. This will ensure that all lines are open throughout the business, and certain barriers that can come with the title are broken down. It’s not unusual for a CEO to accidentally cut themselves off from others in what is known as the ‘ivory tower effect’. This alienates them from their team and results in the CEO being in the dark about important information.

This common mistake can have a serious impact on the CEO’s ability to do their job properly, and could well see them leaving after a short stint. Executives can combat this by taking the time to ‘walk the floor’ – in other words, by speaking directly to employees in various departments and on different levels. By having informal conversations, leaders can gain invaluable insight that they would otherwise not have access to.

There’s another caveat to bear in mind, though – when having such conversations, it’s important to be careful with what is said. “A CEO… has to be mindful of conversations they have with skip levels or people in the broader organisation because, of course, they carry a lot of weight and people can take a casual comment to mean: ‘We have to completely overhaul X, Y or Z’,” Nawaz explained.

This lesson feeds into another: be intentional at all times. Being the leader of an organisation is a huge responsibility – the livelihoods of hundreds, or even thousands, can rest in their hands, which is why flippant comments can be dangerous. CEOs must talk with purpose and clarity at all times in order to avoid miscommunication.

Lost in the detail
When communicating with one’s senior team, there is a simple trap that many CEOs have fallen into: acting like a manager instead of a chief executive. “I have interviewed over 1,000 people for feedback on their CEOs… and the second most common theme I hear in those interviews is that the CEO doesn’t delegate enough, they’re too far into the detail or they have a hard time letting go of certain things,” Nawaz said.

While it feels natural to give orders, particularly with regards to one’s former specialities, this can be extremely demotivating for those next in command. As such, micromanagement can cause stress and resentment, leading some to believe they are either incapable or not trusted enough to make decisions themselves. This style of leadership also stops others from progressing, meaning the vital team surrounding the CEO is weakened as time goes on. “Micromanaging yields compliance,” Bradt told European CEO.

“If you tell someone to do something, the best you can hope for is compliance. If you want them to contribute, you have to invite that contribution. And if you want them to commit to the project, programme or cause, you have to let them co-create the approach.” As well as continually stunting the necessary growth of senior staff, this approach can also diminish a CEO’s ability to inspire – a crucial component in their ongoing success.

Taking such an approach presents other issues, too. “It impacts the CEO; it impacts their time, their quality of life, their stress level and their sleep,” Nawaz explained. “It’s vital for them to have enough leave, exercise [and] self-care so they can be there for the organisation.” Instead of micromanaging, precious time should be devoted to communicating frequently with all stakeholders, both internal and external. Articulating their strategy, forming structures and designing processes can also help ensure that any decisions made are sound ones, so that everyone in the organisation continues to move in the right direction.

By keeping lines of communication open and gathering key information, new CEOs can create a purposeful vision and see that vision through to fruition. After all, these higher-value tasks are the very reason that someone is appointed as CEO. There are numerous pitfalls to avoid when taking the helm, but through determined learning and the support of trusted advisors, a successful tenure is in sight.