Leadership lessons and the economic crisis

One result of the crisis is the cry for a new style of leadership. It’s helpful to consider where we’ve been and what the times require from the next generation of leaders 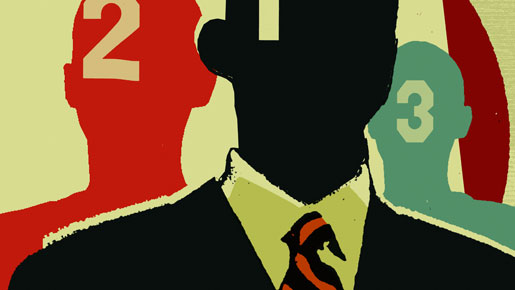 The events of September 2008 and the financial and economic crisis that followed have discredited the leadership and organisation of major institutions. They have also precipitated wider reflection on norms and values for industry leaders to champion, and on better ways of leading and controlling large commercial institutions. History suggests it is time for some major transitions in leadership style.

Popular conceptions of what constitutes good business leadership will shape this new style. Between the early 1980s and 2001, popular applause celebrated the “leader as hero”. Exemplars like Jack Welch at General Electric Company and Sir John Browne of BP shook up old organisations by clear leadership from the top. They transformed business performance. But 2001 and the dot-com bust knocked individualistic leadership from its pedestal, revealing flaws, failures, and even disgraceful conduct at companies like Enron, WorldCom, Tyco and Parmalat.

What became more prevalent was the    theory that performance comes from combining varied talents into a cohesive team. In 2006, our annual Booz & Company study of CEO succession trends was titled, “The Era of the Inclusive Leader.” The team-based model suited to a generation of CEOs who were less hierarchical, less schooled in the military, and more collaborative by inclination than those who preceded them. Life at the top became more touchy-feely. Now we face another transition. Our confidence in prevailing leadership styles was shaken. Past practices are discredited — but what will replace them?

For boards of directors, the impact has been quick. Driven by fear of risk, directors want more visibility into corporate practices, more data directly to verify corporate performance. Directors feel vulnerable, and try to probe even areas historically left to management. Formal governance structures change, but boards must also adjust team composition, and re-evaluate personalities and skills at the top.

History teaches that the present is shaped by interpretations of the past. Generals refight the last war; directors protect from the last crisis. The lessons of the crisis include old truths: leadership example and tone matter; those in authority need foresight, moral          courage and the ability to motivate and inspire on a moral basis. Calm, considered, and ethical leadership is required to lead large numbers of people.

A second lesson is the need to challenge thinking and make dissent productive. Collective suspension of disbelief characterised many financial disasters. The antidote includes structures and processes that foster diversity and challenge. Teams will be populated with more diverse personalities and experience. They may be less harmonious, but become more productive. Their challenge will be to catalyse dissent to promote greater assurance and wisdom, yet attend to the need for decisiveness and effective execution.

The crisis can also teach leaders the power of the unknowable. We found out the hard way that financial models, seductive engines of growth, can easily obscure underlying economic and risk realities. We have to internalise their failure to comprehend and control complexity and interdependence – a characteristic of our world. Leaders can start by accepting that human beings are limited, that our best course is to accept our intrinsic propensity to get things wrong, that we need to keep our wits about us, and to stay grounded in day-to-day reality.

It follows that our emerging leadership model will accept doubt and uncertainty as simply part of the human condition, not the enemy of action or a sign of weakness. Leaders must tolerate questioning and doubt within their own organisations, and apply it themselves. The organisations we will respect will habitually challenge even obvious truths. They will remain open to different types of data, including experiential “feet on the street” observations. What would have happened if the boards of the banks had visited the neighbourhoods whose homes they were financing?

Executive team makeup should reflect the evidence that the most productive teams contain diverse people; teams of people from a range of backgrounds, including prosaic ones, outperform teams composed entirely of the so-called best and brightest. Yet team dynamics often squeeze out diversity, even when it underlies team productivity. Bright people want to hire more bright people, for example. Managers seek harmony and unconsciously strive for team mastery. The result is that variety of personalities too often tends to shorten team life. People who want to get things done drive out those who want to debate, pause and build perspective and understanding. When dissenters leave, they take the group’s ability to challenge with them. Open dissent can stimulate better leadership and decision making; that is a different perspective on productive teaming than often practiced.

To foster productive dissent, power and control may separate structurally. Internal governance could extend more comprehensively, advancing disconfirming facts and alternative interpretations. Only 25 percent of new CEOs come from outside, which accentuates the need to provide challenge internally even at quite detailed levels. There will be appetite for corresponding organisational innovations.

We see this already in a few companies, and it has helped them avoid or mitigate effects of the crisis. Central corporate leadership at Barclays is entirely devoted to governance, leaving day-to-day and even month-to-month management to the divisions. The centre has a strong risk control function, but also plays active governance roles across many other areas. Despite extensive involvement in troubled markets, Barclays fared relatively well.

Such governance models do risk re-creating bureaucratic staff structures, tightly limited roles and processes help. The effective approach will be spare, collective, and relatively informal. That requires leaders who are integrative and dispassionate, who see general patterns, as well as the particular, and recognise not suppress recognition of risk and uncertainties. That can be hard to combine with the insecurity that often drives ambition to the top.

The most successful leaders will do one more thing distinctively well. They will set overall purpose and mission. Indeed, they may concentrate on corporate purpose or mission and leave strategies to executives. Companies with an articulated purpose beyond simply “making more money” have fared better in the downturn, and will prosper in the recovery.

If the temperament of their leaders is honest, robust, and farsighted, and if their governance provides a replicable model for making debate and dissent active and productive, they will drive an important change in our conception of what constitutes good organisational leadership.