With a large number of products on the market consumers are increasingly looking to added and ethical benefits, which are becoming increasingly valuable in differentiating between products 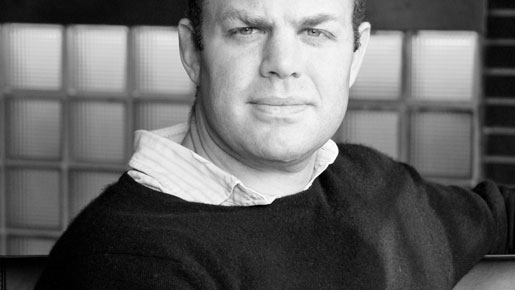 Over the last decade there has been a huge surge in consumers’ awareness of brand ethics, from global poverty, to food miles to organic produce. Of course, there are very different perspectives on the relevance of ethical messages internationally, making it even harder as brands increasingly become global, rather than local.

As an example, can an ethical message such as Unilever laundry’s reduction in packaging platform (highly relevant in Western Europe where people are seeking to reduce waste), have any relevance in markets such as South Africa and India (where some consumers use the packaging as wallpaper)? If not, can a global brand have an ethical proposition that is consistent across all its markets?

To this end businesses must take time to understand the role ‘ethics’ now plays in consumers’ decisions, many of which used to be untouched by such considerations, and how they can either make more of a currently hidden ethical differentiator or change their own behaviour for the better.

1HQ has looked into the role of ethics in branding, exploring this through conversations with consumers and also by looking at the semiotics of the category – the unspoken elements that drive so much of our behaviour. This study has been focused on the UK market, but we believe there are useful lessons that can be applied globally.

In developed markets, although still driven by a vocal minority, this new tide of active consumerism has been regularly seized on by the press and brands have been trying to smarten up their act. More mainstream consumers have been influenced and, whilst ethics is rarely the key factor in most decisions, many are looking for ways to do a little bit of good alongside their consumption. With all things being equal, consumers will opt for the ethical product rather than the unethical one.

However, there is confusion and a real lack of clarity over what some of these ethical messages mean. Consumers are bombarded by different messages in the media. For example, is the Toyota Prius good for the planet because it consumes less fuel or bad for the planet because of the increased energy and resource that goes into making one? Is it better to buy Fairtrade beans from Africa or avoid ’food miles’ by purchasing local produce? In some respects industry has been its own worst enemy; the ever increasing multitude of messages and logos (eg. in food: Fairtrade, Rainforest Alliance etc) often seems contradictory and confusing to less engaged consumers, who are bombarded by uncoordinated information from different sources. Instead of being engaged by the messages they are instead left wondering what they all mean.

One key to success for brands to understand is the tension between the ‘realist’ and the ‘idealist’ consumer. The ‘realists’ find that money, time and access cause a constant          tension with more lofty goals. Whereas at the other end of the spectrum are the ‘idealists’, who will go out of their way to keep to their principles and who influence behaviour and perception through their disproportionate voice in the media.

It is the ‘idealists’ who will drive change, but the ‘negotiations’ are conducted by the ‘realists’; brands have to find their own sweet spot between the two.

The key for all brands (and the ‘ethical labels’ such as Fairtrade which are increasingly becoming brands in their own right) is to provide consumers with a much stronger incentive to buy than is currently the case. Our study showed this can be best driven in the following ways:
– A message that connects personally with the consumer, by making the message as tailored and relevant to the target as possible. Many ethical outcomes brands boast at present lack relevance for the consumer. Our study found that the ethical messages and ideas resonated best when consumers could personally relate to the ethics being discussed. When this connection is made they quickly move through the ethical gears to become highly motivated and engaged. Indeed ethical messages which help the consumer, as well as wider society, are particularly effective. For example, fuel efficient cars reduce the costs to consumers as well as the impact on the environment.
– Clarity on outcomes of a consumer purchasing the product, rather than a more generic benefit. For example, Pampers link up with Unicef to provide vaccinations; One Water’s link to water pumps in Africa.
– Total transparency on your ethical stance, what you are doing to achieve those goals, and where you are currently coming up short; don’t wait for your shortcomings to be found out, admit them and set out what you’re doing to change.
– Don’t preach – ethical messages are not the most interesting element of your proposition for the majority of your consumers – after all they’re buying food / detergent / a car etc, not trying to create world peace – lecturing them on how to behave will put them off.

Having understood the consumer landscape, businesses need to focus on two key areas – identifying the strongest ethical areas for your brand to communicate and working out the optimal way in which to do this. When looking at what to communicate we identified a number of principles:
– Your ethical message should fit with your brand and be something you can build                 consistently over time;
– When teaming up with any ‘ethical label’ or third party endorser, consider the strength of their ‘brand’, category relevance, clarity of message and fit with your own brand.
– Assess how much you need to communicate – generally the more consistent the ethical message is with your brand the less you need to do on pack (but consumers still value supporting messages via different media such as websites etc).

Having identified what the key ethical messages are that you want to communicate, the business then needs to keep in mind:
– Most consumers don’t have time or interest to seek out your ethical value – so if you’ve got something worth talking about, make sure you’re not hiding this light under a bushel.
– Don’t try to do too much – less is more in many cases – and making one strong commitment rather than many minor ones is always clearer and more motivating.
– Finally, remember ethics is not the prime consumption motivator: you should be convincing consumers that your brand and product delivers on its core promise first and foremost, but just in a more sustainable way.

Overall, business and brands need to give their ethical branding approach a lot more thought: too often it seems an afterthought or something that smacks of ‘greenwash’ and consumers can spot it a mile off. The goal is always to deliver an integrated message that fits with your core proposition: it needs to be consumer relevant, market relevant and category relevant. It also needs to be easily understood and, perhaps most importantly, entirely honest.

When it all works together it can support and strengthen core brand messages, differentiate the brand and actively attract ‘ethically minded’ consumers. For the more ‘realist’ consumers, it will bring an added point of difference and help them to feel they are doing ‘their bit’ for the environment too; ultimately this will help build your brand and drive consumer loyalty. It is increasingly becoming an element of good corporate governance that consumers expect and setting your strategy out now, based on sound thinking, will stand you in good stead for the future.