Think on your sins

Groupthink and a lack of diversity among company decision makers have the power to sink even the most successful boardrooms. With the right amount of planning and adequate communication, it can largely be avoided 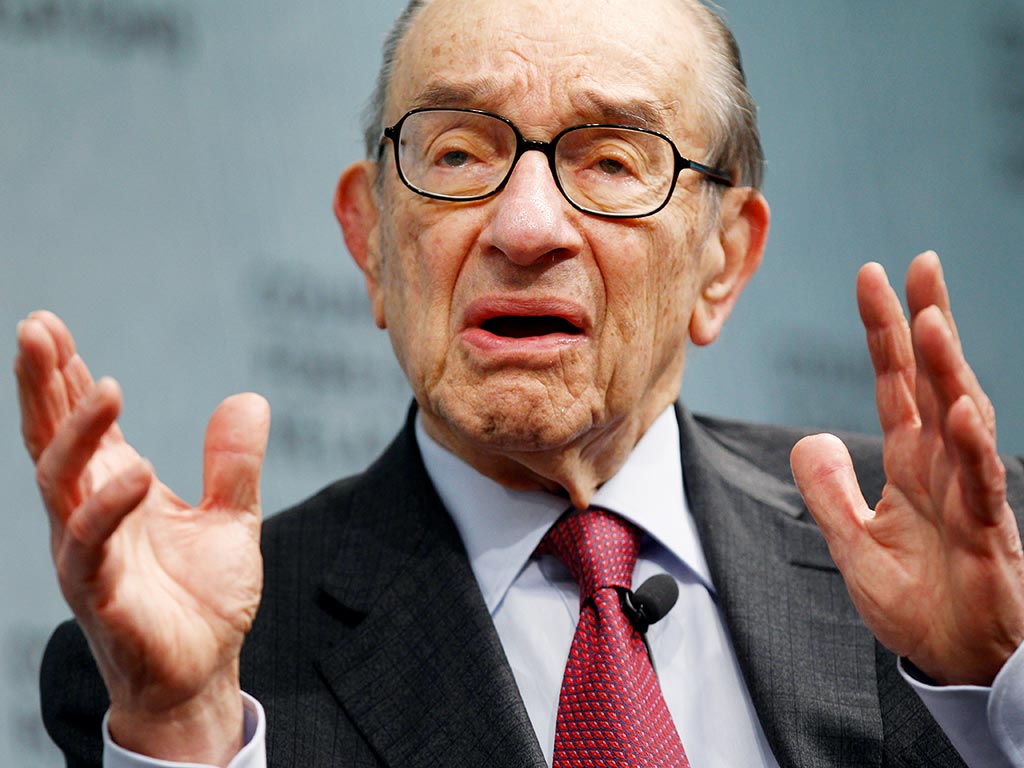 Alan Greenspan, former Chairman of the Federal Reserve. It is said he used to ask junior and senior team members their opinion before making a decision
Management

In March 1960, US President Dwight D. Eisenhower approved a desperate bid to retake communist Cuba from the hands of revolutionary Fidel Castro. The plan – based upon shoddy intelligence and sheer guesswork – was scheduled to be implemented the following April, after John F Kennedy was set to take control of the White House. President Kennedy was then briefed on the attack and approved it without critique; after all, he firmly believed in the morality of the mission at hand, and his cabinet dared not argue. That attack, known today as the Bay of Pigs Invasion, saw 4,000 people killed, and is now synonymous with complete failure. It’s also a prime example of how groupthink can singlehandedly destroy a major project – or in the business world, dismantle an entire firm.

First coined by William H Whyte in 1952, groupthink refers to a psychological phenomenon that occurs when a group of people allow their desire for harmony or conformity to result in an incongruous decision. Members of the group typically reach a consensus without critical evaluation of alternative perspectives by isolating themselves from outside viewpoints. These individuals – who typically share homogenous social backgrounds and moral beliefs – allow their high cohesiveness and loyalty to the group to outweigh any sense of independence or creativity. In turn, closed-mindedness and a pressure to conform lead towards the establishment of dysfunctional group dynamics, illusions of invulnerability, and ultimately collapse. Groupthink severely undermines the value of a group’s work, as it leaves all decision making to only the loudest or most charismatic team members. Consequently, constructive criticism gets drowned out by the proverbial ‘yes men’, and a lack of diverse viewpoints cripples productivity. In the corporate world, groupthink is often a matter of situational context. High-stress external threats, recent failures, excessive difficulties on a decision making task or moral dilemmas often lead closed, homogenous boardrooms to make rash or incongruous decisions that have the power to bring a business to its knees.

Empires can fall
If any testimony is required concerning the corporate dangers of groupthink, consider the cautionary tale of Swissair. Once revered as ‘the flying bank’, the Swiss airline company was for a time one of the world’s most successful; however, the boardroom culture was heavily symptomatic of a groupthink environment. In chief, they possessed an overwhelming sense of invulnerability due to the firm’s international success, as well as great homogeneity concerning board members’ social backgrounds and level of financial experience. This allowed for a likeminded leadership team to implement an expansive ‘hunter strategy’ that saw a number of ill-advised acquisitions Swissair simply didn’t have the capital to maintain. On top of that, Swissair’s internal illusion of invulnerability caused a failure to react against up-and-coming budget airline competitors like Ryanair and Easy Jet. No one on the board spoke up, and eventually the value of its assets plummeted dramatically – leading to a temporary financial bailout by the Swiss federal government in 2002. Eventually all operations collapsed, the company’s holdings were liquidated and every member of the Swissair management board faced court for criminal charges of mismanagement, false statements and forgery of documents. Swissair hasn’t been the only boardroom to succumb to groupthink.

For over 100 years, Marks and Spencer (M&S), with its sharp management and innovative merchandising, held a reputation as one of the world’s foremost retailers. Yet as the twentieth century came to a close, M&S was riddled with nearly every warning sign associated with groupthink.

Meanwhile, aggressive competitors who were more open to Europe’s evolving retail market began to surround the once prolific trader on all sides. Leaders at M&S failed to react to the increasing presence of innovative competition, deferring to a misplaced faith in the resilience of their traditional high street business plan – never mind the managers’ lack of desire to encourage any non-executive influence whatsoever at board level. As a group, board members ignored, denied or rationalised every warning sign that financial decline was on the horizon. By 1999, M&S shares had fallen by almost 50 percent; well over a decade later, the retailer has yet to fully recover.

A diverse demographic
Companies don’t have to succumb to the negative impacts groupthink can have on an otherwise dynamic boardroom. In fact, there are a number of preventative measures companies can take to ensure their board avoids being labelled the next Bay of Pigs, first and foremost by maintaining a diverse mix of individuals within the echelons of upper management.

Over the last five years, the most effective method with which to diversify boardroom demographics has been promoting wider female involvement in senior roles. In fact, some European states like Norway and Spain have even gone so far as to establish legislative quotas that ensure the EU’s biggest board rooms are more accessible to businesswomen. Subsequent studies have shown gender-based quotas may not be the best way to foster financial growth, as many Norwegian companies are consequently seeing areas of corporate worth decline by as much as 18 percent since the introduction of quotas. That said, voluntary integration in other markets throughout Europe has proven far more successful. Two years ago, 21 companies listed on the FTSE 100 featured all-male boards – today, this figure has been reduced to seven. The Credit Suisse Research Institute maintains that such changes are good business. For the past six years, firms with boards including women consecutively performed an average of 26 percent better than those that did not.

Some companies are still resisting the urge to diversify their boardrooms. In fact, one recent study found that last year only 291 of 5,184 board seats changed hands. This clearly illustrates a growing trend among companies that have given their CEOs a limit on the amount of outside directorship allowed to influence company decisions; and while an argument can certainly be made for the conventional solution to this issue (stacking one’s boardroom with only the most well-seasoned businessmen), plenty of firms have seen massive declines because their greying boards refuse to accept outside opinion. International fashion retailer Abercrombie is a prime example. In 2011, Abercrombie’s wary investors voted for a new measure requiring an annual election for each board seat, but the company directors completely ignored the vote. Subsequent unfavourable investment decisions – not to mention a poorly-handled PR nightmare concerning how the retailer promotes unhealthy body images – has led Abercrombie’s shares to plummet 11 percent in the first quarter of 2013 alone. The decline certainly appears to testify greatly on behalf of the validity of boardroom diversity.

The devil’s advocate
Even diverse boards can sometimes fall into a pattern of decisions dominated by a groupthink mentality. As these decisions are often fuelled by high-stress situations, it’s vital that companies take other preventative measures into consideration: chiefly, resisting the temptation to make rushed decisions. One reason Swissair folded was because its small and uncritical board blindly agreed to poor investments. An easy way to avoid making such rash decisions is to appoint a different member of the board to become the devil’s advocate at each meeting. This method not only slows ordinarily quick decisions, offering board members additional time to consider the implications of their actions – but it also forces the company to focus on alternative concerns that may not have otherwise been taken into consideration.

An additional measure that helps boards avoid groupthink is to actively seek opinions from outside the boardroom. It’s been said when Alan Greenspan was in charge of the US Federal Reserve, he asked each junior member of the management team what they thought about each given day’s crisis. Not until every staff member had weighed in did Greenspan ask the senior members of his Open Market Committee what they thought; only after that did the chairman make his decision. This illustrates yet another effective tool with which to combat groupthink – the notion that CEOs should not express an opinion before assigning their board a decision-making task. Moreover, board members should strive to distinguish the differences between conflict and progress. Once more, Swissair’s failed hunter strategy proves an apt cautionary tale, but by no means should this be allowed to marginalise the strength of a group’s ability to make bold decisions (so long as they’re well-planned). After all, the decline of M&S has not been a story of overly-aggressive investment strategy, but rather one of complacency. The same can be said for the makers of Blackberry, who failed to respond to the emerging presence of rivals like Apple and Google in the telecommunications market.

Breaking out
One case study as to the financial benefits of avoiding groupthink can be found at international law firm Eversheds. With over 3,800 employees across 26 jurisdictions, the firm was experiencing a three-year decline in profit margins, that is, until they signed on to the GEO voluntary gender equality reporting initiative in 2011. The firm has since established an ambitious goal to see female representation in the partnership rise to 25 percent by 2016. The number of female promotions rose from 30 percent in 2011 to 41 percent in 2012 – and subsequently, the firm’s financial success has lifted too. From 2011-2012, net profit at Eversheds rose by ten percent, while profit per equity partner increased 14 percent. This year it’s expected to maintain consistent growth.

Another sound example concerning how to avoid groupthink is embodied by charismatic business tycoon Richard Branson. Within the last five years, the Virgin mogul has declared (and is currently winning) a war on groupthink via the implementation of a number of different measures – least of all by diversifying his boardrooms. For example, his recently-appointed CEO of Virgin Holidays, Amanda Wills, has proven to be one of the most highly successful members of the Virgin Atlantic team. Her creative and focused business strategies saw the holiday provider’s forward sales jump six percent in the last quarter alone. Other female appointments within the Virgin empire have seen similar success. Last year Virgin Money CEO Jayne-Anne Gadhia oversaw a brave new investment strategy that increased underlying profits by 29 percent. Yet Richard Branson also makes a point of avoiding groupthink by bringing in company outsiders to chime in with alternate viewpoints at meetings. At a boardroom gathering earlier this year, Branson went so far as to invite an investment banker, a yoga practitioner and the owner of a Taco restaurant to help spark creative discussion. Branson also makes a point of asking junior staff members for advice before making big decisions, and likes to employ the skills of inspirational speakers to open major board meetings. Some of these approaches may admittedly be quite quirky in comparison to the way most boardrooms are run, however it’s tough to ignore the merit of such practices when Virgin’s overall revenue grew yet again last quarter by a respectable 3.6 percent.

If allowed to occur, groupthink has the power to sink national institutions and consign even the best business ventures to unmitigated failure. Yet this obstructive psychological phenomenon can be stopped. By encouraging boardroom diversity, creativity and analytical thinking, CEOs can not only gain vast insight and reflection concerning their firm’s customer base, but they can also increase effectiveness – and ultimately, growth.

This article was amended on March 9, 2017. It previously incorrectly identified Aaron Hermann and Hussain Rammal as partners in Swissair.