The pros and cons of executive remuneration 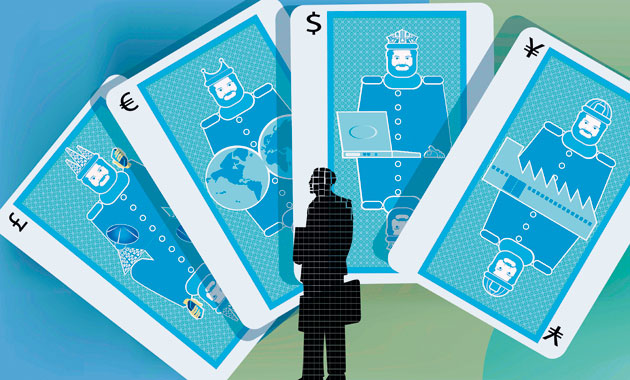 In a recent keynote speech, the UK’s Deputy Prime Minister, Nick Clegg, said he would push for changes in taxation to encourage companies to follow the model of John Lewis, a UK department store group which is owned by its employees and distributes its profits between them. He claimed that businesses owned by their staff are more dynamic and have higher morale.

The evidence for the claim of increased dynamism and morale is perhaps dubious, and there is equally little to suggest, in the broader sense, that companies providing employees with shares, or share options, routinely outperform their competitors who don’t operate similar schemes. It is difficult to imagine a shelf-stacker in a supermarket, a bank receptionist, or a quality control clerk in a manufacturing company being motivated to perform above and beyond the call of duty by being granted shares in their company. Providing them with an end-of-year cash bonus should the company do well is going to be significantly more motivational.

Share options were introduced into executive remuneration packages in the mid 1980s, driven largely by the explosion in corporate takeovers and LBOs, and became more broad-based towards the end of the 1990s. The belief was that by requiring executives to take a large portion of their remuneration in the company’s equity (shares and share options), the interests of the executives would be aligned with those of shareholders – maximising stock price in the long term.

Share option transactions also appealed to companies because they were not recognised in the company’s income statements but were only disclosed separately in notes to the accounts. That has since changed, with the International Accounting Standards Board and the European Parliament agreeing that companies must reflect in their income statements the effects of share-based payment transactions, including expenses associated with transactions in which share options are granted to management and employees.

Pros and cons
As one might expect, there are opposing points of view regarding the benefits of share option schemes. Those in favour suggest that the extensive use of equity options has enabled companies to achieve increased levels of performance by providing lucrative incentives for employees to enhance shareholder value, improving the attraction and retention of key employees – particularly those in positions where specific technical skills are vital to the performance of the company – and conserving funds by replacing cash compensation with equity grants.

Those against equity schemes suggest that they have the potential to excessively dilute the equity stake of existing shareholders (something Warren Buffet of Berkshire Hathaway has commented on strongly in the past), they provide weak incentives to junior and mid-level employees who have relatively little influence on the company’s financial performance and for whom the accumulation of long-term capital wealth is less attractive than an annual cash bonus, and that they are for long-term consideration and do nothing to address short-term issues. Nevertheless, for the most part, share option schemes have worked well and continue to be a viable – and in many cases essential – form of executive remuneration.

From a competitive viewpoint, however, the provision of share option schemes as part of the remuneration package is just a small piece of the jigsaw puzzle. More importantly for the company are the procedures for employing staff, not simply trying to negotiate the right remuneration package. Too often, recruitment produces more of the same; the emphasis is on ticking the right competency boxes rather than finding the people who can add value. To secure what the recruiting officers believe to be the perfect candidate for either a recent vacancy or a newly-created position, the question of “What makes you different to other candidates?” is frequently asked. This encourages candidates to apply the same solutions which they had applied to issues in their previous roles to similar (though different) ones in their new organisation and is one of the reasons why, despite the best efforts by organisations to differentiate their offerings or create clear blue water between themselves and the competition, they have, perhaps paradoxically, become more and more alike.

Taking the drivers of convergence as an example, it is easy to understand why. One such driver, benchmarking, has become a multi-million dollar activity with the establishment of institutions and training programmes actively encouraging managers to adopt the same processes and procedures as the best-in-class. Business gurus and industry commentators all have their role in peddling the same formulae from one organisation to another and from one industry to another. Compliance and standardisation of corporate messaging have driven out differentiation.

Due diligence
High on the list of convergence factors is the movement of people within and between companies. At all levels of an organisation, but particularly at the senior level and where technical skills are critical, the recruitment process can be fraught with difficulty. Despite people often being a major point of differentiation between organisations and being one of the major drivers in the competitiveness and resulting success of an organisation, recruitment is a process which is often handled without proper consideration. There are numerous cases where recruitment is undertaken without an in-depth understanding of the drivers behind the role or the personal attributes required to achieve success in the role. What generally happens is the hiring manager pulls the previous job description from his filing cabinet, passes it onto the HR department and then waits for the shortlist of suitable candidates. In a recent discussion with a major firm of management consultants who were seeking to recruit a senior member for their European office, it became apparent that the position description bore little relation to what they actually wanted. Upon close examination, it transpired that the job description had been drawn up based on what the previous incumbent had done during his five-year tenure. Given that the organisation had grown by 100 percent in the five years of his tenure and that its growth objectives included a 15 percent increase in revenues per annum over the succeeding five years, the actual skill set being sought was significantly at variance with what was really required to drive the business forward. This is not an isolated case, and it did provide a beneficial learning curve in recruitment practices for those in the firm.
More often than not, the hiring manager concentrates on competency-based recruitment (which clearly plays a part in the process) rather than aspiration-based recruitment. The question that should be asked at the beginning is “What sort of candidate will produce outstanding results for the organisation?” rather than “Can the candidate do the job?” This makes the recruitment process a driver, rather than an inhibitor, of management innovation.

While driving change tends to be something that comes from the top of an organisation, the “dare to do it differently” mentality should be encouraged throughout. If an organisation has a desire to undertake roles to help it achieve great results, then the recruitment process is the point at which to start. Without innovation in recruitment a true step change in innovation throughout the organisation becomes more difficult to achieve.

So a key question that needs to be put to selected candidates is not “How are you different to other candidates?” but “How will you make the company different?” That will sort the wheat from the chaff, with remuneration (for executive level candidates certainly) containing a carefully thought out share option provision as an integral component of the compensation package. Not quite the same when proposed by ill-informed politicians.