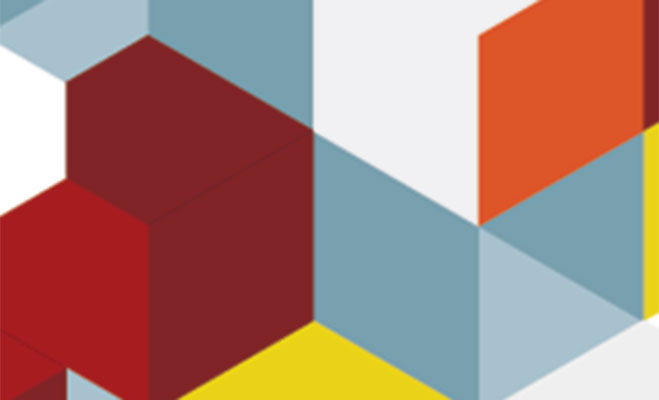 As businesses around the world seek to improve competitiveness, lower risk and build resilience, two leading authorities in the field of independent certification offer their thoughts. Mike James is the Managing Director of Lloyds Register Quality Assurance (LRQA) and Michael Toffel is Associate Professor of Business Administration at Harvard Business School.

LRQA is a member of the Lloyd’s Register Group and is a leading independent provider of Business Assurance services including certification, validation, verification and training across a broad spectrum of standards and schemes. Recognised by over 50 accreditation bodies, LRQA delivers services in more than 120 countries.

The process by which an organisation achieves certification involves an assessment process that includes a series of visits by assessors who examine an organisation’s management systems to determine whether they meet the requirements of the chosen standard or scheme. This results in an assessment report including an executive summary providing the means to continually improve the management system. When an organisation achieves approval to a standard such as ISO 9001 (Quality Management) or ISO 14001 (Environmental Management), it is known as ‘approved’, ‘registered’ or ‘certified’ and the organisation is provided with both a certificate and a logo that can be utilised as a powerful marketing tool on corporate literature, bid proposals, marketing collateral and websites.

As Mike James recently stated, “Given that over one million organisations in more than 150 countries now use ISO 9001 to manage their key value creating processes, this is arguably the most influential piece of business management literature ever written.”

Transparent and credible governance of certification bodies through the accreditation process is fundamentally important to the value of independent assessment and certification. It is central to stakeholder confidence in ensuring that the competence of assessors and the impartiality of the decision-making process is maintained. Accredited certification of management systems to recognised national or international standards provides organisations with a credible means of managing risk, improving efficiencies, and fostering continual improvement and greater competitiveness.

Drivers for certification
In the course of his research, Professor Toffel has found that the main driver for independent certification of quality management standards, such as ISO 9001, is meeting requirements of current and potential customers. However, he says, “In other domains such as environmental management and labour practices, many companies are adopting independent third-party certified management standards in an attempt to distinguish themselves.

In comparison with the quality domain, companies rarely require their suppliers to adopt international standards governing environmental management and labour conditions, which is one reason fewer companies have adopted them. However, this means that such standards offer greater opportunity for suppliers to differentiate themselves from their competitors.”

Continuous improvement is a key feature of internationally recognised business standards. Organisations are required to set objectives and targets, to measure progress against these targets, and to periodically review progress. Importantly, the standards require management to periodically review these objectives and targets in order to ensure progression. Professor Toffel says “the whole idea is that as you achieve these targets, you set new ones. For example, ISO 14001 contains a lot of provisions to help organisations ensure that procedures are documented and that staff are well trained, but if that were all it had, then you wouldn’t necessarily expect improvement; targets that require periodic review and revision ensure a drive for continuous improvement.”

Many companies around the world have imposed specific requirements on their suppliers based largely on the premise that becoming certified to management system standards will yield superior performance, through the process of control or product quality. In addition, some believe that adopting these standards can lead to fewer problems, such as process disruptions or product defects.

Taking ISO 14001 as an example, this standard helps companies to organise environmental management processes within a plant or across an organisation. It requires the creation of an environmental policy and documentation of procedures such as training and internal quality audits. Summarising, Professor Toffel says “It’s a way of organising all of the organisation’s activities which might otherwise be conducted in a more ad-hoc manner. It can also help organisations harmonise their approach across their various plants, which some managers have noted is particularly helpful after acquisitions. So, ISO 14001 can provide a consistent, structured approach to the management of environmental affairs.”

Many of LRQA’s clients have demonstrated that compliance with ISO 14001 improves an organisation’s regulatory compliance in areas such as environmental emissions, energy efficiency and waste management and as such can offer opportunities for cost reduction. The creation of an effective environmental management plan reduces risk, providing assurance to stakeholders and often delivering brand benefits.

A further benefit of independent certification is compliance with customer-specified requirements; many companies now require independently approved certification to a number of different standards in order to lower risk and assure the resilience of their supply chains.

While all certification delivers a number of common benefits, each individual standard provides its own specific advantages. For example, Professor Toffel says “In terms of processes, a few academic studies have shown that ISO 14001 adopters experienced faster reductions in pollution and greater improvements in compliance with environmental regulations, compared to a similar set of non-adopters. These studies were conducted in the US, so we need to replicate them elsewhere to know whether similar effects would be found in other countries.”

In a different study co-authored by University of California-Berkeley Professor David Levine, Professor Toffel looked at ISO 9001, again comparing adopters with non–adopters over a period of time. The researchers looked at single-plant firms in California and found that the ISO 9001 adopters realised faster sales growth and employment growth compared to a similar set of non-adopters, which served as the control group. They also found some evidence that ISO 9001 adopters were subsequently more likely to report zero injuries warranting workers’ compensation. This was particularly interesting because it revealed that the adoption of the ISO 9001 quality management system appears to have some spill-over benefits in terms of improving workplace safety.

The California study also found that ISO 9001 adopters were more likely to have survived several years later, compared to the non-adopters. Professor Toffel believes that there are several possible explanations for this finding; “First, many believe that ISO 9001 is a proxy for other good management practices and that better run companies are more likely to survive. Second, because ISO 9001 is so often adopted to qualify for more tenders, one might expect sales to increase among adopters, thereby enhancing survival – which was also found in the study. But in either case, our results indicate that companies looking for long-term supplier relationships can use ISO 9001 as a useful predictor of supplier longevity.”

Who benefits most?
Professor Toffel’s work has demonstrated that on some indicators, smaller companies experience greater benefits from adopting ISO 9001 than larger companies, in terms of sales and employment growth. This could indicate that smaller firms might learn more from adopting ISO 9001, or that the standard might be particularly helpful in enabling smaller firms to focus on quality.

“The benefits of adopting ISO 14001 might be greater in countries with weaker regulatory enforcement because adopting standards to meet independent third-party certification could spark an investment in managerial attention that can substantially enhance operational effectiveness and efficiency,” Professor Toffel said.

Mike James believes that the competence of the assessor is a major factor in the successful delivery of benefits that can be gained from independent certification. He says “The art of good assessment is asking good questions; by being able to answer the questions an organisation learns more about itself. If it can’t answer them, it finds fundamental problems that need solving. In either case the organisation becomes more self-aware and is therefore better able to adapt and change.

“The importance of this ability to ask good questions means that assessors have to become bi-lingual; they need to be able to speak both the language of the shop floor and that of the boardroom. Assessors not only need to understand the industries they work in and the businesses they assess, they also need to be able to apply this knowledge in a way that unlocks the intrinsic value in the assessment process.”

Mike also stresses the importance of qualified auditors employing the latest assessment methodologies: “In recent years, we have moved away from ‘snapshot’ style audits towards a management systems approach that looks at the organisation in a holistic manner, assessing all of the organisations’ critical systems and processes.”

Independence and transparency are vitally important to the assessment and certification process. However, says Mike James, “providers of certification should add value to the process through structured and measured questioning, known as Socratic questioning. This provides assurance to clients, their customers and wider stakeholders in society.”

Looking forward
Professor Toffel believes that further research is necessary in order to better quantify the benefits of certification. “It’s interesting that despite the widespread worldwide adoption of ISO 9001 and other industry-specific standards, there is virtually no robust systematic academic evidence about the conditions under which these standards best deliver on their promise to ultimately deliver consistently high performance, whether it be for quality, environmental, or labour conditions. While academic researchers have the skills to conduct this analysis, they don’t have data on the relevant process and product metrics over time. I am actively seeking to work with organisations that are willing to share this information on their own facilities or of their suppliers, over time, before and after these standards were adopted.”

“In order to remain a valuable business asset, ISO standards need to continue to evolve, ensuring that organisations of all sizes, complexities and locations see a clear connection between their strategic objectives and their management systems. It is not just about meeting the requirements of a standard to achieve certification; robust systems and processes definitely need to be embedded in absolutely everything that the organisation does, and will do.”