European CEO takes a look at the story of Robert Wessman – the young entrepreneur who now heads Alvogen, a rising star in the generic pharmaceuticals industry 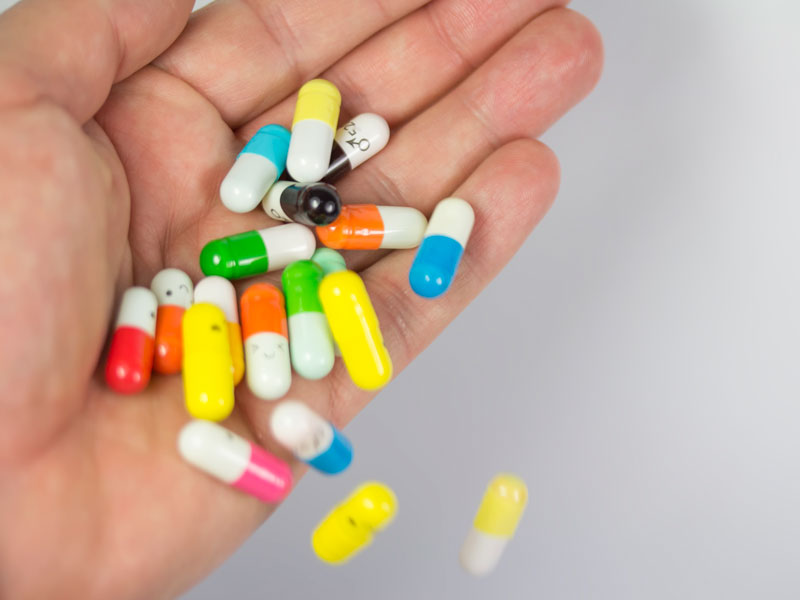 By the end of its first year of operations, Alvogen had added 50 new products to its portfolio
Management

Born and raised in Iceland, Robert Wessman – the founder and CEO of generic pharmaceutical firm Alvogen – developed a strong work ethic from a very young age. Taking his first job at age 10 in newspaper sales, the need to succeed has never left him since.

As a teenager, Wessman struggled with dyslexia and low confidence, but his competitive streak helped him secure the grades he needed to enrol at the renowned University of Iceland. Even so, he was still unsure of what path to pursue, his choice being between medicine and business management. It was a simple toss of the coin that saw him choose the latter.

Not long into his studies, Wessman dreamed of starting his own company. To get the necessary experience to make this a reality, he got a job at an Icelandic bank, before quickly shifting to the shipping sector. During his time at logistics firm Samskip, Wessman helped turn the company’s fortunes around – a feat that led to his subsequent appointment as CEO of its German operations.

Leadership tendencies
Despite enjoying great success at Samskip, when he was just 29, Wessman decided to return to Iceland for a new opportunity – this time managing a small, struggling, generic drug manufacturer, Delta (which was later rebranded as Actavis and then acquired by Accord Healthcare).

Naturally, the challenge came with a fair amount of risk. “We built our own pipeline of generic medicines and used our contract manufacturing base to expand the business from Iceland into 40 countries,” Wessman told European CEO. “In only eight years, we acquired and integrated over 30 acquisitions to help gain critical mass in our key markets.” Within an eight-year period of rapid growth, during which share prices increased by around 55 percent each year, Actavis had become a multibillion-dollar business.

Wessman, however, decided to leave Actavis in 2008, in what would prove to be a defining moment in an already impressive career. He wanted to start a new global company and prove that it could be done again – but this time in the middle of a global financial crisis.

In June 2009, Wessman met with a group of investors at a restaurant in New York to describe his vision for a new business that he argued could become a serious player in the pharmaceutical industry.

To help demonstrate his thoughts, Wessman grabbed a paper napkin and began sketching out diagrams and bullet points to illustrate the company’s unique selling points. His vision included a 125-year-old manufacturing plant in New York, which was owned by Norwich Pharmaceuticals. This site, he explained, would act as a platform to enter into the US market, while also serving as a base to expand operations into the Central and Eastern European, and Asia-Pacific regions.

Overcoming obstacles
The timing, however, could not have been worse; not only was the market already saturated, but the global financial crisis had also cost Wessman an eye-watering $250m (€212m). Nonetheless, he took a leap of faith and purchased a portfolio of generic drugs that were still under development. But Norwich – the company on which his hopes were pinned – had only $37m (€31m) in revenue and no profits at the time, while its facilities would also need a $50m (€42m) upgrade.

Fortunately, Wessman’s past success at Actavis had inspired confidence with investors, and Norwich’s owners agreed to finance the renovation. In return, Wessman took over as executive chairman and acquired a 40 percent stake in the company through investment company Astiq.

“No-one was waiting for another start-up in the industry,” Wessman recalled in a case study on Alvogen by Harvard University. “Industry colleagues looked at me as if I were mad.”

But Wessman was determined to turn things around at Norwich, just as he had done at Actavis. After starting afresh under the new name of Alvogen in 2009, the next step was to attract the best talent in the industry, which included former colleagues. The small but experienced team then grabbed hold of every product license available to them.

By the end of that first year, Alvogen had added 50 new products to its portfolio. This early success prompted a strategy that targeted specific markets and products that would set Alvogen far apart from existing market leaders.

The importance of talent
The company grew quickly, which Wessman attributes to the quality of its value-added products, first-class customer service and company culture. “Having a strong, unified corporate identity empowers independent thinking and on-the-spot problem solving,” he said.

According to Wessman, a leader’s greatest asset is a talented team: “A leader needs to engage the right people and unite them around a clear and specific vision, empower them to act and inspire them to achieve something that others have not achieved before.”

He also maintains that a solid corporate culture is essential for success, which is built not only by gifted, hardworking individuals, but also by those that place joint success ahead of personal achievement.

For more about Robert Wessman and his remarkable career, check out the upcoming issue of World Finance magazine.