Led by CEO Robert Wessman, global pharmaceuticals business Alvogen has continued to impress the business community with its extraordinary growth and success 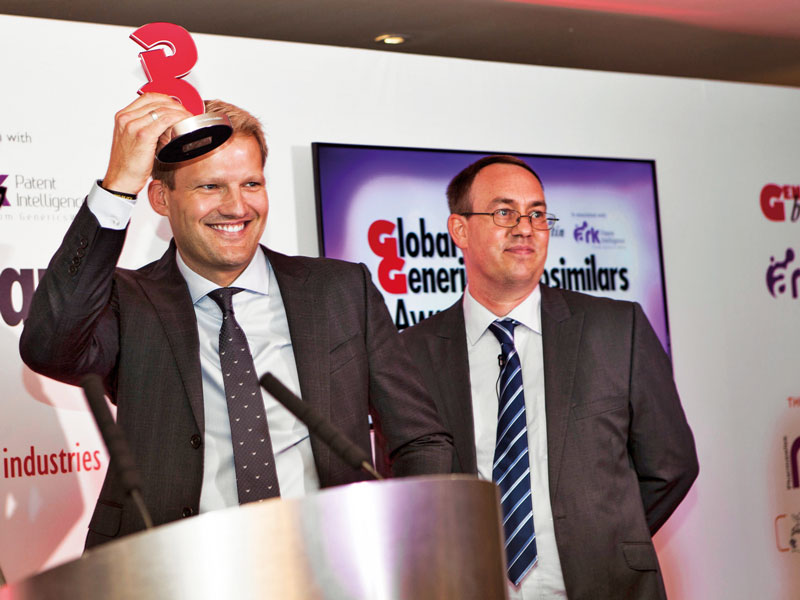 Under Wessman's leadership, Alvogen has built a solid commercial presence in 35 countries and established strong platforms in emerging markets in the CEE and Asia-Pacific regions
Management

The global pharmaceuticals industry continues to face a number of changes and challenges. The US generic drug market, in particular, is undergoing a dramatic transformation, where the largest players are having to withstand unprecedented pressure on their base portfolios. For listed companies, this has caused a lot of downward pressure on market valuations, which has driven consolidations and immediate actions to lower costs.

The new climate in pharma has forced top executives to think on their feet and find new ways of staying competitive in the global market. Robert Wessman, CEO of Alvogen, has built a well-targeted portfolio for the US and Central and Eastern European (CEE) markets. This has been further supplemented by strategic acquisitions in Asia, where Wessman continues to look at emerging markets for growth.

Making a mark
For years, Alvogen has been a leading player in marketing biosimilars in the CEE region, and Wessman anticipates the industry will see its strongest growth in the next few years.

As such, Wessman has designed Alvogen’s organisational structure to facilitate swift decision making and regional focus. With no heavy central structure in place, the company is able to quickly react to market changes and, more importantly, lead changes that are transforming the industry.

Wessman has been around the block in the pharmaceuticals industry, with the best part of 20 years’ leadership experience under his belt. His pharma journey began at generic drug maker Delta, which would later become multibillion-dollar pharmaceuticals business Actavis.

After leaving Actavis in 2009, Wessman approached investors with his vision to create a serious player in the highly competitive pharmaceuticals industry. A few months later, Alvogen was born.

Within the space of just eight years, Alvogen has built a solid commercial presence in 35 countries around the world and established strong platforms in emerging markets in the CEE and Asia-Pacific regions.

A culture of success
Wessman has something of a Midas touch. Last year, Alvogen posted global revenues exceeding $1bn (€851.3m) for the first time, while its sister company, Alvotech, is primed to take advantage of the market shift towards biosimilars.

Having played a major role in Actavis’ growth, as well as establishing Alvogen as a leader in growth pharmaceuticals, it’s no surprise Wessman’s strategies are of real interest to business experts and have been analysed in extensive detail in two case studies by the Harvard Business Review.

Professor Daniel Isenberg, formerly of Harvard Business School, said of Wessman: “Over my career I’ve met many first-class directors. In my opinion, Robert is among the top four or five. Even Bill Gates and Elon Musk at Tesla could learn a lot from him.”