Tracking employees when they’re abroad is hard enough in normal circumstances. When there’s an incident, expert assistance can be the difference between life and death 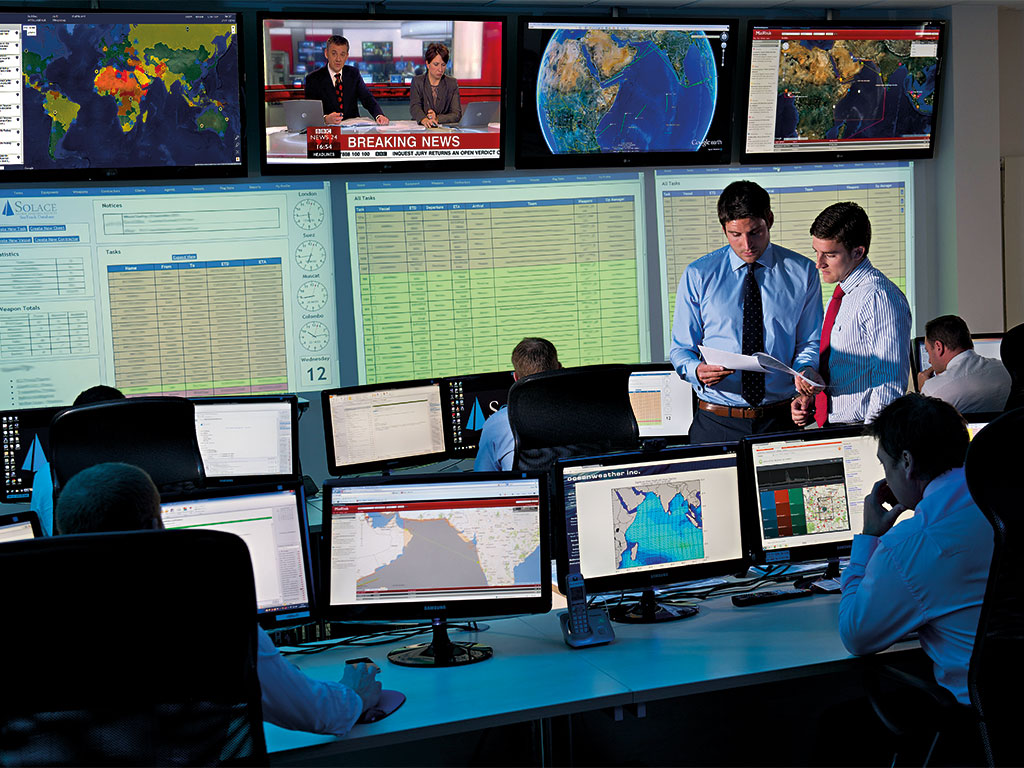 Solace Global's response centre is a hub of information, providing peace of mind when your employees are on foreign soil
Management

One of the major challenges accompanying globalisation is the rise of business travel to unsafe or unstable locations. Add to this the increased amount of terrorist activity in countries previously considered benign, and it’s clear companies need to do more to prepare and protect their business travellers.

Any number of risks can occur when abroad, from illness, road traffic accidents, bag-snatching and sexual assault, to terror attacks and kidnapping. It is the duty of the employer to make necessary preparations for all potential eventualities. Failure to do so will extend far beyond reputational damage, as legal proceedings and unlimited fines can ensue.

Risk reduction
Planning ahead and considering security and medical risks is instinctive when travelling to countries with a reputation for armed conflict or high rate of violent crimes. A business trip to Syria would not be contemplated without investigating the security risks posed by the ongoing civil war. But what about trips to places with less frequent incidents, which still pose their own considerable threat nonetheless? The 2013 Westgate Shopping Mall attack in Kenya and the 2015 Bardo Museum and Port El Kantaoui attacks in Tunisia killed 119 people, mainly foreigners. These locations were previously thought safe, despite the regional threat posed by local terrorist groups. It is now vital to be fully informed on regional threats and how they may impact your travel.

In the age of mobile phones and social media posting of events as they happen (often far in advance of traditional media), technology means we can better prepare for and avoid threats. A great way is for companies to provide access to an online platform or automated itinerary tracking system. These can offer intelligence reports, online training, and risk assessments on travel itineraries. Preparation is key to making quick and instinctive decisions, which can be life-saving; an intelligence alerting tool will notify you of significant events in your vicinity, which is crucial for early warning and avoidance.

Threat levels
Unfamiliar environments increase dangers for travellers, many of whom are inadequately informed of local risks, cultural sensitivities and geographical issues. If the areas we travel to are unfamiliar, it is easy to make a wrong turn into a more forbidding neighbourhood while heading to an appointment.

Even the simplest of information can be overlooked if we get complacent; always know the emergency services number and, more importantly, what the response will be when you dial them. In the west, we rely on an ambulance reaching us in minutes, not hours, and it not being a flatbed in the back of someone’s car. Similarly, we expect a policeman to react professionally and provide comfort and reassurance in distressful situations, not try to bribe or become violent.

How do you know what suburbs to avoid? The local scams? Are there criminal gangs known for kidnapping in the area? By knowing in advance what to expect, we can make smarter, safer choices, particularly if we should find ourselves victims of an incident or malady.

In September, three foreign engineers were kidnapped in south-west Libya. Travelling and working in high-risk areas, especially to places known for targeting westerners, carries a responsibility in terms of employer duty of care. This is increasingly difficult to manage independently, due to the broad range of threats.

By knowing in advance what to expect, we can make smarter, safer choices, particularly if we should find ourselves victims of an incident

What’s more, due to the indiscriminate and unpredictable nature of terror attacks, particularly of the ‘lone-wolf’ kind, mitigating this threat in regards to personal safety is difficult. However, a travel-tracking app, such as that provided by security and medical assistance professionals Solace Global and CEGA, offers a means to research your destination pre-travel, run through online training, and stay informed of relevant security and medical incidents in your vicinity. Furthermore, it allows you to inform others of your location and reach out for help 24/7 should an incident occur.

Unexpected and sudden
Last July, thousands of passengers found themselves stranded as the Turkish military surrounded Ataturk Airport in Istanbul, as flight operations were shut down just two weeks after the deadly attacks at the same airport. Travellers were in a chaotic situation, with little information and limited assistance. Having access to reliable updates and a response centre to assist you with alternative transport, in-country security/medical assistance, and safety precautions reduces the odds of becoming another victim in a foreign environment.

Do you know quickly, easily and remotely where all your travellers are? For many companies, particularly those with offices around the world, establishing the location of their travellers quickly can be a nightmare. Should an incident happen like the 2015 Paris attacks, how quickly could you establish if you had people there and whether they were safe? As the attacks spread over three separate locations around the city, could you advise them how to avoid the threat areas? Would you, as with many companies, need to call main offices, travel management companies and HR to get lists and spreadsheets of the expected locations of your personnel? If this happened out of hours, would it complicate things further? Having a single web and app-based tool that allows authorised company personnel to see (at the push of a button) who is where and reach out to them en masse to confirm they are ok is a critical part of crisis management, and is key to limiting the impact of an incident.

Health and wellbeing
It is vital sufficient medical evacuation cover is prepared for employees travelling abroad. Given the level of hostility in much of the world, it is also vital that patients and medical staff are given adequate protection; becoming ill in hostile environments will require experienced collaboration between medical and security assistance providers to transport employees safely to the right facility. Solace Global and CEGA together carry out frequent medical evacuations in some of the world’s most dangerous places, including Iraq, Somalia, South Sudan, Kenya, Bangladesh, Afghanistan, Burkina Faso, Libya, Pakistan and Yemen.

Generally, when an individual is injured or ill under benign circumstances, they are easy to locate. However, when country security has broken down, locating employees can be an enormous challenge. While the aforementioned travel-tracking app is a useful first step, what if the traveller is injured? What if the country is spiralling out of control? What if the government looks set to be overthrown? During the 2016 South Sudan crisis, Solace and CEGA faced all these challenges.

Two individuals were in the south of South Sudan with gunshot wounds and the onset of septicaemia, both in critical conditions. Remaining in the country for much longer would have cost them their lives, with medical facilities already limited and under huge demand following the fighting. Being a few hundred miles from the city, a lengthy road move back to the airport, which was closed due to the fighting, would have been too dangerous. Working together, Solace and CEGA arranged a secure road move to the border with Uganda, from where the victims were flown by helicopter with on-board emergency medics to a hospital in Kampala, saving their lives.

Employers need to be prepared for threats to fulfil their duty of care. Unfortunately, this can be difficult to achieve for companies outside the security sector. In the case of South Sudan, our intelligence team had been closely following events in the country, knowing clients were there. We had also begun to mobilise and form contingency plans for evacuations, including identifying air assets, landing zones and border crossing points.

You cannot prevent all incidents, but through simple planning and training mechanisms you can go prepared and informed to make smarter choices, crucial for reducing the likelihood of an incident. Having technology, intelligence, response and assistance services from a single provider, you can limit the impact and consequences of an incident. We can help you design and implement a complete travel risk management system.