Time for a boardroom reckoning

Shareholders are becoming increasingly vocal on a range of hot-topic issues. If boardrooms fail to address their concerns, business will inevitably suffer 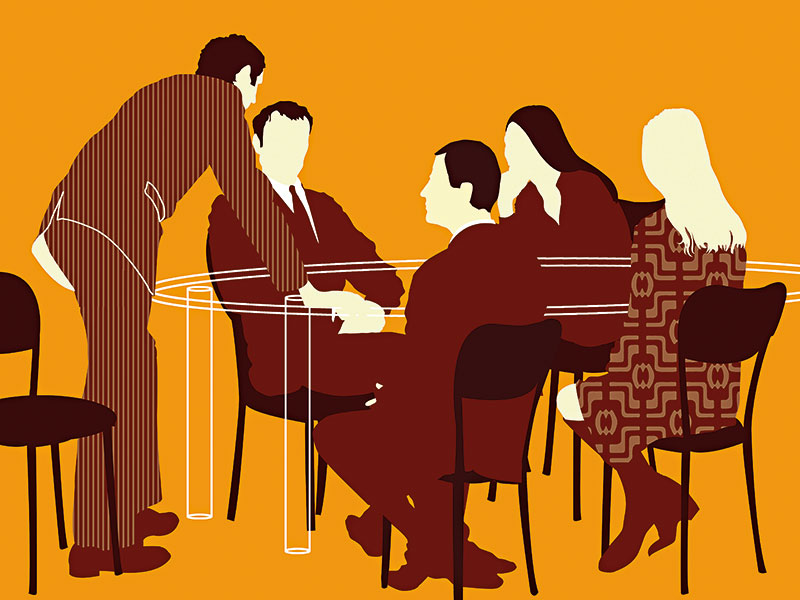 Gone are the days when annual general meeting season – the time of year when executives and directors of publicly traded companies gather to report on their activities, accounts and plans to shareholders – went by unnoticed.

Ever since the 2012 ‘shareholder spring’, shareholders have stopped acting as passive recipients of companies’ reports or obedient rubber-stampers of their plans and pay packages, and have started actively and publicly questioning board decisions, airing grievances and submitting proposals for change. This shift is long overdue, and it will transform how business operates, whether companies like it or not.

Over the years, the number of issues that attendees have taken up during annual general meetings has grown exponentially. In fact, as several large-scale investors have told me, there are so many issues in need of attention that it can be difficult to prioritise them. Still, some issues have taken on particular prominence.

Paying the price
This year, the issue that was raised most frequently was executive pay. What stands out is that discussion of the issue was based not just on a sense of unfairness arising from extreme pay disparities and an apparent lack of regard for performance, but also on hard evidence, including a clearer understanding of how pay packages and bonuses work. This raises the likelihood that current grievances will result in real change.

Of course, this trend is far from universal. Shareholders at Tesla approved what corporate governance experts have called the “staggering” pay package of the company’s billionaire founder, Elon Musk, whose “Trump-like ability to get people to believe in him and his preposterous promises” – as one commentator put it – has propelled the company’s share price to sky-high levels at the same moment that its bonds are trading at junk bond levels.

Nonetheless, the shareholder pushback represents a major step forward, and the fact that the compensation issue is now being discussed not only in business media, but also in general outlets, magnifies the activists’ potential impact.

Shareholder concerns
While executive pay got the most attention this year, investors and the public are deeply concerned about several other issues as well. Some are better known than others, but all will require urgent attention in the coming months if boards are to avoid major upheaval at next year’s annual general meetings.

For starters, resistance to allowing CEOs to also serve as board chairs – long a topic of conversation, particularly in the US – is intensifying. At Tesla, investors are being urged to keep Musk only in his role as CEO, while bringing in an independent board chair. Mark Zuckerberg’s dual role at Facebook also seems to be subject to increasing opposition.

Second, companies are facing intensifying pressure to improve their handling of sexual harassment accusations, from their response to initial complaints to their reporting of such responses. In the #MeToo era, when victims feel increasingly empowered to report the harassment and assault that they experience, the extent of the problem – and the inadequacy of existing mechanisms for responding to it – is becoming starkly apparent.

AFRINIC, the body responsible for allocating internet network addresses across Africa, is in virtual free fall after allegations against its chairman resulted in the board’s disintegration. The Hollywood producer Harvey Weinstein has now been arrested on charges of sexual assault, and the company he founded, the Weinstein Company, has collapsed. Organisations like Save the Children are facing a reckoning as well.

Cause and effect
Another issue that is taking on a new sense of urgency is the relationship between business and politics, with companies facing criticism for their political entanglements. In particular, the pharmaceutical giant Novartis has found itself under the microscope in two countries.

In Greece, Novartis is accused of bribing 10 politicians. In the US, the company not only spent $8.8m (€7.6m) lobbying US lawmakers in 2017, it also paid $1.2m (€1.03m) to President Donald Trump’s personal lawyer, Michael Cohen, for guidance on how the Trump administration would approach healthcare policy issues. The telecommunications company AT&T paid Cohen as much as $600,000 (€515,490) as part of a similar consulting contract.

Even if these actions are not explicitly illegal, they raise serious ethical – and, in turn, reputational – questions, for which companies are increasingly being called to account. The same is true of decisions taken in numerous other areas, from environmental policies to working conditions, which are also becoming subject to growing scrutiny.

All of these are real and well-founded concerns that will not go away any time soon. Boards and executive teams cannot sweep them under the rug, treating them like passing fads. The best bet for business is to get ahead of these issues, taking real, timely action to address them as soon as possible. Otherwise, future annual general meetings will only become tenser.