Responsible investments have gone from niche to norm, with more stakeholders than ever demanding that their portfolios have a positive social impact 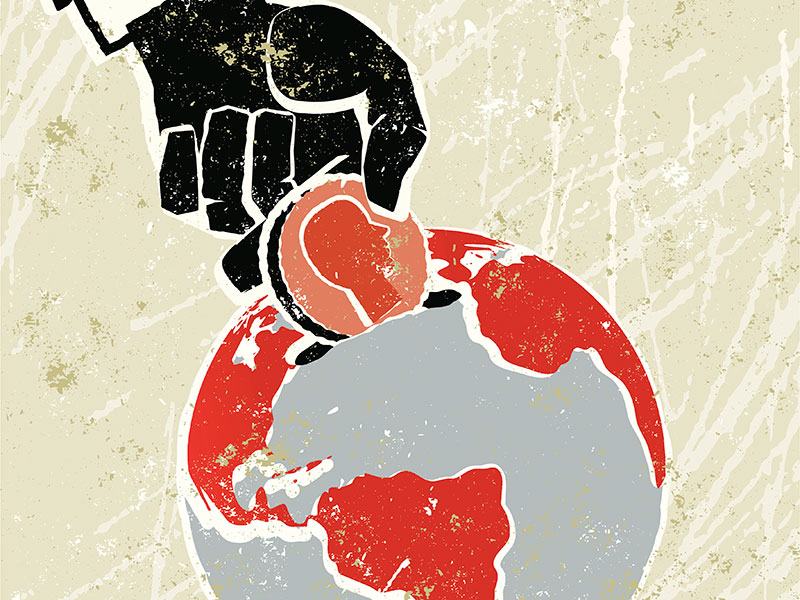 Women and Millennials tend to invest in order to make a clear and measurable positive impact on society, not just to generate profit
Finance

Naturally, these inequalities have created tension, with factors like climate change only exacerbating the situation. Energy demand, for example, has grown by 20 percent over the past decade, and future increases to the global population will only accelerate this growth. The accompanying upsurge in fossil fuel consumption is simply not compatible with the need to keep the rise in global temperature below two degrees.

Earth Overshoot Day – the day on which humanity’s resource consumption for the year exceeds the planet’s capacity to regenerate said resources – fell on August 2 in 2017. In 2008, just a decade earlier, Earth Overshoot Day fell more than two months later, on October 26. This is a simple but effective way of showing that resources are being used faster than ever before; we are living on credit, which is simply unsustainable in the long term.

A world in motion
Thankfully, a growing number of countries are waking up to these realities; individuals, companies and investors are now itching for change. Governments and other public bodies around the globe are leading the support for this revolution. Since COP21 in 2015 – and the resulting agreement to limit this century’s rise in global temperature to “well below two degrees Celsius above pre-industrial levels” – policymakers have been increasingly supporting economic growth.

The financial crisis acted as a wake-up call, showcasing the flaws and short-termism of the financial sector

The United Nations’ Sustainable Development Goals (SDGs), which were adopted by 193 nations in 2015, have further encouraged this shift in mindset. Recent examples include the EU Commission’s Action Plan for Sustainable Finance and Costa Rica’s promise to ban fossil fuels and become the world’s first decarbonised society. There’s also the fact that 66 percent of EU cities currently have plans in place to combat climate change.

Sustainable business is rapidly becoming a mantra for corporations too, with estimates by the International Labour Organisation suggesting the global green economy could create 24 million jobs by 2030. The business world is certainly moving in that direction: barely a week passes without a major announcement from a big-brand company about its sustainability efforts. Adidas, for instance, sold one million pairs of trainers made from ocean waste in 2017. Volvo, meanwhile, revealed plans to cease production of all petrol and diesel cars by 2019.

The drivers of change
Aside from global agreements and public action, the move towards a more sustainable world has been spurred by the financial crisis. While it’s true responsible investment (RI) existed before 2008, the financial crisis acted as a wake-up call to many, showcasing the flaws and short-termism of the financial sector.

Essentially, the crisis provided a stark reminder of the interdependence between societies, governments, economies and financial markets. At the heart of this realisation was the role of investors. While previously concerned with simply making short-term profit, investors began to focus on good stewardship at investee companies.

Demographics are also playing a major role in this ongoing change, with Millennials viewing finance and investment as powerful tools for changing the world. They also view environment, social and governance (ESG) integration as an essential component of their own investments.

Equally, the increase in female participation in the labour market has further driven sustainable pension choices. Both of these groups – women and Millennials – tend to invest in order to make a clear and measurable positive impact on society, not just to generate profit. Consequently, sustainability awareness is having major knock-on effects for both investors and asset managers alike.

Adapting asset management
Retail and institutional investors are considering the impact of their investment choices more and more each day: according to Schroders’ Global Investor Study 2017: Sustainable Investing on the Rise, 78 percent of investors consider sustainable investing to be more important to them than five years ago, while 64 percent increased their sustainable investment allocations in 2017.

As stewards of capital for millions of savers, institutional investors are increasingly urging corporations to take responsibility for their carbon emissions and are no longer hesitating to divest in the case of non-compliance. Indeed, better-informed RI investors are now seeking accurate and detailed measurements of the social impacts of their portfolios.

Meanwhile, many asset managers have innovated their product ranges and integrated extra financial analysis into traditional fund ranges. In the past 10 years alone, the number of funds integrating ESG factors has quadrupled.

And between 2014 and 2016, the market for responsible investing grew by more than 25 percent, with this trend having accelerated further since. While led by Europe, this movement is global. Even in the US, where the adoption of sustainable principles has been slowed by political headwinds, investors are engaging with ESG issues. Other regions, such as Asia, are catching up too, with public entities in Japan and South Korea showing particular interest.

The next level
With responsibility and sustainability at the very core of our investment offering and business conduct, Candriam has pioneered socially responsible investment (SRI) for more than 20 years now. Indeed, Candriam launched its first SRI strategies in 1996. Fortunately, however, we are no longer alone: sustainable investing now seems to be an irreversible trend, with the allocation of capital evolving from a strategy based on value to one reliant on sustainability and better-informed investment decisions.

We believe this is key, as asset managers can help generate further change and be pivotal in the industry’s transformation. As economic agents, asset managers are uniquely placed to help capital flow towards more sustainable investments. While the industry is now on the right course, time is running out. The transformation at stake needs enormous financing: it is estimated that achieving the SDGs will require between $5trn (€4.3trn) and $7trn (€6trn), with an investment gap in developing countries of around $2.5trn (€2.2trn).

Certainly, enhanced cooperation between public and private sectors is a prerequisite of success. A sustainable economic system needs to be organised differently, using legislation, tax systems, subsidies and regulations to align economic activity with sustainable development. The momentum for change exists, but investment firms – and their clients – still have a big role to play in making finance great again.