Shareholder activism in Europe is booming. But what is behind the rise of Europe’s corporate raiders, and how are boardroom battles changing? 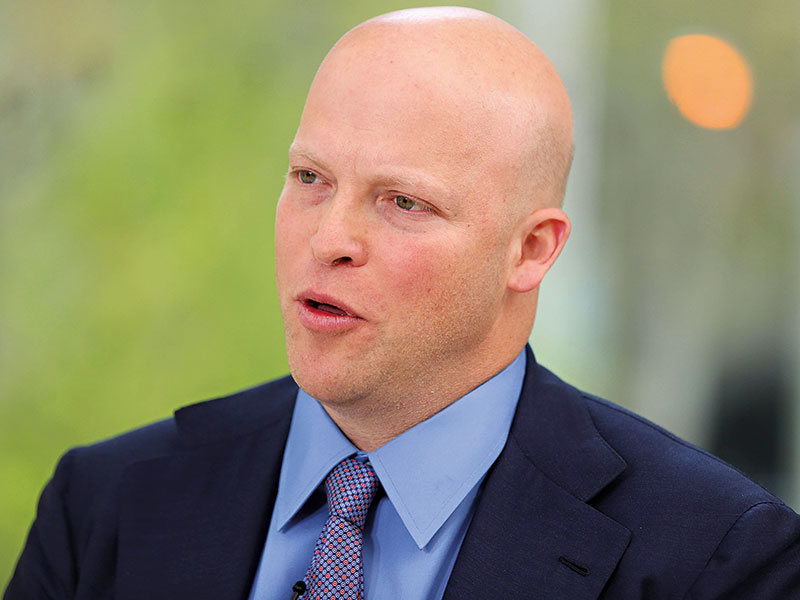 In the late 1920s, Benjamin Graham – later known as the father of value investing – discovered that a company in which he owned a small stake had a hoard of excess cash in railroad bonds and other securities. Graham began a campaign against the management of Northern Pipeline in which he demanded the securities be sold and the profits delivered to shareholders. In his book Dear Chairman, Jeff Gramm, a hedge fund manager and professor at Columbia Business School, describes this boardroom clash as the spark that ignited an era of activist investing.

Decades later, in the 1980s, shareholders found new ways to use their rights to influence public companies. Activism became more hostile in the age of ‘corporate raiders’. Investors such as Carl Icahn and Nelson Peltz staged ruthless takeovers and buyouts, and the press this generated pushed activist investing further into the mainstream. By the 1990s, even pension fund managers such as CalPERS were engaging in campaigns.

Today, hedge funds are the face of activist investing, but the very practice is beginning to shift. Increasingly, funds are targeting companies based in Europe: in 2009, there were just six activist campaigns targeted at European firms worth over €1bn, but by 2016 there were 40.

Of 318 non-US campaigns initiated in 2018, 128, or 40 percent, targeted European companies, many of which were the most high profile of the year. However, Europe still has far fewer activist campaigns annually: in recent years in the US, the average number of new campaigns ranged between 300 and 500, according to Activist Insight.

Although the US was the breeding ground for shareholder activism, American tactics have begun to spread around the world

In fact, many US hedge funds started looking for opportunities abroad for that very reason. Non-European activists were responsible for initiating 43 campaigns in Europe in 2018, up from 39 in 2017, JP Morgan found. Nearly three quarters of those campaigns were said to have been launched by US funds seeking viable targets outside their oversaturated home market.

“Both Corvex Management and Sachem Head launched their first European campaigns this past year, while Trian Fund is said to be raising a UK-listed fund to target a European company,” JP Morgan said in its report.

While American firms laid the groundwork, local players are now getting involved. Julian Franks, a professor of finance at London Business School, told European CEO: “For a time, I think European companies probably thought that US activists were bringing their culture into Europe and it was not a good fit.”

But over the years, activism has become more acceptable in Europe, he explained. “Instead of rubbishing them, [European activists now think] it is probably more wise to listen to them,” Franks said. “That doesn’t mean they’re always right, but it does mean they often have a point. And I think quite a lot of the time they have very good points.”

In Europe, the degree to which activism is accepted varies from country to country. According to Activist Insight, the UK tends to see the most action by far, but activists in countries including Germany, France, Italy and Switzerland have become more prominent in recent years.

Bigger is better
Recent high-profile wins by activists – including Corvex’s success in preventing Swiss chemicals group Clariant from merging with a US rival and Elliott’s success in pressuring leisure group Whitbread to sell a coffee chain it owned – will likely encourage investors by showing them that the activist strategy can work.

Despite the slight drop in the number of non-US campaigns in 2018 compared with the previous year (318 versus 328), investors are beginning to target larger companies and make some of their biggest ever investments, according to JP Morgan.

Activists in countries including Germany, France, Italy and Switzerland have become more prominent

“The trend toward European large and mega-cap activism will continue, as this size range has not been over-targeted, as it has been in the US,” the report concluded.

Whisper it
In Franks’ view, shareholder activism has become “less shrill” in recent years: “The targets are becoming more used to it, more prepared. And I think the activists think, ‘Well do we really need to take full-page ads hitting these companies over the head?’”

This is causing a spillover effect: more potential targets know what to expect when a hedge fund comes knocking on their door, and in many cases the evidence shows they end up making the changes themselves to prevent a public battle.

“There are a lot of consulting firms who prepare potential targets to think through what their activist wants and whether they should do it in advance,” Franks said. “That’s not at all unusual.”

Another phenomenon driving today’s softer style is quiet activism. Quiet activism can include activists who prefer to influence board decisions by abstaining or withholding votes for proxy issues, or activists who decide to conduct their campaigns with the management in private.

According to Activist Insight’s latest data, the effects of a quieter form of activism can already be observed. In the year to September 30, 2018, 112 European companies were subjected to activist demands. This was down from 136 in the same period in 2017 and 144 in 2016. But Josh Black, Activist Insight’s Editor-in-Chief, told European CEO that advisors in the activist investing space had said more activity was going on behind the scenes in 2018 than the numbers suggest.

More change afoot
Beyond the rise in quiet activism and the spillover effects of public campaigns, there are fresh signs that activism may be changing shape again. For instance, some activists are beginning to hold their positions for longer, pushing for long-term change rather than looking for a quick payout.

As this mindset changes, so does the definition of who an activist investor is. Increasingly, active asset managers are supportive of activist campaigns, and they operate in a very different way to hedge funds. “You don’t see the BlackRocks of this world questioning management in the same way that hedge funds do,” Franks said. “They don’t get involved in the nitty gritty.”

In the first half of 2018, there were many newcomers in the activist investing space. First-time activists launched nearly 20 percent of new campaigns, according to a report by asset manager Lazard. As activist campaigns become more conventional and widespread, boards are beginning to see them as an eventuality, and shareholders are more open to supporting them.

Even retail investors’ “historical antipathy to activism” is fading, Activist Insight found in its 2018 Shareholder Activism Insight report. “More respondents to our survey felt mom-and-pop shareholders have become more accepting of activism than any other group, although institutional investors, management teams and boards have made the biggest strides in working with dissident shareholders.”

In reality, activist campaigns are nothing new. Disgruntled stockholders are clashing with management teams over the same issues today that they were in the 1920s. Even in Europe, however, it appears shareholder activism is losing its shock factor, but the growing acceptance of activism in many new countries is causing the shape of new campaigns to morph. After decades of ruthless hostility, it looks like activism is taking a turn towards something softer.