The evolution of the ‘Davos Man’

Every year the founder of the World Economic Forum, Klaus Schwab, gathers together heads of state, Fortune 500 CEOs, billionaires and heads of charities for its annual meeting in Davos. This year, more than ever, it must find answers 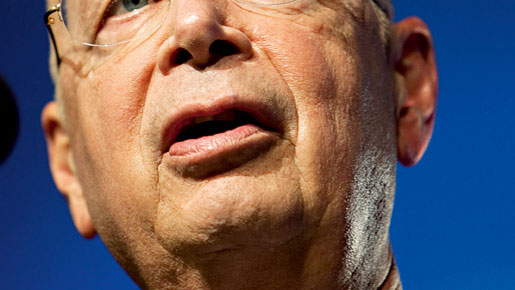 According to veterans of the World Economic Forum’s seminars, inspiring speeches, private conversations and back-slapping, most attendees ignore its founder’s riding instructions. Instead they stick to their own agenda, which is to get their money’s worth from the year’s most expensive conference with furious networking, deal-making and profile-building. But for the 2012 version of this long-running event, the stakes have never been higher, as the global elite face what Klaus Schwab has labelled “The Great Transformation”. The big issue will be whether the world’s most influential people can make the difference that is expected of them.

So far their score is probably a pass, at best. Can ‘Davos Man’ rise to the occasion? A term coined by the late American political scientist, Samuel Huntington, in 1977, just as the modern version of these meetings was starting to take shape, ‘Davos Man’ is said to be an elite individual dedicated to the advancement of the interests of himself (or herself) and his fellows rather than to the betterment of the world. As Huntington described them, such people “have little need for national loyalty, view national boundaries as obstacles that are thankfully vanishing, and see national governments as residues from the past whose only useful function is to facilitate the elite’s global operations”.

Come January, the ‘Davos Men’ need to prove Huntington’s description wrong. As the globe’s power brokers, the 2,000-odd attendees have never been under more pressure to come up with answers to a towering set of global challenges. An old Europe facing a lost decade, the fading influence of America as the world’s economic powerhouse and moral leader, ruinous turmoil in currency markets, upheavals in the financial sector, sky-rocketing youth unemployment throughout entire regions, actual and imminent collapse of dictatorships in North Africa and the Middle East. These are some of the cataclysmic issues that, whether they like it or not, have landed in the lap of the World Economic Forum.

Where the rich inherit the earth
So are they up to it? The atmosphere should help. This is purpose-designed as neutral ground. One of the genuine advantages of Davos compared with, say, a G20 meeting with its protocol-conscious, head-of-state atmosphere, grand-standing and politicking is that it’s the exact opposite. The only protocol is informality – slacks and jacket for men, jeans and whatever for women are practically de rigueur. Heads of state attend but only as individuals without plane-loads of advisers.

Nor does grandstanding work well in a deliberately informal exchange of ideas and, anyway, any attendee can simply fire through a request for a chat via an in-house computer system, and outsiders can put a question to presidents and billionaires alike via YouTube. (The most valuable intellectual property at Davos is the two-inch thick volume of the attendees that every arrival is given when they register.) And while attendance is not officially required at any of the seminars or 200-odd informal sessions, it’s frowned on to spend the five days closeted in back rooms doing deals, although some do. Some show of public-spiritedness is considered part of the Davos obligation.

But how much can be achieved in five days? For a start there will be plenty of financial and intellectual firepower present. By the count of Forbes’ magazine, no less than 69 billionaires from 20 countries attended last year’s gathering and their combined value is likely to be much the same in 2012. In purely financial terms, they represent something like $427bn.

Present company accepted
For security reasons the names of the VIP guests are not released until the last minute, but many would like to see a more convincing presence than hitherto from the Obama administration. So far the US president has sent only a token representation, quite unlike Bill Clinton, a global thinker and fan of the World Economic Forum, who was the first incumbent president to make the trip to the to the wealthy little mountain resort nestling 1,560m-high in the Swiss alps about three hours drive from Zurich.

Also notable by their absence are church leaders, who are outnumbered about 100 to one by businesspeople, and union bosses who are in much the same ratio. Of the billionaires, most will come from the US, with the second-biggest contingent from India, probably followed by Russia. Last year, President Dmitry Medvedev had nine oligarchs in tow. Of the big names, Stephen Schwarzmann and Henry Kravis, the founders of private equity giant KKR, hedge fund legend turned philanthropist George Soros, Google founders Sergey Brin and Eric Schmidt, and India’s steel baron Lakshmi Mittal are expected to attend again.

And Bill Gates, who will celebrate his seventeenth year, wouldn’t miss it. But, as he has pointed out, today’s gatherings are very different from his first. “When I started going in 1990, the focus was on the wonders of technology, and the hot panels were the ones where engineers like myself would discuss how things would improve using technology,” he recalled in 2010. That idealism has since been replaced by the realisation that technology hasn’t got anything like all the answers and that we have truly arrived at a great transformation that requires much deeper answers than faster internet, dazzling software or iPhones.

New powers; old problems
On the bright side, some participants think they can see a deeper appreciation of the world’s problems than that displayed by the nerds of yesteryear. “I witnessed more honesty and straight talk between the private sector, multilateral agencies, governments and NGOs as they look to de-risk the planet”, commented Mark Foster, a senior executive from consultancy Accenture, last year.

However, if Davos is to establish itself as a forum of real importance, it will have to do better on these towering Richter-scale issues. Despite the presence of senior bankers, heads of state, the biggest investors, global consultancies and the requisite billionaires at the last two forums, none of the looming, post-financial crisis issues are any closer to a solution.

The eurozone is, if anything, in deeper turmoil than it was 18 months ago. The so-called “currency wars” are still beggaring nations. America’s gigantic public deficit, a threat to global trade and the world’s reserve currency, is bigger than it was three years ago. The crisis of youth unemployment, which many see as the biggest threat of all to the fabric of several societies, is worsening. Despite much platitudinous talk, corruption remains rampant in sub-Saharan Africa.

And there are new problems. Although Tunisia, Libya and Egypt have thrown off the yoke of dictatorships, the rebuilding process is slow, uncertain and fraught with risk. About the only real significant progress made in a systemic global issue is the regulatory reform of the financial sector – and that over the objections of many powerful bankers and Davos regulars.

Paved with good intentions
Still, some Davos regulars remain optimistic. Mark Malloch-Brown, a former deputy secretary-general of the United Nations and former luminary of the World Economic Forum, cites the delivery at affordable prices of anti-retroviral HIV drugs for AIDS-sufferers in poor countries as proof of the pudding. This came about, he pointed out in the Financial Times, from “hard bargaining between pharmaceutical companies, Aids activists and politicians, much of it done at Davos.”

According to Malloch-Brown, who has long had a ringside seat at these sparring sessions, pharmaceutical chief executives had their arms twisted by Kofi Annan, the former UN secretary-general, and Bill Clinton. As much of a blessing as this concession by Big Pharma has been, it came about not from a sense of the kind of common-cause collegiality that is supposedly engendered at Davos, but by the drug company bosses bowing to the inevitable under intense pressure.

And some, it should be said, have come to Davos in cynicism – but remained in hope – like singer Bono who once damned Davos Men as “fat cats in the snow”. Bono first turned up in 2006 to promote his numerous charities and found the audience so receptive that he has returned in many years since.

The organisers of the World Economic Forum bend over backwards to blunt the “elite” label by embracing the new media. All the plenary debates can be viewed on YouTube, pictures are available on Flickr and quotes are on Twitter. YouTube users can even put questions to the billionaires, world leaders and the like through the “Davos question on YouTube” facility launched four years ago, although there’s no guarantee they will answer.

But this year the world is hoping for something more than earnest debates and snappy quotes. In 2011, the official issue for debate conjured up by professor Schwab was something called “shared norms for the new reality”. The Great Transformation is perhaps much closer to the mark, summarising the Richter-scale challenges.

The attentive-minded professor
To summarise Schwab’s rather impenetrable analysis, these challenges are new, numerous and not easily fixed. “Over the last three years, the world has been engulfed by issues of political, economic and, particularly, financial crisis management”, he warns. They required “new models for global, regional, national and business decision-making, which truly reflect that the context for decision-making has been altered in unprecedented ways.”
Nobody would argue against that, but are they capable of providing solutions? According to the professor’s world-view, the old ways of fixing these things have become dated and ineffectual. It used to be “hard power” applied from the top that got things done. In turn, that became “soft power” – the achievement of change by persuasion. And today? Schwab believes our future rests on “collaborative power” – that is, “the integration of empowered newcomers” into the decision-making process. If that’s true, Davos should be where it happens. For all his erudition, Schwab can sometimes sound like a more articulate version of Miss World pleading for “world peace”. What, for instance, will the Davos Men make of this?

Urging a multi-cultural, multi-ethnic and multi-religious model, Schwab says: “Prevailing values will have to increasingly accommodate diversity with substantial challenges for national and individual identities. We will only make lasting progress by recognising that we are different but interdependent. Thus, we have to cultivate a much greater feeling of regional and global togetherness”.

The age of “talentism”
Further, the professor enjoins the attendees to debate a new definition of economic growth in terms of fairness, sustainability, effect on the family, community, culture and heritage among other things. The professor thinks “micro-entrepreneurship” is the big answer, but this will require a revolution in schooling, finance and society at large that will basically redefine capitalism as we know it.

“The success of any national and business model for competitiveness in the future will be less based on capital and much more based on talent. I define this transition as moving from capitalism to ‘talentism’”, suggests the professor. He clearly believes the world’s on the brink as geo-political and other forces clash in a “tipping point where velocity, interconnectivity and complexity become so pervasive that the whole system collapses, regardless of whether certain elements at the surface have been addressed.”

If all this doesn’t pose a test for the Davos Men and Women, nothing will. Instead of debating (or ignoring) “shared norms for the new reality,” 2012’s World Economic Forum will be expected to, at the very least, sow the seeds for this new, world-saving form of capitalism. If ‘Davos Man’ has a sense of history, he may be inspired by the fact that Albert Einstein was once a star turn in the former tuberculosis resort. Einstein lectured there on the theory of relativity in 1928. Now that surely was a great transformation.