With both Berlin and Leipzig experiencing a boom in their respective housing markets, choosing the right real estate agency remains as important as ever 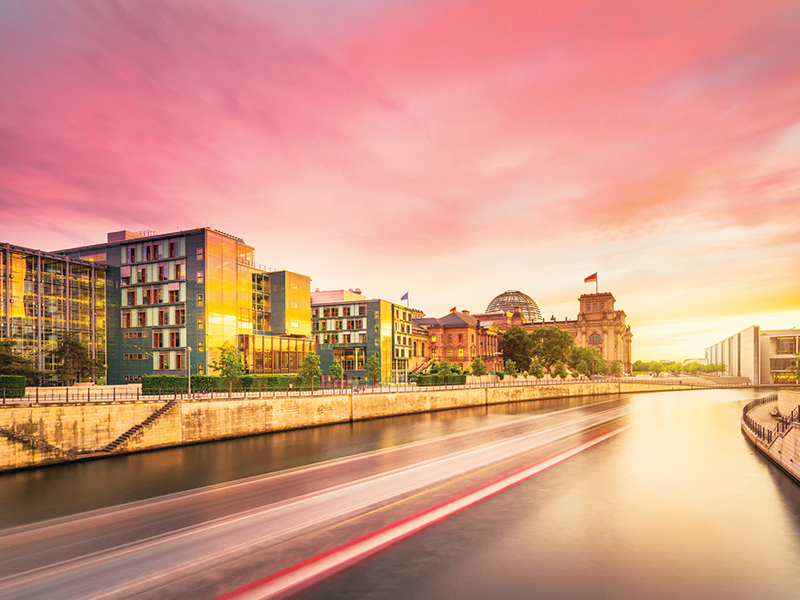 As the Cold War came to a close in 1990, few would have predicted the great economic divide separating East and West Germany could ever be bridged, let alone in such a short space of time. Today, however, the eastern states of the now-unified country can offer prosperity to their citizens, and opportunity to their entrepreneurs.

In particular, the two cities of Berlin and Leipzig have found prosperity in recent decades. Berlin, Germany’s capital, is the country’s largest city, and is already well on its way to becoming a world-renowned metropolis. It has a thriving start-up scene and welcomed 12.7 million tourists last year, with 46 percent coming from abroad. Leipzig, meanwhile, is one of the country’s fastest growing cities, with a bustling student population and a number of beautifully renovated buildings from the Gründerzeit era.

A flourishing real estate market unites the two cities, with demand growing for both residential and business properties. Even so, landlords and investors who want to sell properties in Berlin can still benefit from expert advice, meaningful connections and a transparent sales process. In a booming industry, having a clear strategy and knowledge of the local market continues to pay dividends.

A tale of two cities
The Federal Statistical Office of Germany recently revealed that 55,000 new citizens moved to Berlin in 2016, but only 14,000 new apartments were completed. The constant increase of tourists, residents and economic output in the city means that demand for property is constantly rising. Similarly, Leipzig, along with neighbouring city Halle, is experiencing an uptick in its population.

This has prompted a rise in real estate transactions, with €2.9bn spent last year. In central London, rental prices per square metre can be in excess of €47; in Leipzig, they are closer to €10.

Further, Berlin and Leipzig have thriving local economies that are drawing in businesses and employees alike. More than 2,500 start-ups are based in Berlin and, with venture capital investment pouring into the city, the German capital already has eyes for businesses looking to relocate their headquarters after Brexit.

Correspondingly, factories owned by Porsche, Siemens and BMW are already based in Leipzig, which boasts a prime geographic location at the heart of the trans-European motorway network. If Berlin is considered a real estate safe haven at present, then Leipzig is surely next.

Investment advice
In the dynamic property markets of Berlin and Leipzig, formulating a personalised investment strategy is paramount. Finding an agent with deep market knowledge is vital, as is being financially ready. Many investors face difficulties due to a lack of legal understanding regarding the local property sector. In Berlin, for example, there is a directive that prohibits the conversion of an entire apartment building into single units within social preservation areas.

It is also essential that prospective sellers and buyers are aware of ways to add value to their properties. For example, selling assets ‘off market’ can be an effective method of finding the right buyer and achieving the right price. The location can also make a significant difference: in Berlin, we would recommend buying in the districts of Mitte, Prenzlauer Berg or Friedrichshain, where high demand provides a great incentive to renovate and resell. Proximity to the new high-speed transport connection between Munich and Berlin will also have a significant impact on property prices.

As an international brokerage company based in Berlin Mitte, we facilitate private real estate investments every day in the German capital and the wider region. With high demand from local and international clientele alike, the property markets in Berlin and Leipzig are already extremely attractive. But with favourable socioeconomic conditions continuing to drive prices higher, it appears that neither city has quite reached its full potential.