UHNWIs turn to the US amid growing European instability

Thanks to a protracted Brexit, uncertainty looms large in Europe. By contrast, the US has become an attractive destination for ultra-high-net-worth individuals from around the globe 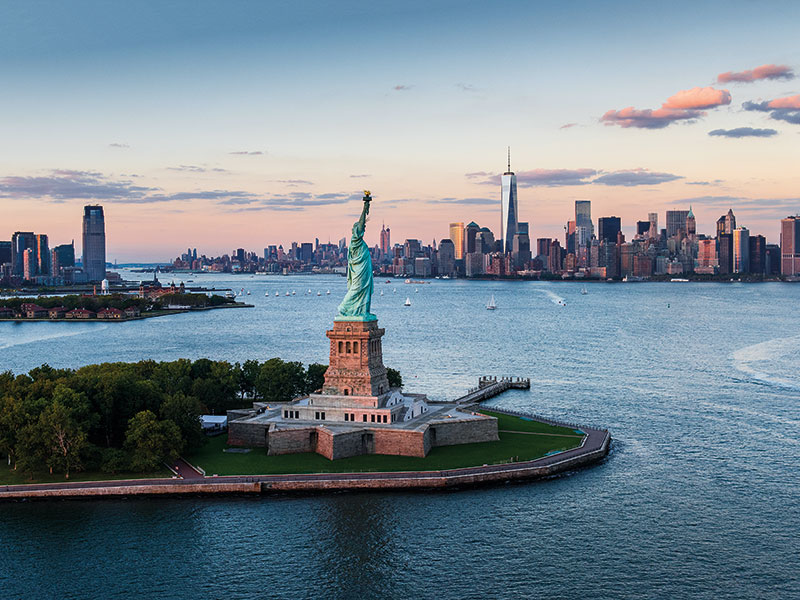 Land of opportunity: Europe’s traditional appeal as a destination for ultra-high-net-worth individuals has started to give way to the US
Finance

Over the past few years, the global political and economic climate has been tumultuous, to say the least, affecting governments and societies from the top down. Contrary to popular belief, this unstable environment has also impacted ultra-high-net-worth individuals (UHNWIs), leaving them with many aspects to consider – from their asset portfolios and investment options to where they live and how they properly manage the multiple tax rules their families and assets are exposed to.

It takes more than simply looking at the outcome of a public referendum or presidential election for UHNWIs to know how to anticipate trends and plan for the future. Instead, they need to understand what these outcomes mean for them in the near and long term, accounting for legal and regulatory developments across multiple jurisdictions, while ensuring their families’ lifestyles are not negatively impacted. With these considerations in mind, Europe’s traditional appeal as a destination for UHNWIs has started to give way to the US.

Cloud of uncertainty
For many years, it was the advanced economies of Europe – particularly the UK – that were the natural choice for UHNWIs, as they were seen as bastions of long-term stability. This has recently changed, though, and Europe finds itself facing a lengthy period of uncertainty. The most obvious example is the painful, dragged-out process of the UK’s withdrawal from the EU.

Long the financial hub of both Europe and the world, the UK’s departure from the EU will carry implications for decades to come

Long the financial hub of both Europe and the world, the UK’s departure will carry implications for decades to come. A recent survey conducted by Altiant found that 55 percent of high-net-worth individuals had already rearranged their investment strategies and portfolios, while 35 percent believe they will be worse off as a consequence of Brexit.

To make matters worse, there’s a growing resistance towards immigration within right-wing political entities, as well as a mounting suspicion of UHNWIs among those on the left. These factors have combined to instil more caution in the UHNWIs who are considering their options for investment and relocation.

Looking past the headlines
By contrast, the US has grown in appeal for UHNWIs. At first glance, it’s easy to look at the chaotic state of political affairs in the US and conclude that it should be the least attractive destination for UHNWIs. Take the Trump administration’s protracted trade rift with China, for example, and the unpredictable disruption of trade relations with allies in Europe and Canada. The US Government’s general rhetoric on immigration, meanwhile, could heighten anxieties among foreign entrepreneurs.

Despite these factors, the US economy has remained remarkably stable. What’s more, many of these concerns appear to have been overstated: the stock market has continued to soar, GDP growth has remained strong, and the Trump administration’s tax reforms have reassured investors, entrepreneurs and UHNWIs alike.

When it comes to relocation, everything from neighbourhoods and education systems through to considerations about family, sports, leisure and professional affairs factor into a UHNWI’s decision. This is why Europe continues to be one of the most attractive destinations, despite the growing uncertainty over its political future.

With or without Brexit, the UK – along with many European countries – has a world-leading education system, a thriving tech industry and an extraordinary range of cultural attractions. All of this is a huge draw for UHNWIs who want to provide the best options for their children.

Yet, the US can offer as much as any other developed economy on all these counts. When it comes to financial affairs, UHNWIs prioritise stability over anything else; on lifestyle matters, they want variety. It has become increasingly clear that the US offers both. Given the current political uncertainty throughout the developed world, it may come as a surprise to many that the US has, in fact, maintained its role as the stable guardian of international order.