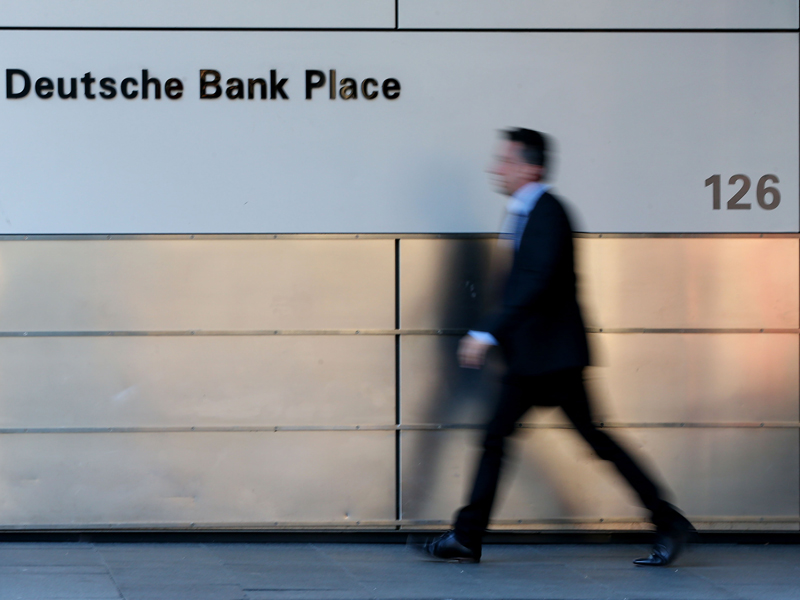 Deutsche Bank announced job cuts in July, anticipating significant losses that have only worsened since
Finance

On July 24, Deutsche Bank revealed it had lost €3.15bn in the second quarter of 2019 as a result of a major restructuring plan that will see the lender cut 18,000 jobs. The bank made a net profit of €401m in the same quarter last year.

When announcing the job cuts earlier in July, the company was already bracing for a significant net loss of €2.8bn. However, the actual figure turned out to be even worse than initially forecast.

Bond-trading revenue dropped four percent, while the bank’s equities trading revenue was significantly down, falling 32 percent. The latter was to be expected, however, since most of the restructuring was focused on the lender’s underperforming investment bank. Net revenue in the quarter also fell six percent to €6.2bn, dampening revenue forecasts for the year as a whole.

“Excluding transformation charges[,] the bank would be profitable… [I]n our more stable businesses[,] revenues were flat or growing,” Christian Sewing, the bank’s CEO, said in a statement. “This, combined with our solid capital and liquidity position, gives us a firm foundation for growth.”

Deutsche Bank is currently attempting to save its struggling business operations through a huge strategic overhaul. The bank has long been embroiled in scandal and has seen its profits dwindle and share price unravel in recent years. This led Deutsche Bank to announce it would exit its global equities business and slash 18,000 jobs by 2022.

More than 900 employees have so far been given notice of the termination of their roles. By 2022, the transformation is expected to have cost the lender a total of €7.4bn.

In its earnings statement, Deutsche Bank also voiced concerns about the impact that persistently low interest rates from central banks would have on revenue. At the time of writing, the European Central Bank is poised to unveil a new stimulus programme as a result of stalling growth in the eurozone.