If No campaigners’ predictions prove correct, an uncertain political environment and questions over currency could slow Glasgow's future estimated growth 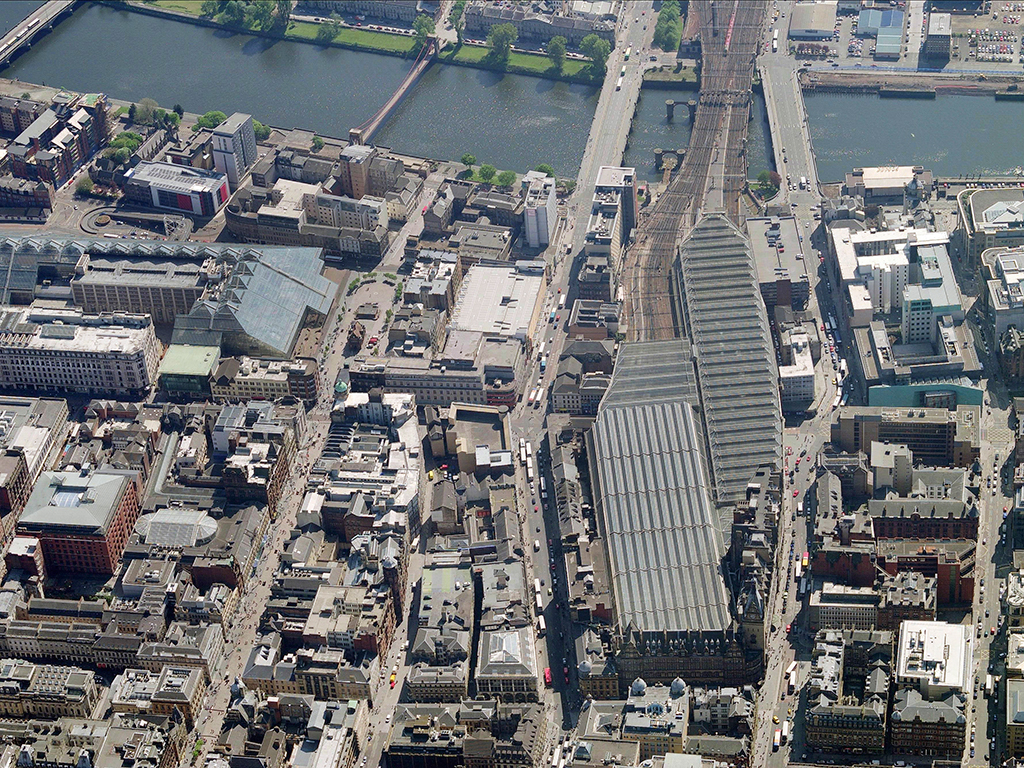 An aerial view over Glasgow. Developers in the city are concerned that Scottish independence could ward off important investments to transport, housing and the arts
Finance

In the 18th century, Glasgow saw itself transform from a small settlement beside the River Clyde to a business hub at the centre of the tobacco trade with America. Today it’s set to undergo another transformation as it fulfils its promise of leaving a lasting Commonwealth Games legacy. Yet Glasgow’s ability to achieve its ambitious goals hangs on the city’s attractiveness to investors – a factor which some believe the coming referendum could heavily influence.

The Clyde Gateway project set its sights high back in December 2007 with the aim of rejuvenating Glasgow’s formerly dilapidated east end through ambitious commercial, housing, arts and transport plans, and £500m-worth of investment in Games venues. It has already revived more than 2,000 acres of land and improved the city’s connectivity, and the end of 2014 will see more than 1,400 socially rented and owned homes opened up in the Athletes’ Village. But with projects intended to continue until 2028, its continued success relies greatly on future investments.

According to the project’s CEO Ian Manson, public and private investments in east Glasgow have got off to a flying start. “The market’s responded very well”, he told European CEO. “The number of houses completed is on track, the preparation of land that was previously derelict or contaminated is very much on track, and we’ve attracted thousands of people and jobs into the area after decades of job loss and nobody investing – it’s been a complete turnaround”. In line with that success, Manson predicts a flourishing future. “Over the 20 years, we’re projecting a further £1bn of further investment in the area based on our initial investments. The theory is, if you prepare the land and get the infrastructure in, then private investors will come in”.

Yet if the No campaigners who claim independence would damage investments are proven right, the city’s ambitious plans could face hurdles. Scottish Labour party politician David Whitton told European CEO that a number of companies are rumoured to have considered relocating some of their offices south, and that the pending referendum is already affecting businesses in Scotland. “We know anecdotally that there are companies sitting on investments waiting to find out what the outcome of the referendum will be”, he said. Analysis by research company Capital Economics predicts a surge in investments if the referendum outcome is a No, as those having held out pursue their business ventures.

Whitton says a yes vote could entail confusion over currency. “The outcome of the referendum is clearly going to have an impact on whether or not Glasgow remains an attractive place to invest, and one of the key elements of that is what currency we are going to be using”. If the pound is retained he says Glasgow could suffer. “What the first minister seems to be hinting at is that they would continue to use the pound in what’s called sterlinisation, which would have a really negative impact on investment opportunities … because you then end up with absolutely no financial control at all over your own economy”.

The potentially negative effects of a Yes vote on business had already been warned by UK Chancellor George Osborne back in November 2011. However, Ernst & Young’s Attractiveness Survey 2014 reported that Scotland’s inward investment in 2013 was at its highest level in 16 years, leading SNP MSP Kenneth Gibson to launch a counterattack. “It’s time that the No campaign accepted the reality that Scotland is one of the wealthiest countries in the world and an attractive place to do business”, he said in a recent statement.

Manson remains optimistic for the future of the Clyde Gateway and beyond, regardless of the referendum outcome. But the CEO admits that the impact a Yes or No vote will have on those projects is unpredictable. “We really don’t know what impact the referendum will have. We’ll have to wait and see what happens”.

Glasgow’s City Deal with Westminster, which entails a £1.13bn investment to further develop the economy of Glasgow and its surrounding Clyde Valley area, sees the city tightening rather than loosening its links with the rest of the UK in its attempt to secure economic growth. Those ties have been further strengthened by joining the UK’s eight biggest cities in the Core Cities group. “They’re not thinking that there’s going to be separation but that there’s going to be stronger devolution”, said Whitton.

The City Deal project aims to create 28,000 new jobs and increase Glasgow’s economy by £1.75bn per year until 2035, but as in the case of the Clyde Gateway developments, its success hangs on the outcome of the referendum. Whitton said: “Glasgow was once known as the Second City of the Empire; it is a growing city at the moment and it would continue to grow, but it will continue to grow much better if we say no to separation”.