Following a rapid recovery in the aftermath of the recession, Latvia has been praised for its incredible growth rate and thriving economy, placing it among the top places for business and life in Europe 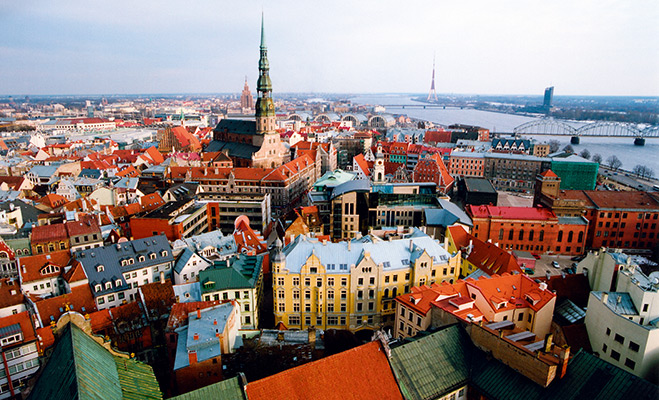 Located on the shores of the Baltic Sea, Latvia is at the very heart of the economically and culturally vibrant Nordic-Baltic region. This has made the country an important gateway between east and west – one of Latvia’s key competitive advantages. Over time, myriad people and ideas have passed through Latvian territory, adding to the vibrancy of this dynamic nation and making Latvia one of the most innovative countries in Europe.

For centuries, the Latvian capital of Riga was part of the Hanseatic League, an economic alliance that dominated trade along the coast of Northern Europe. Today, Latvia continues to be an ideal place for international trade, with a strong entrepreneurial spirit and an open market that is strong, stable, and secure. Latvia acceded to the EU and NATO in 2004 and will join the eurozone in early 2014.

An inspiration
In recent years, Latvia has recovered from the economic crisis and achieved stunning growth rates. In 2011 the country registered the second-fastest rate in the entire EU, increasing by 5.5 percent, serving as an example for all of Europe. Last spring, the International Monetary Fund Managing Director Christine Lagarde named this economic achievement a “tour de force,” and US Secretary of State Hillary Clinton called the country “an inspiration”.

Latvia’s fiscal adjustment policies were famously criticised by Keynesian economists such as Paul Krugman, but it is now abundantly clear that the country’s finances are very much in order. The Latvian economy has weathered the crisis and is now on the rise.

This impressive increase in GDP has come about thanks to a rapid rise in diversified exports and solid inflows of foreign direct investment, used to build new infrastructure and expand existing businesses. Many of these businesses are innovative manufacturers that are making a name for themselves internationally. This includes Real Sound Lab, which manufactures acoustic technology for Panasonic; JZ Microphones, which designs microphones for Lady Gaga; and Madara cosmetics, a company that produces natural cosmetics from plants growing in the Baltic region.

Placed to perfection
Another factor contributing to the country’s success is its prime geographic location between the EU and Russia. This is bolstered by three large ice-free ports, an extensive rail network with broad-gauge tracks compatible to the railway system in Russia/CIS, and a booming international airport with 65 direct flights. Latvia also offers investors four strategically located Special Economic Zones, which function as logistics and manufacturing centres for companies that want to establish a base in Northern Europe.

Perhaps the most attractive aspect of working in Latvia is the natural gifts of the country itself. Blessed with hundreds of kilometers of white sandy beaches, Latvia has a landscape that has retained its pure beauty, with over half of the country covered by forests. This natural inheritance has also been carefully preserved, which paid off in 2011 when Latvia was rated the second greenest country in the world by the Environmental Performance Index, which rates countries’ policies on aspects such as air pollution and biodiversity.

But best of all, Latvia is simply a great place to live. As more international businesses establish a base here, the country is becoming more vibrant and dynamic than ever.

Companies that wish to join Latvia’s success have access to a ‘one-stop shop’ for assistance in setting up their business in the form o the Investment and Development Agency of Latvia (LIAA), which acts as a first point of contact for potential investors and develops tailor-made solutions to meet their specific needs. In addition, LIAA also has an extensive network of representatives in 14 countries around the world and can help you realise your business aims.