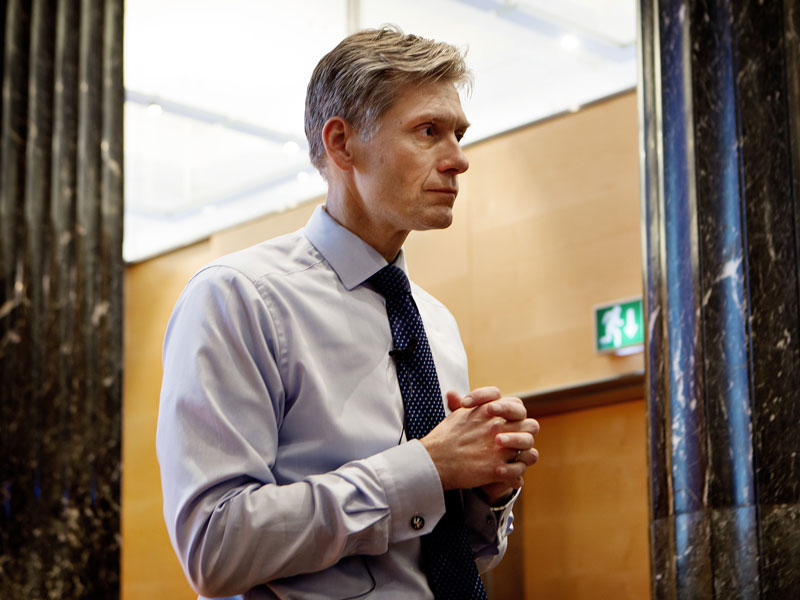 Borgen joined Danske Bank in 2009, overseeing international operations until 2013, when he was made CEO
Finance

Thomas Borgen, CEO of Denmark’s largest bank, resigned on September 19 in the midst of allegations of money laundering within Danske Bank’s Estonian operations.

Danske Bank is currently under investigation following accusations that an Estonian branch was used to launder over €200bn of illegal funds, which have been traced back to a number of ex-Soviet states.

In May this year, the Danish regulator identified that there had been “serious shortcomings” in the bank’s anti-money laundering precautions. Following calls from the regulator, Danske Bank commissioned a full internal inquiry into activities at the Estonian branch.

In May this year, the Danish regulator identified that there had been “serious shortcomings” in the bank’s anti-money laundering precautions

The report produced by the investigation indicates that there were a series of failings on the bank’s part to take money laundering in hand. In 2007, the Estonian regulator identified that “criminal activity in its pure form, including money laundering”, was taking place in the bank’s Estonian operations.

In 2014, a whistleblower raised similar concerns about operations at the Estonian branch. Although the bank introduced measures to exert further control over Estonian operations later the same year, the report concluded that it had not gone far enough.

The suspicious transactions identified by the report came from a portfolio of non-resident customers from Russia, Azerbaijan, Ukraine and other ex-Soviet states, and were responsible for a flow of up to $150bn (€128bn) of illegal money between 2007 and 2015.

Borgen took pre-emptive action and stepped down from his post before the full findings of the report had been divulged. He said in a statement: “Even though the investigation conducted by the external law firm concludes that I have lived up to my legal obligations, I believe it is best for all parties that I resign.”

Borgen also apologised on behalf of Danske Bank for failing to take action against unlawful transactions. Between 2009 and 2012, the CEO was in charge of all international operations at Danske Bank, including the Estonian business.

The scandal is the latest in a series of failures within EU countries to get a handle on money laundering. Earlier this month, Dutch bank ING admitted it had failed to recognise and combat money laundering. It will pay €775m in fines and settlement fees.

The Danish authorities are currently in talks to tighten money laundering regulations and are considering upping fines by 700 percent. This will give them significantly more scope to penalise banks for failing to investigate suspicious transactions.

The EU is woefully lacking in regulatory procedures with regards to money laundering, and the European Central Bank does not currently have the authority to investigate such cases.

The full findings of the report could have significant implications, paving the way for stronger money laundering regulation in Europe. Given that September alone saw multibillion-dollar scandals in two EU countries, it is clear that tighter controls are needed.