Creating a European agenda for the coming decade

The European project is in danger of becoming irrelevant. To recapture the trust of its citizens, the EU must create a new blueprint that is both sustainable and forward-looking 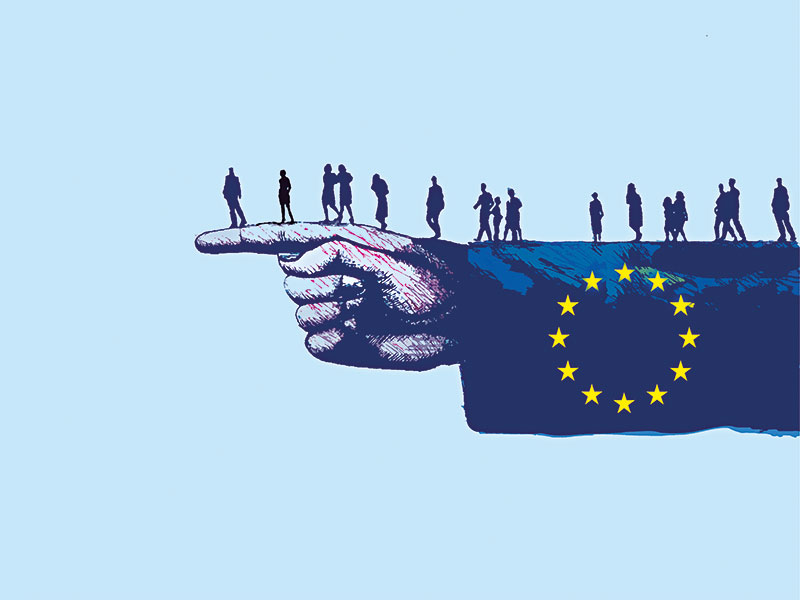 The EU must build a sustainable future on four pillars: an ambitious policy agenda, a focus on results, the reform of EU institutions, and a renewed emphasis on European values
World View

The EU has spent much of the past decade managing crises, and has even faced a possible threat to its continued existence. Popular attitudes towards the EU have soured, too. Whereas citizens were generally positive about the first two waves of European integration in the 1950s and 1980s, they have been increasingly critical of the EU since at least 2008, if not earlier. The key question in Europe nowadays is this: are we better off with or without each other?

In his book Economics for the Common Good, the French Nobel Laureate economist Jean Tirole argued that the hope that characterised the European project for decades has given way to uncertainty: “Today, we once again need a long-term vision… We must rehabilitate the European ideal and remain united around it.”

He is right. The EU cannot afford another decade of crisis management and indecision. Instead, it must build a sustainable future on four pillars: an ambitious policy agenda, a focus on results, the reform of EU institutions, and a renewed emphasis on European values. Realising such a programme would improve the quality of life throughout Europe, give citizens greater certainty, promote the common good, stimulate innovation and make Europe more resilient. Fortunately, the EU is well placed to develop a bold yet realistic vision that will help to counter criticism from its citizens.

Clearing the way
The EU’s policy agenda for the next decade should include global challenges such as the United Nations’ Sustainable Development Goals, climate change and the circular economy. Europe must also focus – in a technological, social and moral sense – on the digital economy, including its implications for job creation and inequality. Finally, the EU should address the complex issue of migration, particularly in view of the turbulence in Africa and the Middle East.

The EU must place much more emphasis on achieving specific objectives and visible results, as well as on greater measurability and accountability

With its social-market economic traditions and commitment to solidarity and engagement, Europe could and should excel in these areas. But to realise this potential, the EU and its individual member states need clear policy targets. European businesses will need to pool their resources, as will knowledge-based institutions such as universities and research centres. Changes in education policies and greater cooperation with civil-society organisations will also be required.

In pursuing this agenda, the EU must place much more emphasis on achieving specific objectives and visible results, as well as on greater measurability and accountability. This is crucial to the credibility of the European project. Much of the rest of the world operates this way – and Europe cannot afford to fall behind.

Fruits of the union
Every member state should, therefore, enforce existing EU rules strictly and with integrity at all times, providing credible sanctions for non-compliance. Moreover, all policy choices must have a solid financial basis, which will require appropriate, effective and verifiable use of resources and a reconsideration of spending priorities. And the subsidiarity principle (according to which policy decisions are taken at the most appropriate level of government) should be upheld throughout.

As for the third pillar, Europe will need to make tough decisions about its institutions. The role and importance of the European Council should be self-evident, given the need to engage member states, enforce compliance with agreements and strengthen the capacity to act. At the same time, the EU needs a framework to channel dissenting views – this is where the European Parliament and the European Commission should step up. Furthermore, all EU institutions will sooner or later need to be based in a single administrative centre. All institutional reforms, meanwhile, must aim to make the EU more responsive.

Finally, Europe’s citizens must remember that the EU is not merely a decision-making machine. Ultimately, it is a community sustained by values that have provided the impetus for integration and cooperation, and their power remains undiminished in the 21st century. Peace, democracy, liberty, solidarity, equality, justice, respect for human rights and the rule of law are as relevant today as they were in the EU’s early years. At the same time, Europe needs to recalibrate these values for an era of rapid change, disruption and transition, and encourage greater awareness among citizens.

This calls for further education, public debate and media engagement, as well as more profound reflections on these values among European politicians. Businesses, universities, civil-society organisations and other institutions should also emphasise the normative underpinnings
of Europe’s future.

Europe has had a difficult decade. But with an inspiring, forward-looking agenda, the EU could finally start to move away from crisis management and back towards realising its long-term goals. If this is achieved, citizens will have a reason to feel good about Europe again.