With uncertain prospects in Europe, many companies are looking to Asia, and China in particular, for new business. As a recent survey shows, Hong Kong continues to be a prime location 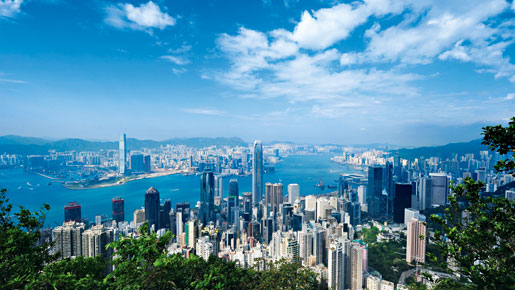 “This is an interesting time for Hong Kong,” says Simon Galpin, Director General of Invest Hong Kong, the government agency that helps foreign companies to set up in the city. “We’re not immune to the global slowdown, but companies here have been quick to adapt and are focusing on new clients and new revenue streams among our neighbouring economies.”

It’s a wise approach given that some of the regional economies – China, Indonesia, the Philippines, Vietnam and South Korea – are showing relatively robust growth compared with their European and American counterparts. “Understandably business people in Europe are looking this way,” he adds. Galpin’s views are reflected in the latest survey of foreign companies based in Hong Kong. The annual report by the government’s Census and Statistics Department this year showed more foreign companies than ever running regional businesses from the city.

“We’ve seen a more than four percent increase from 2010 in regional headquarters, which is very encouraging,” says Galpin. These companies come from a range of sectors and include giants of industry like GE, which consolidated all of its global business, outside the US market, in Hong Kong last August. “We chose Hong Kong because of its excellent infrastructure and proximity to so many of our customers who are based in or around the region. The business world we operate in expects 24/7 service so time zone counts,” explains John Rice, vice chairman of GE global growth and operations.

An absence of red tape
While multinationals are always welcome, and are a great vote of confidence in the city, says Galpin, small companies – with fewer than 20 employees – still make up the majority of foreign-owned companies. “There’s certainly a perception that Hong Kong is a city of multinationals, but the small entrepreneurial companies really are the people creating jobs and value in our city, he adds.

Oscarrichard, a PR, advertising and brand management firm, started with two people less than a year ago and has already expanded to seven staff. Originally from The Netherlands, CEO Oscar Venhuis spent a number of years working across Asia before settling on Hong Kong. “What I like best about Hong Kong is its efficiency. It’s a hugely organised city with next to no red tape. We had a business up and running in less than four weeks, and that means we’re immediately able to work with clients and win new business,” says Venhuis.
He also points to the networking system in Hong Kong. “It’s unique. People are open and receptive to new ideas and new companies, and referrals are really common. This kind of networking is invaluable for all companies but particularly for boutique firms like us.”

European firms seize the moment
European firms are frontrunners in setting up companies with a regional scope, according to the government survey. The European Union accounts for the single-largest community of foreign regional headquarters, with the UK, Germany, France and The Netherlands topping the list. One such company is Quintessentially, the luxury concierge service company, originally from the UK. It moved its global CEO function to Hong Kong recently, seeing strong demand for its high-end services in the region. “Hong Kong is a place where excellent infrastructure comes together with multilingual local and international talent and multinational companies to create a fast-paced, driven culture. We see it as a natural fit to headquarter out of Hong Kong,” explains global CEO, Emma Sherrard Matthew.

For Galpin, all the companies are welcome, whatever their nationality. “If they have an idea and some drive, then we have expert teams at InvestHK that can give them really specific advice on how to best set up here. We look forward to seeing even more companies next year.”

If you’d like to learn more about business trends in Hong Kong, or how to set up a company, please visit www.investhk.gov.hk