Recent protests in Paris, Hong Kong and Santiago show that having a high GDP doesn’t equate to societal satisfaction: government leaders and corporate managers must also ensure people are happy with their freedom of choice 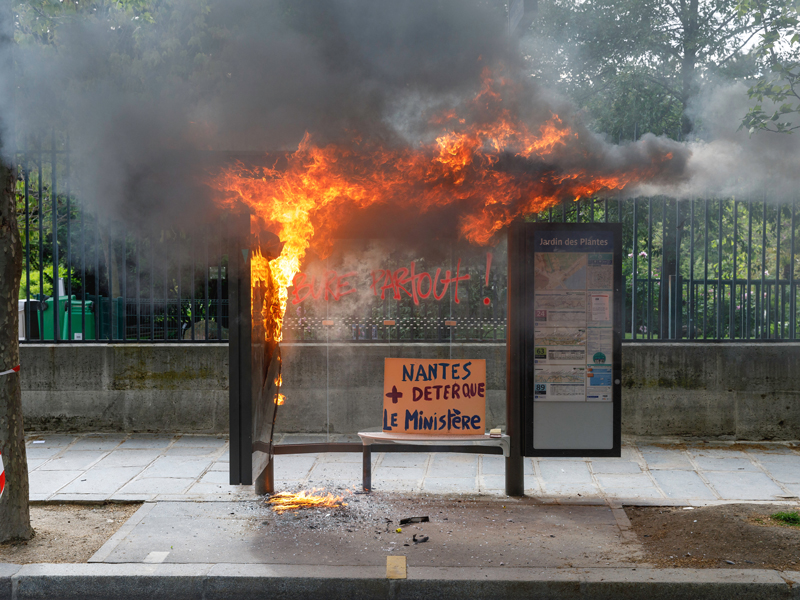 Protests in Paris, France. Economic growth without fairness and environmental sustainability is a recipe for disorder, not for wellbeing.
Featured

Three of the world’s more affluent cities have erupted in protests and unrest this year: Paris has faced waves of protests and rioting since November 2018, soon after French President Emmanuel Macron raised fuel taxes; Hong Kong has been in upheaval since March, after Chief Executive Carrie Lam proposed a law to allow extradition to the Chinese mainland; and Santiago exploded in rioting in October after President Sebastián Piñera ordered an increase in metro prices. Each protest has distinct local factors but, taken together, they tell a larger story of what can happen when a sense of unfairness combines with a widespread perception of low social mobility.

Yet, while these countries are quite rich and competitive by conventional standards, their populations are dissatisfied with key aspects of their lives. According to the 2019 World Happiness Report, the citizens of Hong Kong, France and Chile feel that their lives are stuck in important ways.

Economic growth without fairness and environmental sustainability is a recipe for disorder, not for wellbeing

You can’t buy happiness
Each year, the Gallup Poll asks people all over the world: “Are you satisfied or dissatisfied with your freedom to choose what you do with your life?” While Hong Kong ranks ninth globally in GDP per capita, it ranks far lower – in 66th place – in terms of the public’s perception of personal freedom. The same discrepancy is apparent in France (25th in GDP per capita but 69th in freedom to choose) and Chile (48th and 98th, respectively).

Ironically, both the Heritage Foundation and Simon Fraser University rank Hong Kong as having the most economic freedom in the world, yet Hong Kong residents despair of their freedom to choose what to do with their lives. In all three countries, urban young people not born into wealth despair of their chances of finding affordable housing and a decent job. In Hong Kong, property prices relative to average salaries are among the highest in the world, and Chile has the highest income inequality in the OECD, the club of high-income countries. In France, children of elite families have vast advantages in their life course.

Because of very high housing prices, most people in all three cities are pushed away from the central business districts and depend on personal vehicles or public transport to get to work. Much of the public may thus be especially sensitive to changes in transportation prices, as shown by the explosion of protests in Paris and Santiago.

Out of touch
Hong Kong, France and Chile are hardly alone in facing a crisis of social mobility and grievances over inequality. The US is experiencing soaring suicide rates and other signs of social distress (such as mass shootings) at a time of unprecedented inequality and a collapse in public trust in government. The US will certainly see more social explosions ahead if we continue with politics and economics as usual.

If we are to head off that outcome, we must draw some lessons from the three recent cases: all three governments were blindsided by the protests. Having lost touch with public sentiment, they failed to anticipate that a seemingly modest policy action (Hong Kong’s extradition bill, France’s fuel tax increase and higher metro prices in Chile) would trigger a massive social explosion.

Perhaps most important, and least surprising, is that traditional economic measures of wellbeing are wholly insufficient to gauge the public’s real sentiments. GDP per capita measures an economy’s average income, but says nothing about its distribution, people’s perceptions of fairness or injustice, the public’s sense of financial vulnerability, or other conditions (such as trust in the government) that weigh heavily on the overall quality of life. Rankings like the World Economic Forum’s Global Competitiveness Report, the Heritage Foundation’s Index of Economic Freedom and Simon Fraser University’s Economic Freedom of the World Report also capture far too little about the public’s subjective sense of fairness, freedom to make life choices, the government’s honesty and the perceived trustworthiness of fellow citizens.

Sensible policies
To learn about such sentiments, it is necessary to ask the public directly about its life satisfaction, sense of personal freedom, trust in government and compatriots, and about other dimensions of social life that bear heavily on life quality and therefore on the prospects of social upheaval. That’s the approach taken by Gallup’s annual surveys on wellbeing, which my colleagues and I report on each year in the World Happiness Report.

The idea of sustainable development, reflected in the 17 Sustainable Development Goals (SDGs) adopted by the world’s governments in 2015, is to move beyond traditional indicators such as GDP growth and per capita income, to a much richer set of objectives, including social fairness, trust and environmental sustainability. The SDGs, for example, draw specific attention not only to income inequality (SDG number 10), but also to broader measures of wellbeing (SDG number three).

It behoves every society to take the pulse of its population and heed well the sources of social unhappiness and distrust. Economic growth without fairness and environmental sustainability is a recipe for disorder, not for wellbeing. We will need far greater provision of public services, more redistribution of income from rich to poor and more public investment to achieve environmental sustainability. Even apparently sensible policies such as ending fuel subsidies or raising metro prices to cover costs will lead to massive upheavals if carried out under conditions of low social trust, high inequality and a widely shared sense of unfairness.