As economies throughout the world remain in murky territory, stocks and shares have had a bumpy year 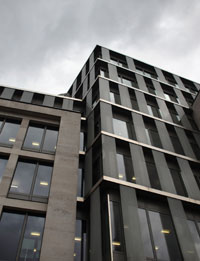 A year ago, most people thought that the UK economy was well on its way to recovery following one of the most severe economic downturns in decades. At the end of 2010 the key FTSE UK 100 share index, which lists the 100 biggest companies in the UK, was at just below 6,000, the highest it had been since June 2008.

For the first part of 2011 the stock market moved mainly sideways, with fairly violent up and downswings, but without really going anywhere. At the beginning of July the FTSE UK 100 was back where it started the year, at just below 6,000. Subsequently, the economic woes of Europe and predictions of another recession in the UK really started to hit the share markets. Since then the FTSE UK 100 dropped below 5,000 at one stage; however, though it has currently recovered to 5,542, prospects remain grim.

Despite the gloomy big picture, there are still companies that fared quite well during 2011, one of them being ARM Holdings. A year ago the company’s shares were trading at below 400, but during 2011 it went up to above 650. At the time of writing it is trading at around 600, which means an investor could have realised a profit of some 50 percent on the year.

Resolution is another top performer of 2011. The company started off the year with a share price hovering around 220. During the year the price went up to well above 300, but the turmoil of the past few months caused it to drop back to its current level of just below 260.

Legal and General had mixed fortunes in 2011. It started off the year at about 90, went up to well above 120, then dropped back to 90 and subsequently recovered to slightly above 110. Future prospects for the company look relatively good.

John Wood Group shares have also performed well, so far, in 2011. They started the year at well below 500, went up to over 700, at one stage, before dropping back sharply to just above where they started. They are currently trading at around the 650 level.

Aggreko shares went up from 1,400 to over 2,000 between March and July 2011. A savvy investor would therefore have made a killing on them. After July, the price dropped back somewhat and the shares are currently trading at just below 1,900.

Shire is another top performer for 2011. Their shares started at around the 1,600 level and right now are trading at around 2,100, a 30 percent profit in a very uncertain economic environment.

Intertek shares have also performed fairly well so far this year. They began the year at around 1,600, went up to well above 2,100, dropped sharply at one stage, before recovering to their current level of around 1,950.

Shares in BG Group started off 2011 at around 1,200. They then rose to around 1,600 at one stage, before dropping back to below their starting point for the year. The shares have since staged a significant recovery and are currently trading at just below the 1,400 level.