New Braunfels is a US town with a distinctly European flavour, valuing cooperation and collaboration as highly as hard work and determination 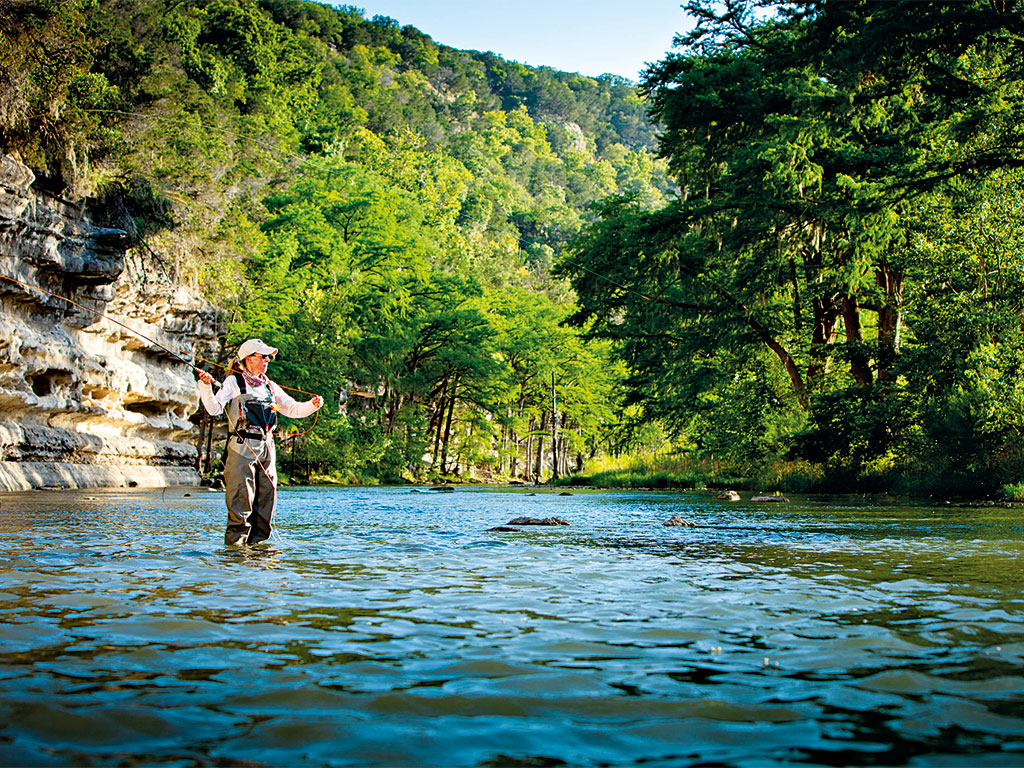 New Braunfels is surrounded by lush, abundant nature. It is this that first drew German expats to the area
Finance

Long known as a vacation destination with two rivers, a lake, the US’ number-one waterpark, and nearly three million visitors per year, New Braunfels has also been a centre of trade commerce since its beginnings, in 1845. Skilled workers travelled with their families to New Braunfels from Germany. Led by Prince Solms, they were enraptured by the beauty of the landscape sculpted by the rivers and served by a backdrop of rising hills. Soon after, a city was built, and commerce and quality of life flourished thanks, in part, to the German way of doing things: cooperation mixed with hard work and determination. It wasn’t long until the city became a place of firsts, boasting: the first church to be built in Texas, the first public school system, the first bridge over the river for transportation, and the first collaboratively created hospital for its citizens. Paving the way for growth and expansion has always been at the forefront of life in New Braunfels.

Tech focus
Recently, two developments have helped showcase the collaboration necessary for invention. Most recently, the Central Texas Technology Centre (CTTC) completed an expansion project that doubled the size of the centre and added 30,000sq ft to facilitate more space for higher education and workforce training. Access to higher education was listed as a strategic community goal of top importance in 2000. By 2012, the campus had outgrown its initial 25,000sq ft and was unable to offer additional classes.

Alamo Colleges began to work with a stakeholder group to identify the curriculum and space needs for the expansion. New Braunfels and Seguin created a joint advisory committee for the school when it was established. That group met with college and city officials to establish plans for the expansion. The success Alamo Colleges has had with the CTTC led to two other post-secondary providers to locate in New Braunfels. Howard Payne University offers classes now, with plans to build a 100-acre campus in the near future. Wayland Baptist University opened a large presence in New Braunfels, and is in the process of moving its nursing school. Our citizens are the ultimate beneficiaries of the development of post-secondary education amenities locally. The Economic Development Administration (EDA) regional office in Austin describes this school as a shining example of the use of EDA funds.

Easy investment
Another recent example of collaboration and partnership was the announcement that Canadian General Tower is moving to New Braunfels, after eight months of work and collaboration with local government. To help facilitate investment, the city authorities established a public-private partnership with Titan Development that will help subsidise the leasing cost to tenants. The New Braunfels site will be an $80m cumulative investment, divided into multiple phases, utilising 28 acres of the planned 96-acre Titan Industrial Park, with total local revenues of $3,072,000 and over 200 employees. In the future, the New Braunfels site has the potential to add additional manufacturing and product lines.

Each of these cases echoes the continued commitment to economic sustainability and economic vitality by combining and utilising community leaders strengths to facilitate growth and expansion. Early settlers had the vision for a modern New Braunfels; with the collaboration that today exists among the city’s leaders, an environment continues to be created where businesses and people alike want to put roots down.