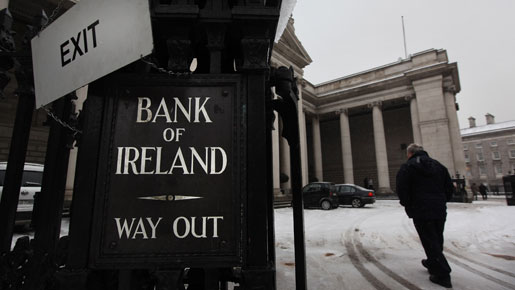 Much has been written about the woes of the Irish economy, but this ancient, yet truly modern, city buzzes with the excitement of business energy. Dublin is a city for people. Here the Irish skill of connecting and networking is most evident on its streets, in its bars and in its huge array of restaurants. The Irish are renowned  for their ability to relate to people. This combined with a keen sense of welcome for the stranger, a long and distinguished history of music, literature and the arts makes Dublin an exciting city to live in. The creative soul of Dublin was the seeding ground for the music of U2 and Enya; the writings of Joyce, Binchy, and Seamus Heaney; actors like Harris, O’Toole, Byrne and Colin Farrell: the artistic and design talent of Bacon, Rocha, Hewson, and Louis Le Brocquy.

So Dublin is a place of “fun” energy, a buzzing international city. But it is also a place of reflective and healing energy. Dublin offers a unique quality of life experience, where one is but minutes away from mountain and sea. Designated European Capital of Sport for 2010, Dublin has a rich sporting tradition. It remains a city of youth with one of Europe’s highest percentages of young people. For quality of life Dublin ranks 25th in the world and is placed ahead of San Francisco, Helsinki, Boston, Madrid and Seattle (Mercer April 2009).

The reflective and youthful energy of the city is captured in the research and learning of its universities. Education is the lifeblood of the city with its nine universities catering for over 90,000 students. The creative energy evident internationally through literature, song and the arts, is blended and integrated into world class research and discovery in technology, green energy, the sciences and medicine. The  research ethos has produced Centres of Excellence in disciplines such as  Biotech, Sensor Research, Human Proteomics and Digital Sensor Processing. This is the Dublin of the past, present and the future.

How many know, for example, that quantum mechanics began in Dublin in the mid 19th century and today underpins laser technology, the computer chip and nanotechnology? In 2009 a research team in Dublin’s Trinity College developed a new drug in the fight against Leukemia. Dublin is a place of innovation and new discoveries. In 2012 Dublin will be the European City Of Science.

Today this busy yet enjoyable city is a multi-cultural mix of talent from every corner of the Globe. It is an ‘Open City’, open to innovation and difference. It is this, combined with favourable corporate tax and an educated workforce, that has drawn multi-nationals like Google, Intel, Wyeth, Pfizer, eBay, Facebook and IBM  to locate here in Dublin. For many, Dublin is fast becoming their global innovation hub. Innovation is also evident within its thriving Financial Services Centre. The city is host to a cluster of major world-class companies in the Financial Services, Life Sciences, International Services and Digital Media sectors.

As Dublin’s Lord Mayor recently remarked: “This is a city that is the best place on the globe for cutting edge business.“ Cushman & Wakefield’s European City Monitor ranks Dublin first in terms of the ease of doing business for the past seven years. In terms of its size Dublin frequently punches above its weight internationally.

So despite what is written, Dublin is very much a city to visit, live, work and invest in. Dublin is open for business.