The benefits of zero-based budgeting

Zero-based budgeting is making a huge comeback thanks to its ability to efficiently allocate resources, as well as fund mergers and acquisitions 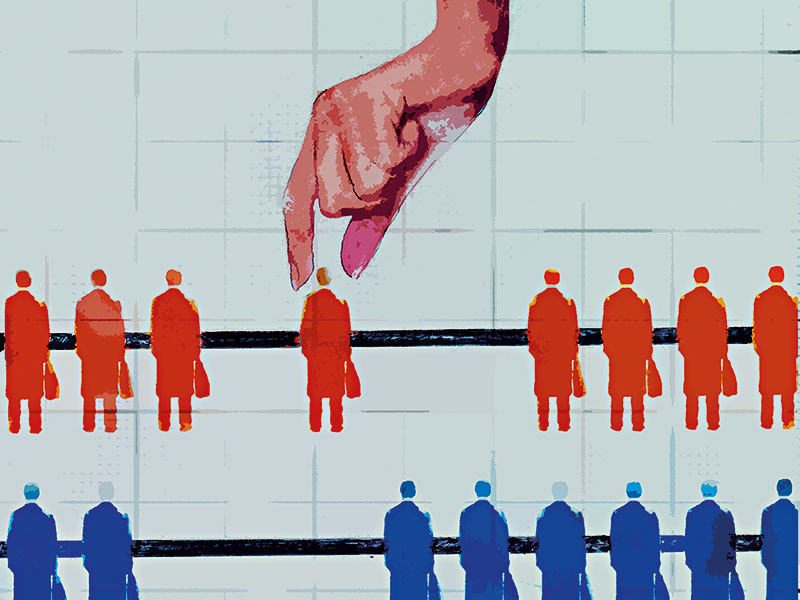 For companies with small margins, retaining a high growth rate can be difficult – especially when competing in mature sectors. While traditional models of cost cutting may work temporarily, they’re unlikely to continue making gains in the long term. Various methods have been tried and tested to counteract this issue, but one in particular has been making waves in the past few years: zero-based budgeting (ZBB).

ZBB is a framework by which companies approach every budgeting period as if from scratch – completely unanchored from past results. Every year’s budget is determined not by what is currently being done, but rather by the needs and objectives of the company.

Unlike traditional budgeting methods, which use past allocations as a benchmark for adjustment, ZBB forces managers to scrutinise individual costs and identify the critical business functions within the company, reimagining their budgets from the ground up. It is a method that leaves no aspect of a business’ finances immune to microscopic scrutiny, with each expense – and department – forced to justify its worth at every budgeting period.

Day dot
Originally developed in the 1970s by then-manager of Texas Instruments Peter Pyhrr, ZBB started to take off when Pyhrr published a report on the principle in the Harvard Business Review and later wrote a book about its benefits.

After some initial success, however, its popularity waned – this was due in large part to the mountains of data required to use the method effectively and the lack of adequate computing power at the time. But despite not seeing much use in the late 20th century, ZBB has witnessed an explosive resurgence since resurfacing in 2010.

Apart from its inherent business advantages, ZBB’s comeback can be attributed to the success of firms like 3G Capital and Berkshire Hathaway. Both firms have used ZBB across their portfolios to aggressively pursue acquisitions, hoovering up companies such as Burger King, Tim Hortons, Kraft and Heinz with the money freed up by the method. More recently, 3G and Berkshire went after Unilever without success – although perhaps unsurprisingly, Unilever is also a proponent of ZBB.

Zero-based budgeting cannot just be a one-off exercise; it requires a holistic change in the company culture

According to Accenture Strategy’s Beyond the ZBB Buzz report, which surveyed 85 of the world’s largest companies, the number of businesses adopting ZBB has increased by an average of 57 percent annually since 2013.

“ZBB has been around for more than 40 years now, but just recently has gone mainstream… as a result of slowing growth, higher profitability targets across industries, and fading views that it is too niche, disruptive or aggressive,” said Kris Timmermans, Senior Managing Director for Supply Chain and Operations Strategy at Accenture Strategy, in an interview with European CEO.

“The outcomes of ZBB are unprecedented. Our research found that major global companies are unlocking as much as $1bn [€837.1m] in cost savings to fund growth strategies and pivot to digital business models.”

Starting from scratch
Typically, the first step in the basic ZBB process is the identification of ‘decision units’. This refers to any organ of the business that operates independently with its own budget. For example, the human resources and marketing departments would be considered decision units, but telesales wouldn’t, as it falls under the marketing umbrella.

Each decision unit then breaks down its activities and projects into ‘decision packages’. Decision packages are proposals that provide a detailed description of the specific activity in terms of its objective, funding needs, justification in the context of company goals, technical viability and alternative courses of action.

All decision packages within a decision unit are then ranked according to their importance. This part can be very difficult, particularly if the differentiating criteria are qualitative in nature and don’t have a clear financial cost to compare. This step is vital, however, as the rankings help upper management determine which projects to allocate the most funding to. Top-ranking items will then be funded in full, while those lower down the list may only receive partial funding – or none at all.

Crucially, the process constantly evaluates and monitors the performance of each decision unit to give managers an idea of whether they have allocated resources in the most efficient way possible.

Gaining momentum
“According to our research, 91 percent of [the] companies [surveyed] have met or exceeded their targets using ZBB and are funnelling that money into growth strategies and new digital models,” Timmermans said. “Companies that have implemented ZBB, on average, see cost reductions of 15 percent and average bottom-line savings of more than $260m [€217.6m] annually.”

Companies that have been vocal about their use of ZBB programmes include Mondelēz International, Campbell Soup Company, Kraft Heinz, Anheuser-Busch InBev and Tesco. In its 2017 first-half results, Unilever even reported that ZBB was improving its marketing productivity and streamlining its advertising spend, while also reducing overhead costs that weren’t bringing much value.

ZBB leaves no aspect of a business’ finances immune to microscopic scrutiny, with each expense forced to justify its worth at every budgeting period

In the past, ZBB has been regarded as a model for fast-moving consumer goods companies with notoriously small margins. Timmermans rejects this view: “Every industry stands to benefit. There is some misperception that ZBB is only suited for global consumer goods companies with strong top-down cultures, but the potential of ZBB goes far beyond that.

“It’s an equal opportunity way of working that applies no matter a company’s size or industry, and there are unprecedented opportunities in store across industries. ZBB now has a strong footprint beyond consumer packaged goods, including financial services, life sciences, technology, retail, chemicals and natural resources, among others.”

According to Timmermans, examples of companies that have successfully implemented ZBB – whose names he was unable to provide – include a consumer goods company that was able to achieve 18 percent savings and a 20 percent increase in share price. Another case was that of a prominent commercial bank, which unlocked a large sum of money and reinvested it in ‘going digital’, and a healthcare company that achieved savings of £1.2bn (€1.36bn) over the course of three years.

Zero-sum game
While effective, ZBB has downsides and unique challenges that may stand in the way of success. The first of these is the additional workload it creates for a company: having a detailed projection of every cost, as well as an argument for why each expense is necessary, is an arduous process. A large amount of time and labour is needed to compile, analyse and package financial data.

There also exists the risk of allocating resources based on short-term returns in the next calendar year. If short-term thinking leads a company to make significant cuts to its R&D budget or its employee training, its competitiveness could suffer in the long term.

Further, ZBB can have an adverse effect on employee morale and may encounter internal resistance; people within the company can feel threatened by the prospect of their departmental budget being cut or, worse yet, the possibility of losing their jobs as a result. The feeling of cooperation within a company can also be impacted, as one department’s gain is often another’s loss, leading departments to compete for resources rather than collaborate.

In order for ZBB to work, it cannot just be a one-off exercise; it requires a holistic change in the company culture. For such a change to happen, the support of upper management is crucial, and changes cannot be isolated to certain departments within the company.

“The CEO and [their] team needs to be ‘all in’ for this to work because it requires a change in [the] behaviour of the organisation when it comes to spending expenses,” said Shin Shuda, Managing Director of Strategy, Consumer Goods and Services at Accenture Strategy. “When it comes to cost, you have to lead by example.

“I have seen programmes ultimately fail if all changes are simply cascaded down without engaging the organisation. Behaviour change takes ownership and it needs to happen at every level.”

In other words, implementing ZBB is a massive commitment and one that should not be taken lightly; if every step of the budgeting process is not monitored closely at all levels of the organisation, failure is all but assured. When implemented properly, however, ZBB can lead to better cost visibility, greater growth opportunities and a more effectively run enterprise in the long term, allowing companies to free up funds to expand and improve previously untapped areas of their business.