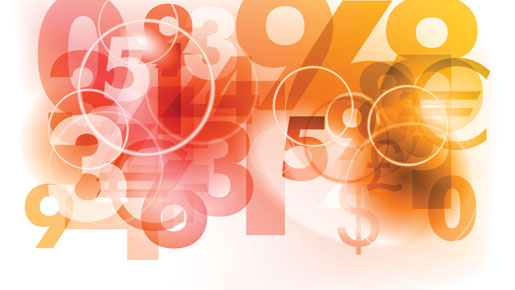 As the 32nd member of the Organization for Economic Cooperation and Development (OECD), Israel’s transfer pricing legislative framework is largely based upon OECD’s Transfer Pricing Guidelines for Multinational Enterprises and Tax Administrations (hereinafter, the OECD Guidelines) as well as the approach of Section 482 of the US Internal Revenue Code (Section 482) and the regulations promulgated thereunder (Treas. Reg. §1.482). The Israeli Tax Authorities’ (ITA) general auditors are skilled in recognising transfer pricing issues that are handled by dedicated transfer pricing unit (TPU) that is in charge of carrying out transfer pricing audits.

Israel is considered to be a high-tech and bio-tech industry leader and its tax system facilitates Israeli based companies that are developing high value intangibles. Such companies are often entitled to various tax benefits such as Chief Scientist’s grants. Furthermore, an Approved Enterprise status is granted to manufacturing entities in developing regions.

Such tax benefits in conjunction with declining corporate tax rate (should decline to 18 percent by the year 2016), makes Israel the ideal place for start-up companies and well-established corporations. Notwithstanding the relatively favorable tax climate, the TPU has expressed its intent to enforce transfer pricing legislation, regardless of Israeli based taxpayers’ inherent motive to accumulate corporate profits in Israel, on numerous occasions.

The main directives for the application of the arm’s length standard are stipulated in Income Tax Regulations (the establishment of arm’s length conditions) (Transfer Pricing Regulations) and Circular 03/2008 published by the ITA. As aforementioned, the Transfer Pricing Regulations as well as the ITA and TPU’s approaches are in line with the OECD Guidelines and Section 482. As such, the acceptable transfer pricing methodology and hierarchy is consistent with the generally acceptable standards.

A preference is given to the direct transactional-based methods. Specifically, the application of Comparable Uncontrolled Price/Transaction (CUP/CUT) methods should be examined and disqualified for each intercompany transaction. Circular 3/2008 provides that these methods shall be deemed inapplicable in case of substantial differences in the financial or contractual terms of the tested transaction, differences in the products’ quantity and quality and other applicable characteristics. However, certain flexibility is granted to the taxpayer as it is allowed to make up for minor differences between the controlled and uncontrolled transactions by performing certain adjustments.

In case the CUP method was deemed inapplicable, the Transfer Pricing Regulations stipulate that one of the following meth- ods should be employed: Cost Plus Method; Resale Price Method; or Profit Split Method.

If the aforementioned methods are deemed inapplicable, the use of a profit- based method (i.e. Comparable Profits Method / Transactional Net Margin Method) is acceptable by the ITA subject to the performance of comparison between profit level indicators (PLI) established in the tested and comparable transactions. Other economically viable methods may also be applied if none of the above were deemed suitable to evaluate the arm’s length nature of an intercompany transaction.

Unique transaction
The Transfer Pricing Regulations provide an exemption for a single intercompany transaction that does not constitute a major part of the taxpayer’s routine business activity (Unique Transaction). Such exemption is subject to the ITA’s prior approval and applies only to the execution of a full-scale transfer pricing analysis.

Financial transactions
Sections 3(i) and 3(j) of the ITO and the regulations promulgated thereunder, stipulate minimum interest rates that should be charged, for income taxation purposes, in loans between individuals that are deemed to have “Special Relationship” between them.

However, Circular 3/2008, which dealt exclusively with Israeli transfer pricing documentation, stated that Sections 3(i) and 3( j) do not apply for inter- company financial transactions. Consequently, intercompany financial issues such as intercompany loans, cash pooling, credit lines, etc. are governed by Section 85A and should comply with the arm’s length standard.

Documentation requirements & penalties
Section 85A stipulates that a contemporaneous documentation should be maintained and submitted to the ITA or the TPU within 60 days of such request. Furthermore, a taxpayer that is engaged in intercompany transactions is obliged to submit a compliance form (Form 1385) along with its annual tax returns. Form 1385, in which the taxpayers declares that its intercompany transactions are conducted in accordance with the arm’s length standard as stipulated in Section 85A, is signed by the tax- payer’s officer (generally the CFO) and may bear general tax and criminal implications on the taxpayer and on the signing officer who may be criminally liable for giving false statement (perjury) regarding the taxpayer’s compliance. Transfer pricing studies and other relevant documentation may be submitted in Hebrew or in English.

The Israeli legislation does not have specific penalties associated with non-compliance with the arm’s length standard. However, general penalties and criminal ramifications are stipulated in the ITO, including monetary fines, upward adjustments of taxable amounts, adjustments to prior years and even incarceration for up to seven years for conducting tax avoidance schemes.