With taxation in cross-border transactions an increasingly pressing issue, Les Secular of True Partners Consulting explains the intricacies of the new draft discussion issued by the OECD 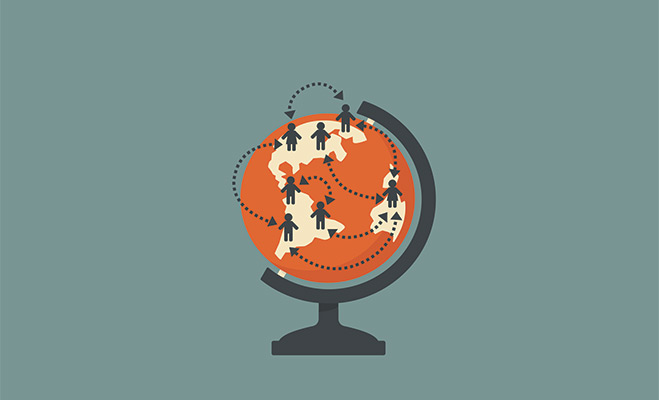 Following a previous version in October 2011, the OECD has issued an updated discussion draft on ‘The Interpretation and Application of Article Five – Permanent Establishments (PE) – of the OECD Model Tax Convention.’

Whether or not a PE exists can have important transfer pricing implications for any enterprise. Transactions with the PE may come under scrutiny and be amended for transfer pricing purposes. It is thus vital to understand the OECD views on PEs and how they are likely to be interpreted by tax authorities and incorporated into local legislation.

A number of the suggested changes are likely to impact enterprises. A proposal to include the time taken to erect a building and test its facilities when considering whether a construction site or installation project is a PE is particularly noteworthy. Under the OECD Model Tax Convention, a construction site or installation project is not a PE if it lasts less than 12 months. The inclusion of building and testing will recategorise certain projects and give rise to issues of attribution of profit under transfer pricing rules. Already, in some double tax treaties based on the OECD Model, the 12 month period is shortened to only six months.  Enterprises must keep their overseas construction and installation projects under close scrutiny if they are to ensure that tax and transfer pricing issues do not arise.

Contractual technicalities
Another potential minefield is the debate over overseas employees being involved in contract negotiation. To date, a PE only exists if the local employee is either concluding contracts or has a central role in negotiating important sections of a contract. The new discussion draft indicates a PE will exist if local employees are active in negotiations relating to type, quality or quantity of products covered by the contracts, because such activities constitute an essential part of the business operations of the whole enterprise. It is acknowledged, though, that contracts would have to be of significant value to give rise to major concerns. However, the OECD Model Tax Convention only expresses the views of the OECD and is not binding; tax authorities interpret them in different ways and may even take a tougher stance.

It is not only local employees that can create a PE. An agent with authority to conclude contracts in the name of an enterprise can also create a PE, unless they are acting in the normal course of their business, for example, a stockbroker. An agent can bind an enterprise even in situations where the contracts are not in the name of the enterprises. In some countries, an enterprise has been held to have a PE in circumstances where a sales contract has been concluded with a third party by an agent who did not formally disclose to the third party who it was acting for and the contracts censored the name of the enterprise. An agent is also imbued with authority when soliciting and receiving orders, which are then sent directly to a warehouse from which the foreign enterprise routinely approves the transactions. In the past, some issues have arisen primarily on sales contracts, but the discussion draft suggests leasing and services contracts should now be considered.

Office space
Working from home is also questioned. It may soon be that overseas workers regularly using the home for business activities constitute a PE if it is clear that the enterprise has required the employee to do so, but the nature of the employment clearly requires an office. This issue could arise where, for example, an employee is sent overseas and the enterprise, initially intending to rent an office, was convinced by the employee that working from home would be more efficient. If this clause is accepted into the Model Tax Convention without change, an enterprise may have to establish a set policy for employees working overseas that prevent issues like this arising.

The above are only a few of the instances in which suggested changes in the Discussion Draft can have a wide impact. From personal experience over many years, it has been obvious that if tax authorities can prove the existence of a PE, they look at all other aspects of raising tax; transfer pricing is an area in which they are quickly realising that there may substantial scope for doing so. For those unfamiliar with transfer pricing, it involves cross-border transactions between connected parties – be it the provision of goods, services and financing, or the use of intangibles such as intellectual property and brand names.

Connected parties must be capable of demonstrating that all of their transactions are at arm’s length – equivalent to what an independent third party would have paid or received in similar circumstances – and failure to show this can lead to tax adjustments and penalties. Although a PE is not a separate legal entity, for transfer pricing purposes it stands alone. Consequently, the question of attribution of profit made by the enterprise to the PE arises and transfer pricing methods are applied as if the PE were a third party. This enables the local tax authority to raise tax assessments and consider penalties for failure to notify chargeability or failure to file correct tax returns.

In the current economic climate, where tax authorities are finding their take considerably reduced, they are looking at other ways to raise cash; applying transfer pricing rules to a PE situation and levying penalties is a strong possibility.  Whereas, ultimately, a tax liability on a PE will not impact an enterprise, with relief available either through double taxation relief or through the mutual agreement procedure within a double tax treaty (via a corresponding deduction), there is no relief for penalties and they remain a cost to the enterprise.

The Discussion Draft is just that; a draft for discussion and comments are invited before January 31, 2013 and examined by the Working Party at their meeting in February 2013.