Since the resolution of the Greek debt crisis, the country’s economy has been slowly strengthening. Now, with the Hellenic Republic Asset Development Fund at the helm of a vigorous privatisation programme, Greece is positioning itself as an attractive investment destination 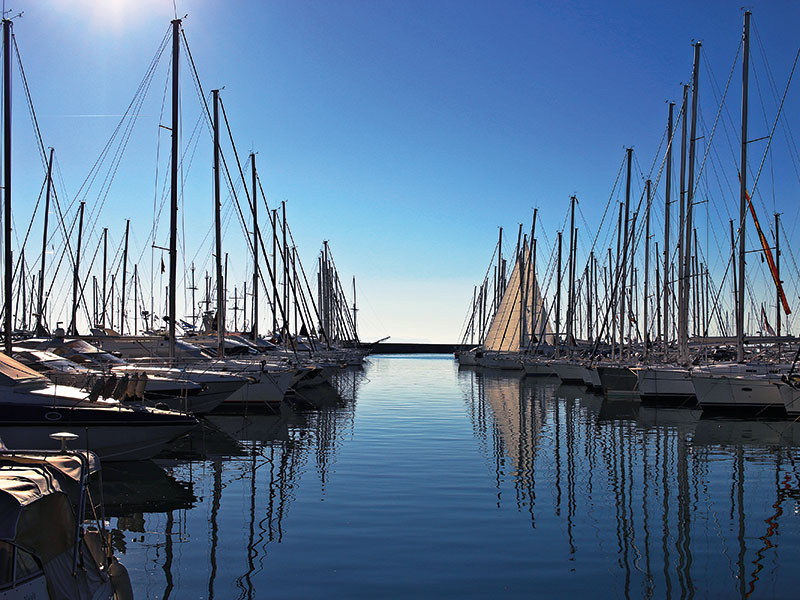 After a number of years of recession, things are finally moving forward in Greece. The country has emerged from a period of negative performance to post an annual GDP growth rate of approximately 1.4 percent. And while Greece’s unemployment rate is still high compared with the European average, it has subsided considerably in recent years, falling from 27.9 percent in 2013 to around 18 percent at the end of 2018. Other key indicators – such as trade balance, current account balance and government bond spreads – echo this positivity, while the country’s tourism market is flourishing once again.

In this positive environment, Greece hopes to attract more foreign direct investment (FDI) by improving its profile as an investment-friendly destination. This perception will be imperative to the nation’s new economic model, which relies on FDI for privatisation, sustainable growth and public property development.

Fortunately, progress is already well underway: according to the UN Conference on Trade and Development’s World Investment Report 2018, FDI inflows in Greece increased by 32 percent in 2017 to €4.04bn, a result of numerous privatisation projects. At the heart of these crucial efforts is the Hellenic Republic Asset Development Fund (HRADF), which acts as the touchpoint for all parties interested in investing in Greece.

Private partnerships
The importance of Greece’s privatisation programme, which was implemented by the HRADF in 2011, rests on its growth multiplier effect. The HRADF aims to develop assets and add value to all stakeholders, including investors, local communities and the country itself. For us, it’s about long-term, sustainable and investor-friendly privatisation that is socially acceptable. After all, the demonstration of accretive value to all stakeholders is the foundation of further value creation, stability and social cohesion.

To date, the HRADF has privatised assets worth over €8bn, with a total benefit to the Greek economy of €20bn, including upfront payments, concession fees and mandatory capital expenditure, among other things. This figure isn’t reflective of the typical economic multiplier effect, however. In fact, public-private partnerships in Greece have demonstrated very high growth as a result of this greater investment. Put simply, privatisation – together with the mandatory investments included in many tenders – has helped to promote growth, increase competition, create new jobs and restore the country’s credibility. There are some exceptional examples in Greece at the moment, including the privatisation of the Hellenic Telecommunications Organisation and TRAINOSE.

Another recent success story was the sale of the HRADF’s 55 percent stake in Greece’s natural gas transmission system operator, DESFA, to European companies Snam, Enagás and Fluxys. This has proven to be one of the most prosperous tenders run by the HRADF, having attracted considerable investment interest and prompting intense competition, which ultimately resulted in revenue of €535m. Further, the agreement was of strategic importance to DESFA, improving its prospects by making it a member of a European consortium with international scope. The move also has positive implications for the energy sector in Greece more broadly.

The success of these partnerships stems from the HRADF’s commitment to a number of core principles, namely: transparency and openness; adherence to international market standards during the tender process; efficient corporate governance throughout the approval process; and the provision of high-quality services before and after the completion of any transaction. By taking all stakeholders’ interests into account and examining a wide spectrum of options, the HRADF is able to attract a greater assortment of investors. We have also established a special unit to monitor agreements and ensure investors abide by the conditions of sale. Just as importantly, the unit helps to develop investment plans, acting as an intermediary between investors and the Greek state.

Next port of call
Having attracted proceeds totalling €2.1bn in 2018 – and with a further 11 projects in progress – it’s safe to say the HRADF has a strong portfolio plan in place. Currently, the fund has several assets in mature tendering phases, including the Hellinikon Project, Alimos Marina, the Egnatia Odos motorway and the Chios Marina. This year’s development programme comprises a wide range of assets, such as regional ports, marinas, real estate and energy projects. First in the pipeline are the ports of Alexandroupoli, Kavala, Igoumenitsa and Corfu. This cluster – along with the development of accompanying rail networks – will help turn Greece into a transportation and trade gateway for Europe. These projects will build on the successful sale of the HRADF’s stake in the Port of Piraeus, which has benefitted greatly under the management of the China Ocean Shipping Company. The HRADF is currently preparing for the development of a further six regional ports.

As for marinas, the HRADF carefully identifies gaps in coverage and outlines the key parameters of sailing routes, prioritising its assets accordingly and significantly increasing berth capacity in the process. Projects currently in the maturity phase include marinas in Thessaloniki and Itea, as well as on the islands of Kefalonia, Mykonos and Rhodes.

Finding the energy
The HRADF is currently working on the tenders for a number of high-value energy assets, including the Public Gas Corporation (DEPA) and the South Kavala natural gas storage facility. DEPA will be transformed into a commercial company with both wholesale and retail branches, allowing it to act as an infrastructure firm with wide networks and international projects within its portfolio. Later this year, the HRADF will coordinate the sale of a 50.1 percent stake in DEPA’s commercial operations, with a minority stake in DEPA’s infrastructure company set to follow shortly after.

The South Kavala natural gas storage facility, meanwhile, will be one of the most challenging projects the HRADF has undertaken. The development will require the almost-depleted underwater natural gas field of South Kavala to be transformed into an underground natural gas storage unit. The project will undoubtedly be worth the effort, though, with its geology, size and proximity to the Trans Adriatic Pipeline helping to greatly enhance the security of Greece’s energy supply. Through the development and privatisation of major infrastructure projects like these, the HRADF is preparing Greece for a more prosperous future.