Germany is changing its tune on private equity investment

Once known for its aversion to private equity investment, Germany is experiencing a dealmaking boom that could prove a key turning point in the country’s corporate history 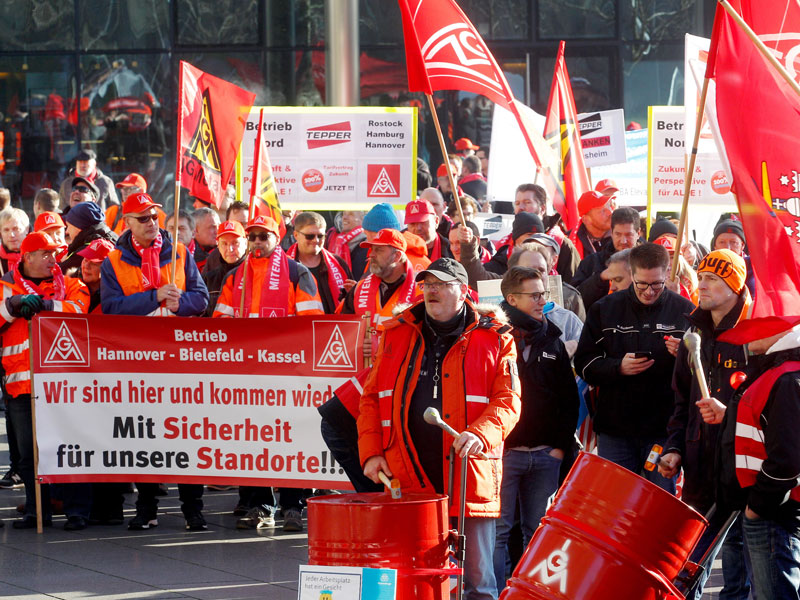 Until recently, Germany had a reputation for giving private equity firms an icy reception. In 2005, then chair of the ruling Social Democratic Party of Germany, Franz Müntefering, famously described them as “swarms of locusts that fall on companies, stripping them bare before moving on”. While the country’s left applauded his comments, business leaders and right-wing politicians were outraged, accusing the government of blaming international finance for Germany’s disappointing economic growth.

Over the past decade, Germany has become much more welcoming of buyout firms. Private equity investors pumped over €32bn into the German economy in 2019, more than in any other year since the end of the financial crisis. According to the German Private Equity Barometer, which is produced by state-owned development bank KfW, the German private equity market recorded its highest confidence levels for 15 years in 2018. Although sentiment dipped slightly a year later, confidence in private equity remains remarkably high.

Increasingly, German companies are recognising that private equity investment can improve company performance and spur job creation. But the growth of the private equity market is also indicative of a wider trend: the diminishing economic prowess of Germany’s industrial conglomerates.

Open season
Europe has experienced a dealmaking boom in recent years. According to Refinitiv, buyout deals in Europe reached a 12-year high in 2019. This appetite for dealmaking shows no signs of abating, either: US buyout group KKR recently raised its biggest ever European fund, aimed at targeting Western European companies worth between €500m and €2bn.

So far, some of Europe’s largest deals have taken place in Germany – the country has plenty of appeal in the world of private equity, owing to its large economy, stable political environment, skilled workforce and reputation for innovation. “Germany is and will remain one of the most attractive economies around the globe for investors,” Christian Ollig, Head of KKR in Germany, told European CEO. “Its innovative small and mid-sized companies have strong brands and market positions in their respective industries.” It’s these companies – known in Germany as Mittelstand – that could hold the key to private equity’s future in the country. Such firms are considered the backbone of the German economy, generating almost 60 percent of jobs and representing more than a third of economic output, according to venture capital firm PitchBook Data. And although Mittelstand have not welcomed buyout firms with open arms in the past – due, in large, to being owned and managed by families – this is starting to change, mainly thanks to a huge generational shift.

By 2022, more than one in five SMEs will change ownership or face closure, according to KfW. As post-war entrepreneurs move into retirement, many are passing their companies on to less conservatively minded successors. Others may struggle to pass the company down the family line at all, particularly given the low birth rates Germany suffered during the 1970s. This has created a window of opportunity for private equity groups.

The current economic climate only adds to the likelihood of Mittelstand opening up to buyout firms. The German economy came close to recession in 2019 and, with the manufacturing sector shrinking, a major upturn appears unlikely in the coming years. As a result, company valuations could decline while interest rates remain low, prompting many family-owned businesses to sell or float and spurring a dealmaking frenzy.

Lifting the burden
The private equity boom is part of a broader shift in Germany’s corporate landscape. Major brands and industrial conglomerates are seeing their profit margins shrink, opening the door for investors and buyout firms to capitalise. KKR recently invested €4.9bn in publishing giant Axel Springer, which is hoping to expand internationally and embark on a broader digital transformation. Before the buyout, Springer’s shares had lost more than a quarter of their value over the space of 12 months; when rumour spread that Axel Springer was in talks with KKR, the share price leapt more than 20 percent.

Another iconic German company now turning to private equity for help is industrial giant Thyssenkrupp, which is currently preparing to sell or float its elevator business.

A downturn in steel and a series of failed investments have left the company over €4bn in debt. Although elevators might not sound like the most thrilling asset, private equity companies are vying to purchase the division, which is the fourth-largest elevator seller in the world, posting annual sales of €8bn. “It’s probably the biggest deal out there… everybody wants to win it,” one person involved in the process told the Financial Times in January. With the deal value predicted to reach $20bn (€18.18bn), it could set a record for the biggest European private equity deal ever.

This is a poignant moment in Germany’s corporate history: Thyssenkrupp’s roots date back to the 19th century, and the company played a significant role in Germany’s post-war economic resurgence. As such, the potential sale has ignited a fierce debate in the country, as well as left 66,000 employees fearing for their jobs. With shareholders putting the company under pressure to simplify its portfolio, though, Thyssenkrupp has been given little choice but to shrink its huge empire.

The company’s breakup symbolises the dwindling power of Germany’s economic giants. Many German companies have a period of restructuring ahead of them, including those in the banking sector, which has been deemed ripe for consolidation and investment. US private equity group Cerberus recently invested in Hamburg Commercial Bank, where it is pursuing a heavy cost-cutting strategy. Meanwhile, companies embracing digital innovation are receiving more attention. For example, KKR bought German payments company Heidelpay for over €600m in 2019 – a sign that Germany’s tech start-ups are gaining ground.

As stiff as a board
Although attitudes are changing, public-to-private deals in Germany still face substantial obstacles. Germany has several unique conditions for mergers and acquisitions (M&A). For instance, its companies abide by a two-tier board system – one body for the day-to-day management of the firm and a separate supervisory board – that ultimately limits the influence of investors. Further, deals require the approval of the company’s supervisory board, half of which is usually composed of employee representatives. There is also a domination agreement that means 75 percent of shareholders must give their approval before the majority owner can control cash flow. Even once this is approved, minority shareholders enjoy high levels of protection.

In 2019, several firms failed to win over German boards. Austrian chip and sensor maker AMS, for example, was unsuccessful in its bid to acquire German firm OSRAM for around €4.5bn. Deutsche Bank and Commerzbank failed to merge for numerous reasons, but among them was resistance from unions and employee representatives. Competition regulation in the EU also presents a significant hurdle to M&A – Thyssenkrypp’s merger with Tata Steel was blocked in 2019 by the EU’s competition watchdog.

Despite the barriers presented by Germany’s two-tier system and M&A rules, dealmaking in the country will likely continue to surge. As the possible sale of Thyssenkrupp’s elevator business demonstrates, these deals could be some of the biggest Europe has ever seen. The age of Germany’s corporate dynasties may be coming to a close, but private equity is here to stay.