Britain's economy grew at its fastest pace in nine years in the second quarter of 2010 and growth in the first three months of the year was revised slightly higher, according to official data 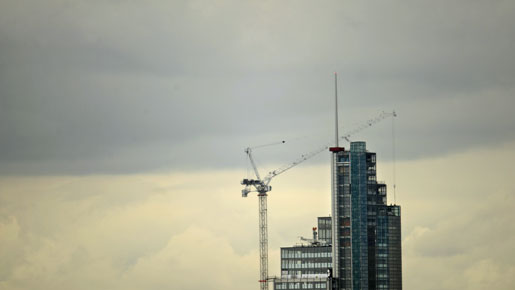 The Office for National Statistics said GDP grew 1.2 percent in the three months to June, confirming an estimate published in August and in line with economists’ forecasts.

The annual rate of growth was also unrevised at 1.7 percent, as expected.

Growth in the first three months of the year was edged higher to 0.4 percent from the previous estimate of 0.3 percent.

Construction output surged 9.5 percent during the second quarter, its fastest rate of expansion since 1963 as it caught up after winter disruption.

Manufacturing grew one percent on the month and services output was up 0.6 percent.

The figures suggest Britain’s economy bounced back strongly from its deepest recession since World War Two but most economists expect growth to slow sharply due to impending government spending cuts and weak overseas demand.

As such, the Bank of England is expected to keep monetary policy extremely accommodative well into next year.

The ONS also released second-quarter current account data, which showed that Britain’s deficit with the rest of the world narrowed to £7.383bn from an upwardly revised £11.298bn in the first quarter.

That was better than expected and reduces Britain’s current account deficit to two percent of GDP from 3.1 percent in the first quarter.