The digital economy is exacerbating the capital-labour disparity in global markets. A new competition authority with global remit is needed to reset the balance 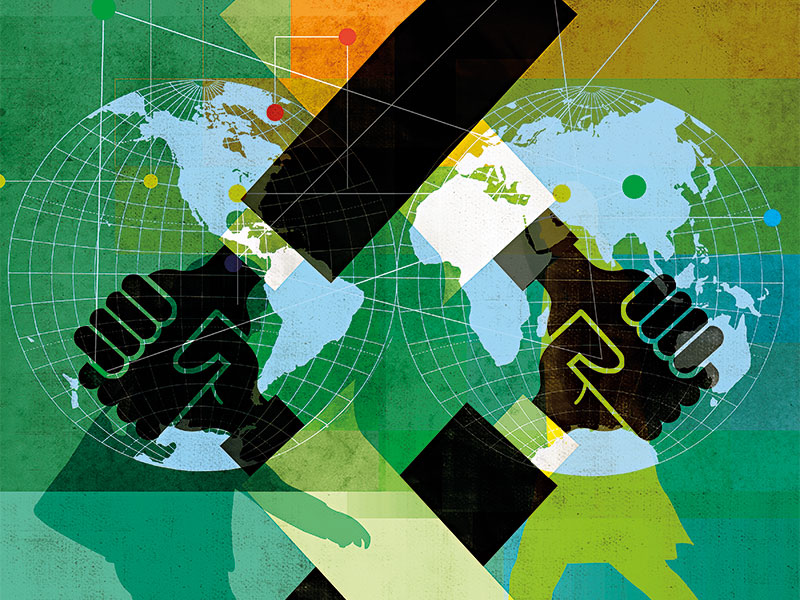 Digital competitiveness is vital; we need to tear down the silos and rebuilt a thriving digital economy
Finance

The digital economy is carving out new divides between capital and labour by allowing one firm, or a small number of firms, to capture an increasingly large market share. With ‘superstar’ companies operating globally and dominating markets in multiple countries simultaneously, market concentration throughout the G20 developed and major emerging economies has increased considerably in just the past 15 years.

During the period after the Second World War, 70 percent of national GDP went to labour income, and the remaining 30 percent to capital income. John Maynard Keynes described the stability of the labour share as something of a “miracle”. But the rule has since broken down. Between the mid-80s and today, labour’s share of world GDP declined to 58 percent, while capital’s share rose to 42 percent.

Power to the few
Two forces in today’s digital economy are driving the global decline in labour’s share of total income. The first is digital technology itself, which is generally biased towards capital. Advances in robotics, artificial intelligence, and machine learning have accelerated the rate at which automation is displacing workers.

The second force is the digital economy’s ‘winner takes most’ markets, which give dominant firms excessive power to raise prices without losing many customers. Today’s superstar companies owe their privileged position to digital technology’s network effects, whereby a product becomes even more desirable as more people use it. And although software platforms and online services can be costly to launch, expanding them is relatively inexpensive. Consequently, firms that are already established can keep growing with far fewer workers than they would have needed in the past.

These factors help to explain why the digital economy has given rise to large firms that have a reduced need for labour. And, once these firms are established and dominate their chosen market, the new economy allows them to pursue anti competitive measures that prevent actual and potential rivals from challenging their position.

During the period after the Second World War, 70 percent of national GDP went to labour income, and the remaining 30 percent to capital income

And, as the economists David Autor, David Dorn, Lawrence Katz, Christina Patterson, and John Van Reenen show, the US industries with the fastest-growing market concentration have also seen the largest drop in labour’s share of income.

This increased market concentration is widening the gap between the firms that own the robots (capital) and the workers whom the robots are replacing (labour). But confronting it will require us to reinvent antitrust for the digital age. As it stands, national competition authorities in G20 countries are inadequately equipped to regulate corporations that operate globally.

Moreover, the G20 cannot simply trust that global competition will correct on its own the tendency towards increased market concentration. As Andrew Bernard has shown for the US, and Thierry Mayer and Gianmarco Ottaviano have demonstrated for Europe, international trade favours large superstar firms. Indeed, globalisation may provide advantages to the largest and most productive firms in each industry, causing them to expand, and forcing smaller and less productive firms to exit. As a result, industries become increasingly dominated by superstar firms with a low share of labour in value added.

New framework
The US is a case in point. It is host to many of today’s superstar firms, and yet US antitrust regulators have not been able to restrain those firms’ market power. As the G20 looks for ways to address the problem of market concentration, it should take lessons from the US experience, and look for ways to improve upon the US’s failures.

Rather than starting from scratch, we will need to build on national-level competition authorities’ institutional knowledge, and include experienced personnel in the process. The European Competition Network can serve as a blueprint for a G20-level network.

The objective of a world competition network is to build an effective legal framework to enforce competition law against companies engaging in cross-border business practices that restrict competition. The network may coordinate investigations and enforcement decisions, and develop new guidelines for how to monitor market power and collusive practices in a digital economy.

In the past, the G20 has focused on ensuring that multinational firms are not able to take advantage of jurisdictional differences to avoid paying taxes. But the G20 now needs to expand its scope by recognising that digital technologies are creating market outcomes that, if unchecked by a new world competition network, will continue to favour multinational firms at the expense of workers.