Europe needs a DARPA – here’s why

To remain competitive in the global technology market, Europe must invest in a state-backed research agency. Industry leaders have already found success in doing so 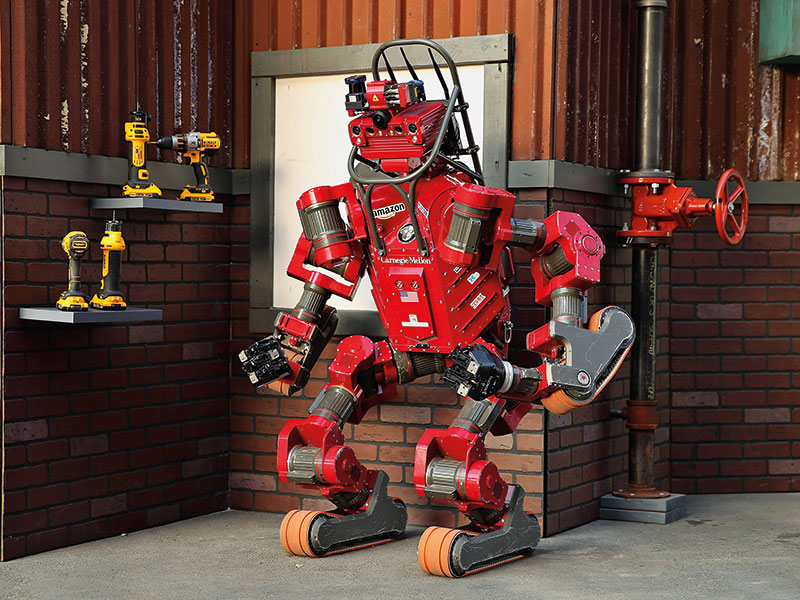 The mood in Germany is bleak, and not just because of the country’s current economic slowdown. Long famed for its engineering know-how and high-quality industrial products, the German economy is now in danger of falling behind as software and data become increasingly crucial to future prosperity.

And the recent news that US technology company Apple is now worth more than the entire DAX index of 30 leading German companies has no doubt deepened the gloom among business leaders and policymakers. If German firms don’t adapt quickly, some may struggle to survive.

New digital technologies, including the Internet of Things and artificial intelligence, could profoundly disrupt German companies’ traditional business models – especially in sectors such as machine building, automobiles and chemicals. Compounding the problem, German firms face increasingly stiff competition from China, which is climbing the ladder of manufacturing value added.

To develop self-driving cars, for example, German car manufacturers such as Volkswagen will have to collaborate with software companies in Europe. Currently, Volkswagen has to work with Google or a Chinese partner because there is no software industry of note in Germany. But tomorrow’s cars will be super-connected supercomputers on four wheels. If Germany and Europe fail to adapt fast enough, Volkswagen and other German carmakers risk facing the same fate as Nokia, which lost its dominant position in the mobile phone market to Apple.

State support
In short, Germany needs an industrial revival of the sort it experienced in the late 19th century when companies such as Daimler, Bayer, BASF and Allianz emerged. But this will be possible only if the state offers technological backing to German firms. Here, the US Government’s Defence Advanced Research Projects Agency (DARPA), with its successful decades-long track record of hi-tech innovations, should serve as a model for Germany and Europe to follow.

As the economist Mariana Mazzucato has pointed out, DARPA and other US Government agencies have been instrumental in developing new technologies such as the internet, GPS navigation, touchscreen displays and voice-activated assistants such as Apple’s Siri and Amazon’s Alexa. Without these state-backed research successes, today’s US tech giants would not exist.

Crowding in
DARPA also buys innovations. For example, robotics company Boston Dynamics – which was spun off from the Massachusetts Institute of Technology (MIT), subsequently acquired by Google, and now owned by Japan’s SoftBank Group – won a tender in 2013 to deliver robotic systems for the next DARPA Robotics Challenge. Under this contract, the company will deliver a range of autonomous humanoid Atlas robots that can be used in the event of natural disasters.

The US Government thus plays an important role in shaping innovation. China, Israel and South Korea have similar ecosystems of state-led research support geared toward military and intelligence applications, which helps to explain why they, too, have become world leaders in digital innovation.

A recent study of OECD economies by Enrico Moretti of the University of California, Berkeley, and MIT’s Claudia Steinwender and John Van Reenen supports this anecdotal evidence. The authors investigated the impact of government-funded military research spending on privately funded corporate research activity, and its effect on productivity growth. In contrast to the crowding out of private investment that usually accompanies increased public investment, they found evidence of a ‘crowding in’ of private research expenditure.

Growing confidence
The clear implication is that Europe needs a European research agency with a budget similar to that of DARPA in order to keep pace with intensifying global technological competition. The German Government should establish it. Doing so would have the further advantage of supporting Germany’s recent efforts to pursue a more confident foreign and defence policy.

In addition, a DARPA-type agency funded by Germany and other European governments would enable Germany to meet more quickly its obligation as a NATO member to spend two percent of its GDP on defence, as US President Donald Trump constantly urges.

Germany and other European countries urgently need to retool their economies for the 21st century. Establishing an agency like DARPA would represent a significant step in the right direction.