On the brink of liquidation just a few years ago, EcoRub is now on track for a bright future thanks to a mixture of innovation and environmentalism 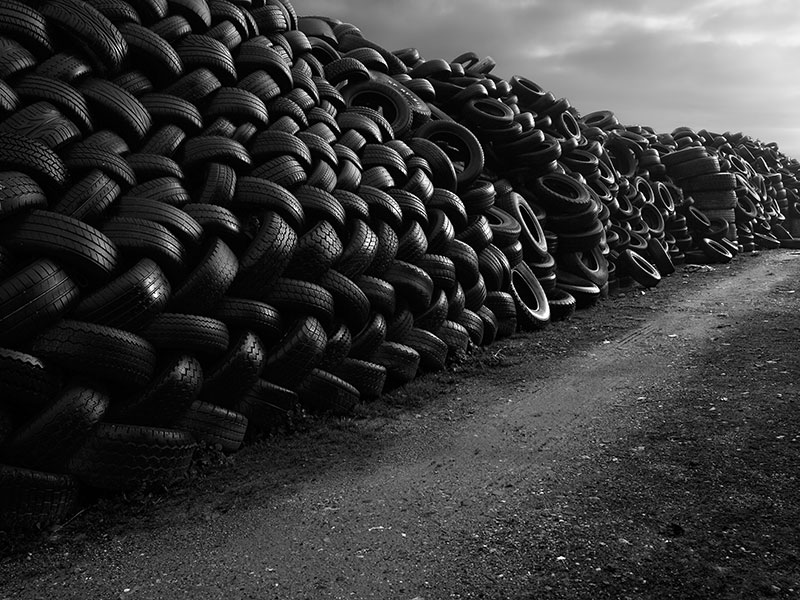 Having been an environmental activist for more than five decades, I’ve witnessed a lot of progress and many setbacks. My first foray into activism came shortly after I graduated as a chemical engineer, when I became uneasy about the gigantic outflow of heavy metals, sulphuric acid and other pollutants from the Boliden smelter at the Rönnskärsverken plant in Sweden. Alongside a number of other concerned citizens, I formed a group to tackle the issue.

The pollution was unbelievable. The arsenic levels in the Baltic Sea were nine times higher than in normal conditions. What’s more, the wildlife in the plant’s surrounding basin, which contained a mixture of saltwater and freshwater organisms, was barely managing to survive. Boliden, in partnership with the local trade unions, argued that the emissions had to be accepted otherwise thousands of workers would be made redundant. It also suggested the production of copper, lead, zinc, silver, gold and other materials was in the national interest.

The activist group that I was a part of, on the other hand, argued the emissions simply could not be tolerated, as they represented a threat to both the ecology and the people living around the Baltic Sea. It was our view that if emissions could not be significantly reduced, then production should be shut down.

Stronger together
Our group had a broad make-up, comprising fishermen, workers at the plant, technicians and other citizens who had a very good knowledge of the processes involved at the smelter. We maintained there was technology available that could eliminate these emissions, but at that time there was a major issue for the Swedish trade unions, as they were being asked to balance environmental questions against work opportunities. Finally, the central trade union organisation, LO, decided environmental issues should take priority.

Subsequently, Boliden made efforts to ensure the smelter at the Rönnskärsverken plant was one of the cleanest in the world. The company even started a subsidiary firm to develop green technology and sell it to the market.

Today, the wastewater from the plant is cleaner than the water pumped into the plant. The gigantic chimney that was a landmark for ships has been demolished because there is no longer any use for it. Although fish caught in the Baltic Sea should still only be eaten in small quantities due to high levels of heavy metals and other pollutants, the environmental situation surrounding the plant is much improved. We may never know what impact our activist group had on Boliden’s decision to adopt a greener approach, but we can certainly be proud of our efforts.

Over the years, I have also worked as a trade union official specifically tasked with answering workers’ environmental questions. One particular project focused on the sustainable production of clothes and improved working conditions for textile workers. The project was savagely attacked by the textile workers’ trade union, which launched an attempt – in true McCarthyist style – to condemn the three project leaders as communist troika aiming to destroy the Swedish trade unions. As the other project leaders and I were known to be trustworthy supporters of trade unions, LO chose not to back the individuals trying to derail the project.

However, our efforts to develop sustainable textile production in Sweden did not succeed either. The huge negative environmental impact of cotton production, coupled with the textile industry’s immense waste stemming from our ‘fast fashion’ culture, was not strong enough to flip public opinion. Perhaps when we have to start eating insects fed on waste, mankind will understand that using land and water for food production, instead of for textile fibres, is a better use of resources. Unfortunately, the demand for profit is pushing mankind to the edge of starvation.

New beginnings
At the beginning of the 1990s, I decided to leave trade unions behind and, after a few years, ended up searching for ways to recycle rubber. My mentor was Sture Persson, a world-renowned scholar in the rubber industry and Head of Research and Development at Skega. After soaking up much knowledge, I eventually partnered with an American inventor to develop a patent in the US, while also forming EcoRub in Europe.

Our technique uses alpha-olefin copolymers to create a strong bond between thermoplastics, such as polyethylene or polypropylene, and particles of rubber. This creates a thermoplastic hybrid material that has production times that are just 10 to 20 percent of those experienced with vulcanised rubber.

The technical properties are in the range displayed by ‘normal’ vulcanised rubbers and of thermoelastic materials. The weatherability is excellent and the material can be reinforced with organic fibres to make a very resilient substance suitable for outdoor furniture and automobile parts, among other uses.

Then, in 2010, EcoRub became the first Swedish company to be granted funding from the EU’s Eco-innovation programme. Later in the same year, the company was taken over by venture capitalists and it was decided it would be better served by a more narrow focus. EcoRub began to target the geomembrane market only, and my broader vision for the company was abandoned. As a result, I decided to take my pension in 2014.

Back to basics
The venture capitalists decided to invest heavily in their vision for the company, spending €2m in less than two years. However, their efforts to establish a geomembrane business were not successful and, in spring 2016, all the equipment was sold to pay off debts. As the company prepared for liquidation, some dissatisfied shareholders and I took over the business, raising €200,000 in the hope of restoring EcoRub to its original purpose. Unfortunately, hidden debts quickly consumed the money we had raised.

But I still had faith in the company, and an offer of funding from the Bracknor Investment Group gave us the opportunity to pursue our original aims. Bracknor was willing to fund the company with €3m in tranches of €250,000. The first tranche was paid in November 2017 and was used to expand our sales division, as well as purchase additional laboratory and production equipment.

In April, EcoRub bought a 6,000sq m industrial property (a former bakery) for €450,000 with money borrowed from EcoRub Chairman Svante Larsson. Then, in May, we created the solid foundations for the revival of EcoRub by starting projects in the automotive industry in China and Italy, alongside a geomembrane project in Romania.

What’s more, we will have a functioning laboratory by the summer and the production of rubber pellets should begin by autumn of this year. Once that is underway, we are going to invest in equipment to make rubber sheets, injection-moulded items and extruded products, as well as further expand our sales team.

The market for recycled rubber is very large, and it is possible to use discarded materials to create high-quality products that meet the strict technical standards set out by a wide range of industries. Despite some setbacks along the way, EcoRub’s vision of a world where both the environment and its workers are taken care of is getting closer every day.