The need for sustainability brings challenges to nearly every sector. Road infrastructure is one area where new technology and innovative design have spurred the creation of a holistic range of environmentally friendly products 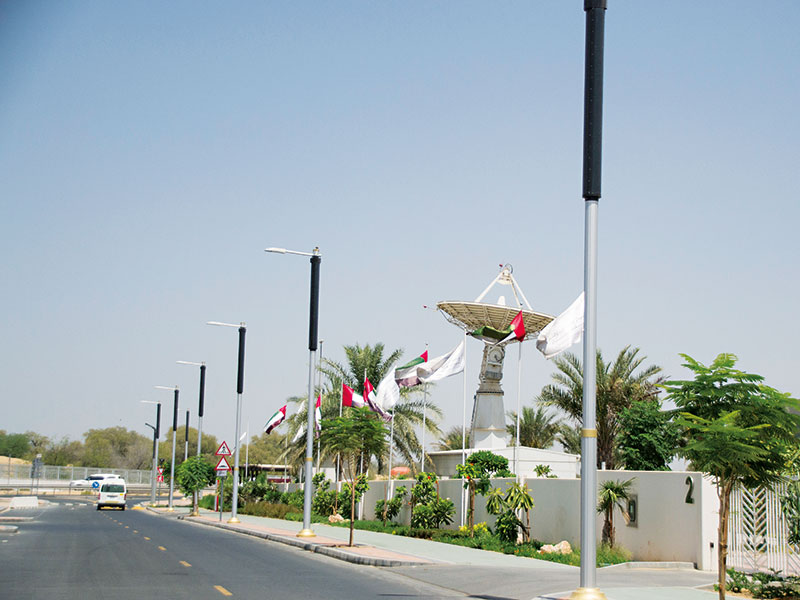 In recent years, the business world has adapted to deal with one big issue: sustainability. The urban planning sector is no exception, and UAE-based Metrosmart International (MSI) is just one company working to make a difference to the environment and the economy through thoughtfully designed road infrastructure.

Unlike some firms that aim to invent new products, MSI is focused on working with like-minded companies and bringing numerous sustainable materials together in a single product. The firm uses the latest technology to bring smart structural designs to its green product offerings. MSI CEO Christine Nash spoke to European CEO about how the humble street light pole can help save the environment, as well as lives.

Why should sustainability be a key focus for urban planning?
The Industrial Revolution wreaked havoc with the environment, marking the start of mass manufacture and mass emissions production. In today’s post-Industrial-Revolution era, the manufacturing industry has played a major role in the deterioration of human health, as well as the destruction of the natural environment. Large-scale production has also contributed to global warming, causing ice caps to melt and sea levels to rise. Habitats are being flooded and destroyed; in fact, whole islands are disappearing.

Whatever the cost, the world needs to be better educated about why care should be taken in which products are used and how they are manufactured

Legislation that curbs the use of fossil fuels and CO2 emissions must be enforced and the manufacture of carbon-free machinery powered by renewable energies encouraged. Government subsidies need to incentivise green urban growth and support initiatives such as growing plants on building exteriors, a step MSI is already taking with shopping malls and hotels in the Middle East.

Do you think urban areas are on the right track?
This answer varies depending on which country we look at. For example, Scandinavian countries appear to be at the forefront of sustainable urban planning. However, there are many countries, such as China, that have only recently stepped up to the mark. Then we have the US, which has been taking steps backwards since 2016. Generally speaking, much more must be done in most countries, but at what cost? Emerging economies are focused on developing to the same level as high-income countries, a process that would be stalled by the introduction of new environmental regulations. But, the question is, what will be best for our planet?

Whatever the cost, the world needs to be better educated about why care should be taken when choosing which products are used and how they are manufactured. While small groups are making a big effort to save marine life and clear up air and water pollution, governments often state that such action is too expensive and fear losing the support of those with the greatest wealth. The only hope is that a better-educated society with a fairer share of resources will put pressure on those authorities that are less willing to make a change. It is, after all, cheaper and easier to prevent destruction than to repair damage on such an enormous scale.

What are some of your most innovative products?
MSI has designed a holistic range of products and ensures that they work in harmony to contribute to a sustainable future. For example, we are one of the few companies in the world that offers sustainable street lighting. We provide street light poles made entirely from aluminium with no steel core wherever possible. The aluminium is anodised and not painted so there is no need to carry out maintenance.

LED lights are used instead of sodium or metal halide, which use an inordinate amount of electricity, burn out quickly and need to be replaced often. LED lights use minimal electricity and last years without burning out. To enhance these benefits, we provide solar wrapping for the street lights so no electricity is required to power them, and we use long-lasting lithium-ion batteries.

MSI may not have invented these individual elements, but it has packaged them together in one product that is worth far more than the sum of its parts. We believe in collaboration rather than competition and working alongside like-minded companies to achieve the best results for the environment.

MSI uses a great deal of aluminium. Why is it one of the most ecological metals?
Aluminium is the most common element on Earth and also the most recycled. About 80 percent of all aluminium ever produced has been recycled and is still in use, making it quite apparent why the material is considered one of the most environmentally friendly metals on the planet.

What are the environmental benefits of LED lights?
LED light bulbs use 70 percent less power than older lighting systems and last five times as long. Their impressive lifespan means they do not have built-in obsolescence as so many products do, further reducing the waste they produce.

How do MSI street light poles save lives and assist the economy?
We design both frangible and passive safe poles, meaning they break if a vehicle strikes them. Furthermore, our use of aluminium – an energy-absorbing metal that will collapse upon impact – means the vehicle involved in a collision is only slightly damaged and the driver and passengers avoid serious injury or death.

Not only does such design protect those involved in a collision, it also saves money in emergency services and healthcare. Aluminium is more expensive than steel, but ultimately it provides huge benefits to the community, both economically and environmentally.

Why should other authorities use this technology?
All government authorities involved with road infrastructure should encourage the use of aluminium passive safe poles, but they should also promote the use of smart poles. As well as bringing light to urban areas, smart poles house features such as street signs, traffic lights and security cameras.

Due to their multifunctionality, they are not only much more practical than ordinary street lights but require fewer poles to be produced. They are essentially much more environmentally friendly; they can even be used as charging stations for electric cars, making the move away from petrol cars easier.