Education key to managing the threats posed by new technology

International security faces a new threat landscape. To remain protected amid the exponential growth of technology, countries must address their education strategies 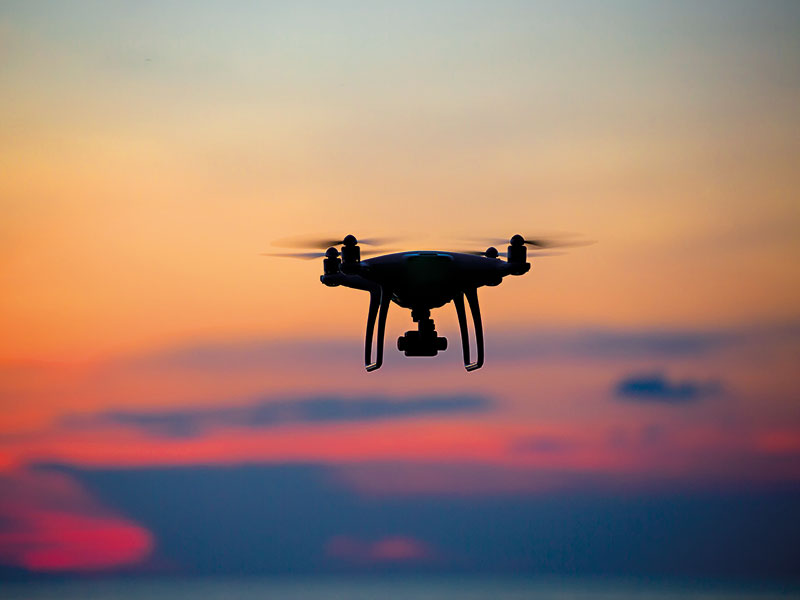 More than 1,000 flights were cancelled after a drone was flown illegally over Gatwick Airport's runways on December 19, 2018
Industry Outlook

Just before Christmas on December 19, 2018 – one of the busiest times of year for air transportation – Gatwick Airport was forced to close for 36 hours. During this time, more than 1,000 flights were cancelled, affecting in excess of 140,000 passengers. The reason: a drone was flown illegally over the airport’s runways.

Although two individuals were arrested and later released with no charges, at the time of printing, no one has yet been convicted for the crime that is estimated to have cost at least £20m (€23.7m) for the airport and various airlines. In order to prevent a repeat of such a chaotic scenario, Gatwick Airport has spent £5m (€5.7m) on a new anti-drone system.

Traditionally, only nations could wield power internationally; nowadays, with emerging technologies, any one person can potentially have a strategic impact

Little under a month earlier, He Jiankui, a Chinese researcher and entrepreneur involved in two biotech start-ups, posted a video on YouTube claiming that newborn twin girls Lulu and Nana were resistant to HIV. He also claimed to have genetically modified their genes at the embryo stage by deleting the CCR5 gene, which is known to assist in white blood cell function and is key to the development of HIV.

He allegedly used the gene-editing tool CRISPR-Cas9 to achieve the feat. This technique was first harnessed for genome editing in 2013 and offers a relatively quick, easy, reliable and cheap way to target specific genetic sequences. Since then, biohackers have used CRISPR-Cas9 to treat various viruses, such as herpes, or to promote muscle growth outside of any ethical or medical framework.

New threats
Drones have been in development since the 1950s, but they only became commercially available in the early 2010s. Commercial drones can now be found on the internet for a few hundred euros or, with additive manufacturing technology, can be created with 3D printers. Similarly, CRISPR technology was invented in the post-sequencing era of the 2000s.

The first sequencing of a human genome cost $2.7bn (€2.4bn) and took 13 years to complete; today, the process costs around $1,000 (€879) and can be carried out in just 24 hours. One US company has even revealed plans to commercialise a technique that costs $100 (€88) and sequences the human genome in a matter of hours.

One of the key characteristics of emerging technologies is that their growth and reach is exponential. In computer science, for example, Moore’s Law suggests the processing power of computers will double roughly every 18 months. Last year, however, it emerged that the processing power used in the largest artificial intelligence models had doubled every 3.5 months between 2012 and 2018. This represents a more than 300,000-fold increase, far greater than the expected 12-fold increase based on Moore’s Law. The great pace at which these technologies are progressing presents new threats. Think of whistleblowers Edward Snowden and Chelsea Manning, who stole volumes of data – ranging from hundreds of thousands of documents to a few million – that no individual could ever have dreamed of until recently. Companies are not immune to such behaviours either. While the scope of potential threats widens to the individual level, exponential growth represents a huge challenge to governance. The human brain is wired to think in linear terms. In the face of exponentiality, however, policies based on linear principles will become increasingly irrelevant as time passes.

Faced with these challenges, anticipation and foresight will be key to any organisation, be it a nation state or a company. As such, we need to shift our education system so as to create not only ‘hyper specialists’, but also polymaths – people who are able to see the big picture and think in strategic terms.

For this revolution to occur, a change of mindset in education will be required – one that will value cross-disciplinary tuition across engineering, humanities and sciences (both hard and social), as well as continued training throughout entire careers.