We’ve done serious damage to our planet, but by readdressing how we travel, we can stop this current course and perhaps even reverse it 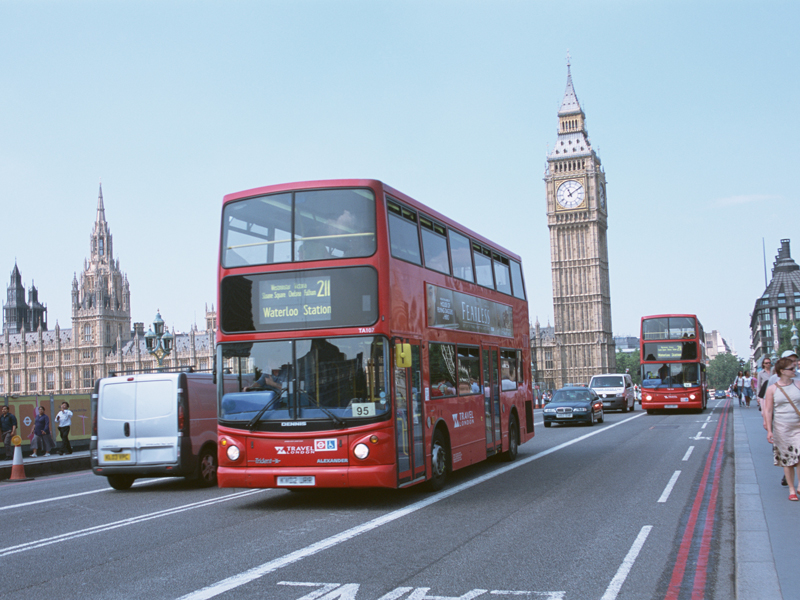 By the end of 2020, the Go-Ahead Group will have 178 electric buses, and it has committed to ensuring that its entire fleet is emission-free by 2035
Industry Outlook

We’re addicted to cars. There are more than one billion motor vehicles on the road globally – that’s one car for every seven people. According to Bernstein Research, that number could double by 2040 if we continue along our current trajectory.

The prospect of two billion vehicles attempting to navigate the world’s highways offers a vision of nightmarish congestion. Even factoring in a gradual shift to lower emissions, it can only lead to poorer air quality in many parts of the world.

In order to avoid this predicament, it’s crucial that we turn our attention to public transportation. A single fully loaded double-decker bus can remove as many as 75 cars from the road, but we can’t force people out of their vehicles: they will only make the switch to public transport if we ensure that mass transit is as attractive, affordable, convenient and sustainable as possible.

Green shoots
As one of Europe’s largest public transport providers, the Go-Ahead Group takes its responsibilities seriously. Our services account for one billion journeys every year across the UK, Ireland, Germany and Singapore, and will shortly be up and running in Norway, too. Countless people depend on us to get them to work each day; in rural areas, our services are vital. Without them, people would be left isolated – unable to access shops, healthcare, education or employment. As such, we’re committed to working in partnership with local authorities and transport bodies to determine what services are required, not just on an immediate commercial basis, but also in terms of long-term social and economic inclusion.

At Go-Ahead, we are doing well: we provide trains that actually produce renewable energy and buses that remove harmful pollutants from the air

According to the World Health Organisation (WHO), air pollution kills an estimated 4.2 million people worldwide every year, which means providing communal transportation is simply not enough. At Go-Ahead, we have slashed carbon emissions across our services by 30 percent in just three years, and by nearly 70 percent over the past decade. When thinking about transport’s environmental impact, society instinctively considers the output and emissions produced by vehicles, but we need to think bigger. As a transport company, we observe humanity’s impact on the planet, and it’s our responsibility to always be thinking ahead. Consequently, we are fully focused on taking green transport to the next level.

I have been working in the transport industry for more than 35 years. One of my first jobs was managing a bus garage in London; I have seen how both the accepted and expected standards of environmental action have evolved. At Go-Ahead, we have one of the largest fleets of electric vehicles in Europe, as well as the UK’s first all-electric bus garage in Waterloo, London. By the end of 2020, we will have 178 electric buses across the Go-Ahead Group, and we have committed to ensuring that our entire fleet is emission-free by 2035. As a result of this push towards sustainability, I am delighted to have been named Best CEO in the Sustainable Transportation Industry in the 2019 European CEO Awards.

Fresh outlook
Climate change is a monumental problem to tackle, but that doesn’t mean we can’t be the catalyst that inspires action in the transport sector. Choosing to ride a bus instead of driving a car is something we want to be considered as a more convenient and quicker way into work – beyond that, we want people to recognise it as the responsible way to travel. Our new Thameslink trains, for example, use regenerative breaking, which produces enough energy to power the whole city of Cambridge for 185 days, transforming the daily commute into a source of power.

In an increasingly ethically minded society, meeting the needs of the customer includes meeting their environmental goals. We know that buses reduce climate impact by taking cars off the road, but we must also consider the damage that has already been done. Feigning ignorance won’t get us anywhere. It is through this critical way of thinking that we conceived the air-filtering bus, which leaves the air behind it cleaner than the air in front of it.

For more than six months now, we have mounted an air filter on a Bluestar bus in Southampton, where it runs in the city centre. We chose Southampton because the WHO had previously highlighted it as a city with unsafe levels of air pollution. To date, the filter has collected 65.1g – a little more than the weight of a tennis ball – of particulate matter from the air. These pollutants, which stem from a variety of sources, would otherwise be floating invisibly in the air, causing harm. The results have attracted immense interest from the press and politicians alike. As such, we have decided to expand the trial to include five buses, with prospects for further deployment if it continues to prove a success.

Similarly, in Oxford, we are launching our first fully electric double-decker bus, the batteries of which will use energy generated by Go-Ahead’s own solar panels, making it a sustainable travel option all round. While it’s not a solution to air pollution, it shows that innovation and a little lateral thinking can make a significant contribution to the fight against climate change.

A fundamental approach to protecting our planet is setting goals – it puts visible pressure on us to keep improving, innovating and changing to better our own outcomes. Just as importantly, it puts pressure on competitors and the wider industry. For instance, this year we introduced an industry-first Sustainable Procurement Charter, which sets standards across the supply chain on a number of core issues, from a commitment to employee equality and a cleaner environment to fostering stronger community ties. By eliminating unpaid work and enforced zero-hour contracts, as well as committing to both gender pay gap reporting and the creation of action plans to target the issue, we are showing the industry what type of business we are proud to be and tackling sustainability from every angle.

Moving up a gear
Sustainability means so much more than just managing our carbon footprint. It’s creating a service that proves beneficial to our climate and our air quality, as well as to the lives of individuals and families. In a society that is suffering from loneliness, stress and burnout, we believe it’s vital to create a network that promotes social inclusion and integration. For that reason, we set up the ‘chatty bus scheme’, training our staff to be more responsive to passengers and introducing ambassadors to encourage communication. If we can make public transport a positive place to be while also promoting mental wellbeing, then maybe we can convince more people than ever to stop using cars for their daily commutes.

As a significant European transport operator, we have a lot of responsibility on our shoulders. Fortunately, we’re in an industry where we are able to share that power and responsibility: as individuals, we can decide how sustainably we travel; as businesses, we can define what green travel options we offer; and as governmental authorities, we can choose to invest more into the improvement of climate-conscious transportation. The fight against climate change goes far beyond the here and now – it is about the future and the world we want to leave behind for future generations. We know the impact our actions have on the world, so it is up to us all to act on that knowledge rather than claim ignorance – to constantly plan and find new ways of safeguarding our future.

What this means for the transport industry is an absolute refusal to become complacent. At Go-Ahead, we are doing well: we provide trains that actually produce renewable energy and buses that remove harmful pollutants from the air. But, quite simply, doing well will never be enough. We must remain committed to constantly improving, pushing the bar of best practice by competing with both our peers and ourselves. Can we make public transport the new leading supplier of renewable energy? Can we create bus filters so effective that they can reverse the harm already done to the air we breathe? It may all seem too far-reaching to be real, but we certainly won’t make great achievements if we only aim for the realistic, rather than the ambitious.