Europe’s wine industry is facing an uncertain future as global warming threatens the viability of today’s vineyards. Winegrowing is a profession rooted in tradition, but the modern industry must embrace change 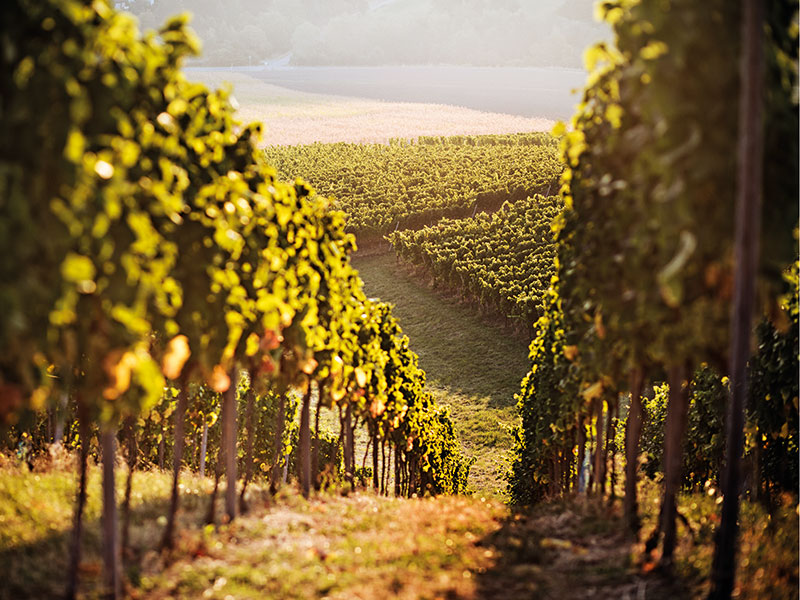 The wine industry has been rocked by the warming climate, with the most notable change being that current harvests come at least two to three weeks earlier than they did in the 1980s
Lifestyle

Over the past three decades, the fine wine market has trampled traditional commodities such as gold and oil in terms of annual growth. According to the longest-running index, fine wine has notched a yearly compound growth rate of 11 percent, more than double gold and oil’s four to five percent.

Home to premium growing regions in France, Spain and Italy, the EU is the world’s leading producer of wine. The EU accounts for 45 percent of winegrowing areas in the world – with more than three million hectares of land covered in vineyards – and 65 percent of global production. Between 2009 and 2014, 167 million hectolitres were produced annually.

Now, the future prosperity of Europe’s wine industry is at risk. The warming climate is expected to lead to a “huge shake-up in the geographic distribution of wine production” in the coming decades, according to a study published in the scientific journal Proceedings of the National Academy of Sciences of the United States of America in 2013.

With Europe being one of the most at-risk regions, the grapes that have made certain regions synonymous with rolling green vineyards could produce unrecognisable wines in mere decades.

Heating up
The European wine market is undeniably on the brink of great change. But for winegrowers, the question is not what will happen in a couple of decades’ time but what is happening right now. “I think it’s important to note we’re already seeing impacts of climate change on winegrowing in Europe,” Elizabeth Wolkovich, an ecologist and associate professor of forest and conservation sciences at the University of British Columbia, told European CEO.

The industry has been rocked by the warming climate, with the most notable change being that current harvests come at least two to three weeks earlier than they did in the 1980s. “Many regions that were harvesting in mid-October regularly before warming are now harvesting in mid-to-late-September often,” Wolkovich said. “And the trend appears to be continuing: in 2017, in France, the harvest was six weeks earlier than average in some areas.”

For finicky grapes, even subtle changes in the weather can have a make-or-break effect on their chemistry

For finicky grapes, even subtle changes in the weather can have a make-or-break effect on their chemistry and the quality of wine they produce. In colder temperatures, grapes do not completely ripen, resulting in high acidity, low sugar and bitter, unripe flavours. Conversely, hotter temperatures produce overripe grapes with low acidity, high alcohol content and cooked flavours.

These changes are only expected to intensify over the coming years. Wolkovich explained: “Europe is expected to warm more than many other places on Earth, so it faces some of the greatest warming of major winegrowing regions, which is a major challenge to the industry.” Over the next 50 years, Europe’s temperature is expected to warm by three to five degrees Celsius. This will prompt “radical” advances in harvest dates, Wolkovich said, not to mention the fact that warming temperatures and increased humidity could cause a rise in the presence of pests and insect-borne diseases.

What’s more, as explained by Giles Cooper, Head of Marketing for BI, one of the largest fine wine merchants and traders in the world, climate change is about more than just changing temperatures. While small variations in climate can have significant effects on the profile of a region’s wines, extreme weather incidents connected to climate change are what will really make life difficult for winegrowers.

“These events might include unseasonal frosts or isolated heavy precipitation – particularly the dreaded grêle, or hail – both of which can cause untold damage to the vine and its chances of delivering a full and healthy crop,” Cooper said.

What’s in a grape?
The harshest estimates peg the losses in grape suitability at as much as 70 percent in premium winegrowing areas, and – according to a paper by Michelle Renée Mozell and Liz Thach in the journal Wine Economics and Policy – “vast portions” of Europe on the Mediterranean coast, especially Italy, Greece and France, might become completely inhospitable to grape production by 2050.

Soon, a glass of Burgundy may more closely resemble a Bordeaux, and winemaker Pascal Chatonnet has warned that Bordeaux wines could become fruitier and have a lower alcohol content by the middle of the century.

European winegrowers face additional pressures from substantial restrictions on what varieties of grapes they can plant. One answer to climate change could be for vintners to begin planting some of the hundreds of varieties of grapes that are better adapted to warmer climates and droughts, but strict labelling laws limit the degree of diversity growers can pursue.

For instance, there are only three varieties of grapes that can legally be labelled Champagne, and only six red grapes can contribute to Bordeaux. Wine markets in many countries are dominated by just a handful of varieties of grapes. In Wolkovich’s opinion, this limits how winegrowers can adapt to climate change and, unless Europe’s labelling laws are adjusted, will make the region less resilient than other areas.

However, these laws carry a deep tradition and play into the idea of terroir, a term that encompasses the entire natural environment in which a wine is produced, including the soil and climate. The terroir is said to be the vital link between where a wine is grown and its flavour. Climate and soil type can account for as much as 75 percent of a wine’s quality, but terroir also embodies the traditions and history cherished by winegrowers. For vintners, it is not just the climate that is changing, but also the identity they have established over centuries and the flavour that is characteristic to their region.

Investing in the future
Over the past few years, Italian winegrowers have discovered just how destructive even a fractionally warmer climate can be to their harvest. Vintners in the top-producing region where Prosecco and Pinot Grigio are grown told The Washington Post that their grapes were ripening more quickly, burning in the hot summer sun and falling victim to more diseases.

The degree to which a winegrowing region will be impacted by global warming depends on its specific location in Europe and how much that region is projected to warm, as the hotter areas will have fewer options to help them cope with the warming climate. This will not spell disaster for everyone, though: cooler areas currently located on the fringes of wine producing regions could soon muscle their way into the premium segment. The warming climate means places such as the south of England – and, beyond Europe, Northern China and Upstate New York – will soon be able to grow a greater variety of grapes.

England, for one, is beginning to mimic a perfect climate for producing Champagne, according to Mozell and Thach. A rise of one to two degrees Celsius would allow English grapes to develop more sugar and phenolic ripeness, which softens the acidity and influences the colour, flavour and aroma of wine. This would create a big growth opportunity for the country’s burgeoning wine market.

However, England would have a long way to go to catch up with a wine-producing giant like France. According to Eurostat’s 2017 figures, the UK had just over 1,500 hectares of vines in production compared with France’s more than 760,000 hectares. In 2014, the International Organisation of Vine and Wine found that France produced 47 million hectolitres of wine, compared with the UK’s meagre 47,000 hectolitres.

The impact of the changing climate will also be determined by how individual growers respond. Although controversial, the best way to reduce the impact of global warming on a certain region is to swap the varieties of grapes used. Hybrid grape varieties such as Petit Verdot, which fares well in warmer climates, could replace the more delicate Pinot Noir, for instance.

Aside from that, winegrowers can reduce the effects of global warming by working to manage the microclimates around their vines, using strategic trellising practices, changing irrigation practices or introducing water-efficient micro-misters and wind machines. Shade cloths can also help balance the amount of sun grapes receive, and altering rootstocks, or replacing the root system of a vine, can improve water and mineral absorption.

Some Californian winegrowers have taken to training owls and falcons to control the increasing number of pests without using pesticides, according to a report in The New York Times. The report also detailed how winegrowers can use drones to detect moisture by monitoring the colour of the vegetation.

What’s more, a growing number of winegrowers are taking it upon themselves to make their vineyards more energy efficient. “[For] growers who do nothing, we expect [they] will see large negative impacts,” Wolkovich said. “Growers who respond actively and proactively will cope much better.”

Uncertain times
Despite the disruption climate change has caused to winegrowers in recent years, 2018 marked a year of strong performance in the fine wine market. Burgundy, Bordeaux and Champagne all performed well for investors last year, and on the back of widespread global demand – with positive growth in Asia as well as the traditional markets of Europe and the US – the outlook for 2019 is encouraging, Cooper said.

But Cooper also warned that some of the world’s best wines for investors would likely be vulnerable to the changing climate: “The ‘safest’ winegrowing areas know what their weather is likely to be year in, year out – and yet those that make the finest wines are often located in more ‘marginal’ areas. Great wine is all about balance, and that is often achieved by living on the knife edge of underripe and overripe.” These marginal areas could become even more inconsistent, which would likely reduce the availability of the best wines.

For those already invested in these fine wines, there is a chance their asset could grow in value more rapidly than before due to the lower supply and increased global demand. But for investors who are new to the wine market, gaining access will become even harder.

However, the fine wine market will be fundamentally influenced by how vintners adapt to the disruptions caused by climate change. Flexibility will be vital, and that means regulatory institutions must get to grips with this threat for the survival of the industry.

Increased flexibility for winegrowers in terms of grape varieties will offer the adaptability the industry needs, up to a point, Wolkovich said. But the process of changing grape varieties is long, with new vines taking up to five years to produce their first fruit, so action is needed now.

In the grand scheme of things, if society is plunged into an apocalyptic climate scenario in the latter half of the century, which sees us struggling to feed ourselves and find clean water, most of us will not mourn the loss of a late-night glass of red wine. But as Mozell and Thach put it: “Though wine is not essential to human survival, wine is an important product of human ingenuity.”

Wine is not merely fermented grape juice. It has transformed into a cornerstone of numerous cultures around the globe and is intrinsically tied to the economies and histories of many countries. But at the same time, it is just another crop that is reliant on a supportive climate for its survival.

There is no doubt that global temperatures will rise in the coming decades, but the big question for vintners going forward is by just how much. The difference between two and four degrees Celsius could be vast and, as Wolkovich said: “Humans have tremendous control over that answer, and it’s critical to what the future of wine looks like.”